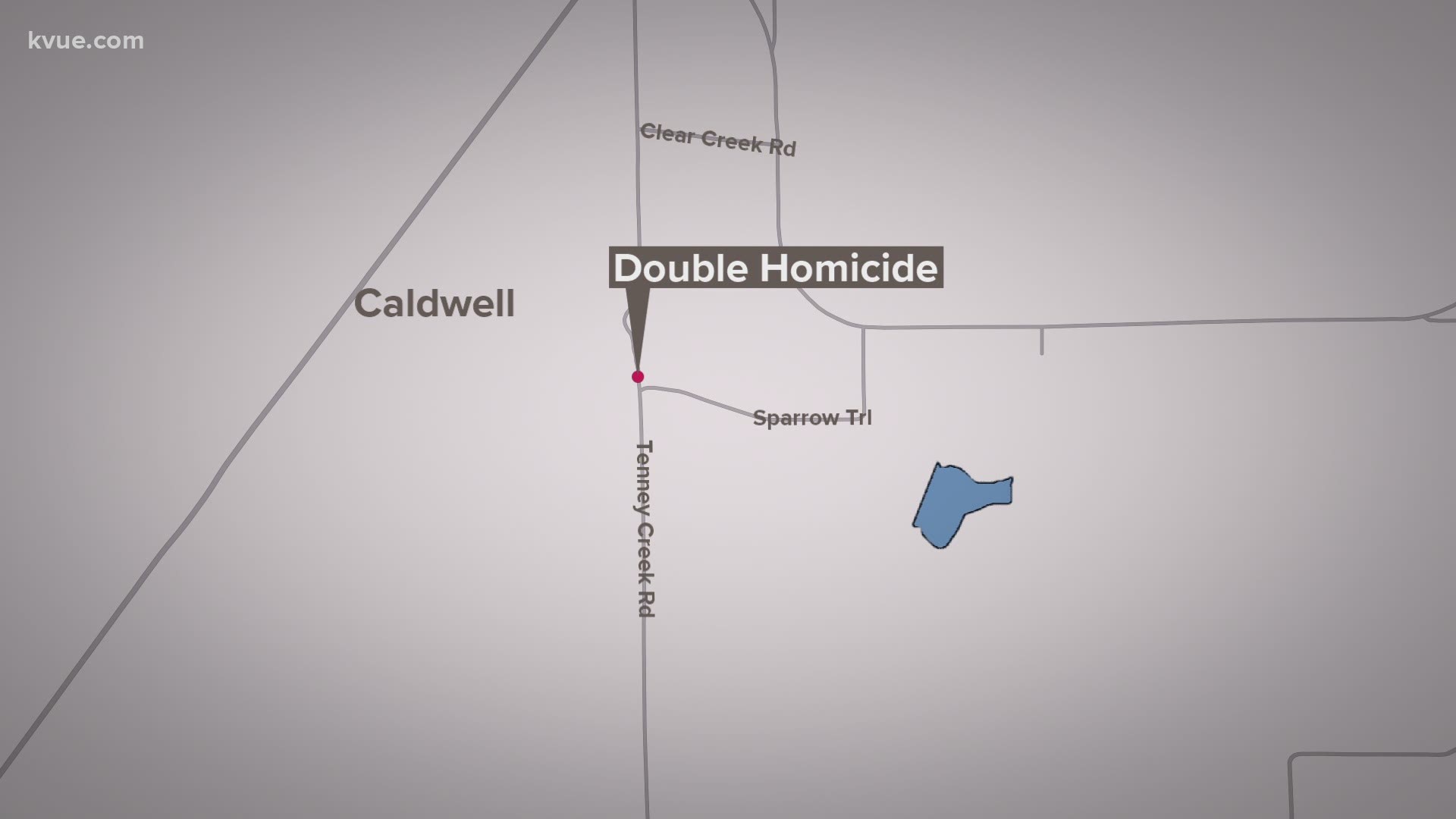 CALDWELL COUNTY, Texas — An Austin man has been arrested and charged in connection with a shooting that left two people dead in Caldwell County on Tuesday evening.

According to an affidavit, 34-year-old Bryan Haynes told his brothers he was being chased by "aliens" in an ATV and indicated that he had shot the two "aliens" with his gun, emptying two 17-round magazines and two 10-round magazines.

According to the Caldwell County Sheriff's Office, Haynes was arrested at a home in Bastrop County on Thursday afternoon.

Haynes is accused of killing 18-year-old Klayton Manning and his 16-year-old cousin near the 4400 block of Tenney Creek Road in Tilmon on June 9.

Sheriff's deputies found their bodies near the area along with a utility vehicle, and it appears as though the victims were driving down the road when they encountered the suspect.

A community prayer vigil will be held in Luling, Texas, on Sunday, June 14 from 6 p.m. until 7 p.m. at Longer Park. For more information, click here.

The Southeast Caldwell County Volunteer Fire Department said in a Facebook post that they would be escorting Manning and his cousin back to Luling from Austin on Monday, June 15 at 10 a.m.

Haynes is being held in the Caldwell County Jail with a $500,000 bond on a capital murder charge. He is the only suspect in the case.