The crash happened at the 18800 block of Highway 29 on Sunday afternoon. 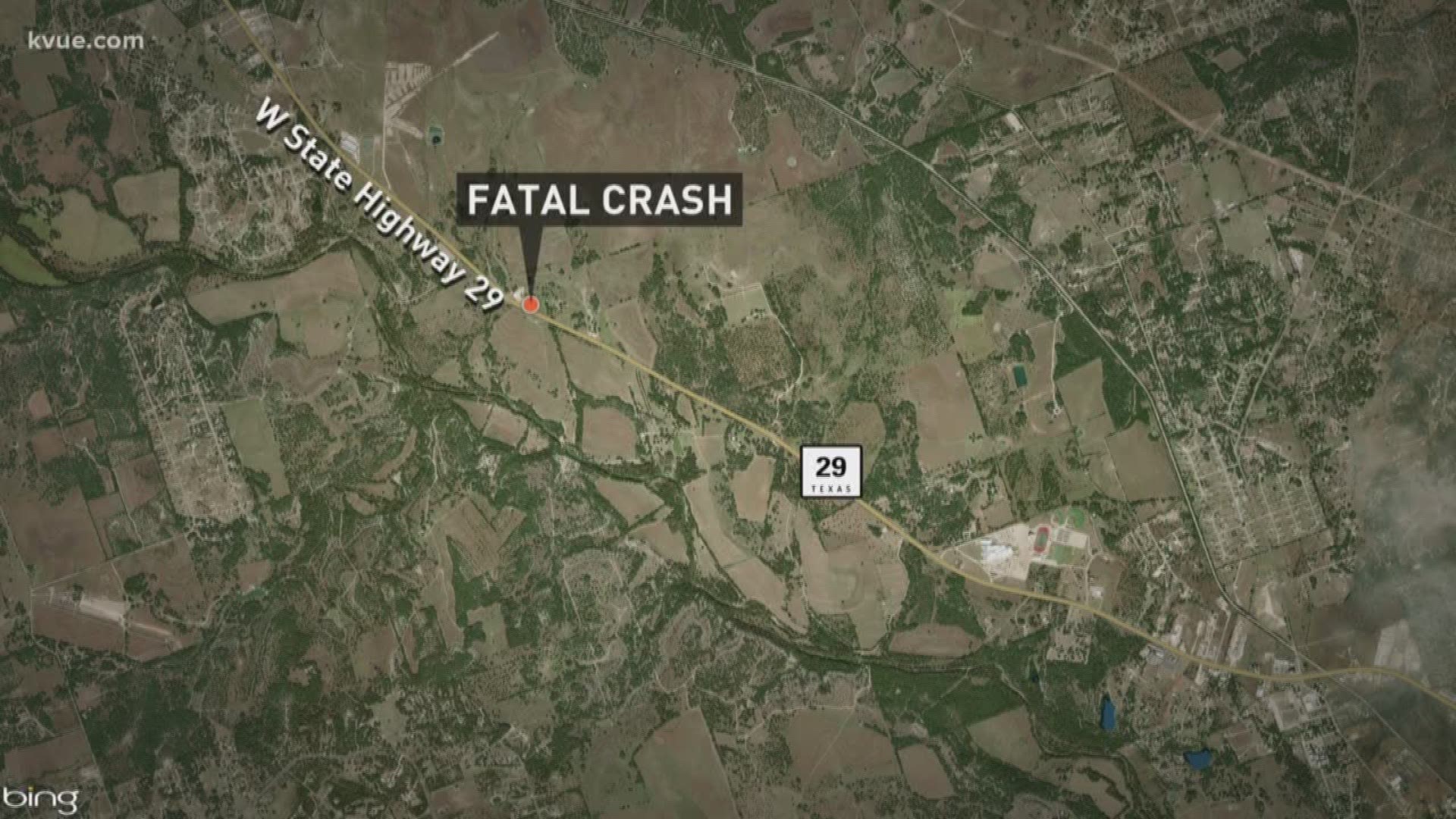 WILLIAMSON COUNTY, Texas — At least one person is dead and several people are injured after a crash in Liberty Hill, Sheriff Robert Chody said.

Officials later confirmed three adults and five children were hospitalized. Two of the kids were airlifted.

The crash happened at the 18800 block of Highway 29 on Sunday afternoon.

Multiple lanes were blocked and police advised motorists to proceed with caution and find alternate routes. The roadway was opened a couple hours later.

The Department of Public Safety is investigating.