Trump supporters gathered at the Governor's Mansion Nov. 14 to protest the results of the election. 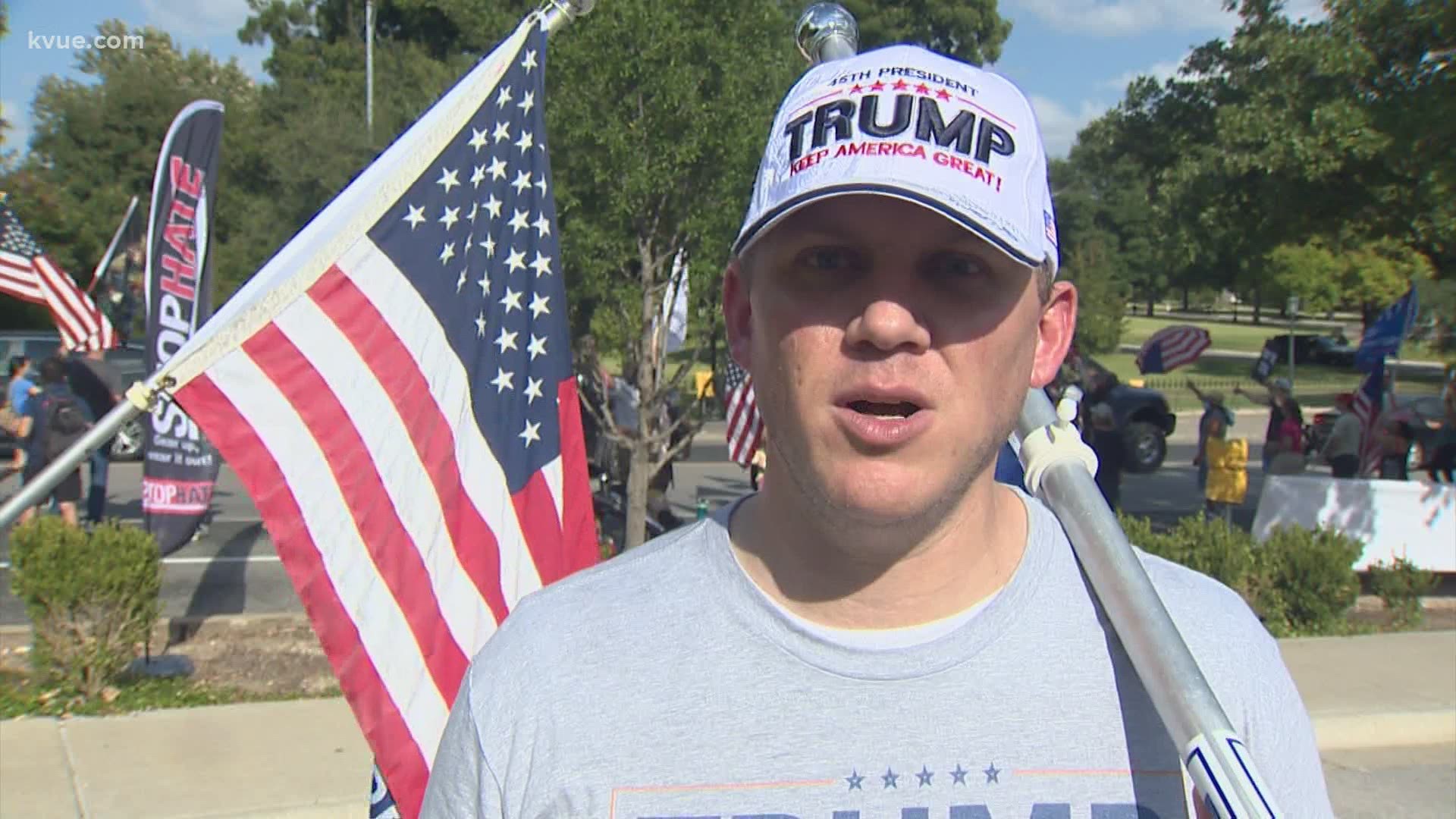 AUSTIN, Texas — Supporters of President Donald Trump have gathered in Downtown Austin a week after the news that President-elect Joe Biden was projected to win the 2020 presidential election.

Trump supporters gathered at the Governor's Mansion Nov. 14 to protest the results of the election.

Sarah Asch, a reporter at the Austin American-Statesman, posted a video of supporters who had gathered at the Governor's Mansion.

1 / 5
Dennis Thomas, KVUE
Trump supporters gathered at the Governor's Mansion Nov. 14 to protest the results of the election.

Asch estimated that several hundred people were in attendance at the rally where speakers made claims of censorship and election interference by social media companies.

This comes one week after people poured into the Downtown Austin streets on Nov. 7 to celebrate and protest moments after the Associated Press called the U.S. presidential election for Biden after calling Pennsylvania. Later that day, the AP also called Nevada for Biden.

President-elect Biden has surpassed the 270 electoral vote threshold to take the White House and become the 46th president of the United States.