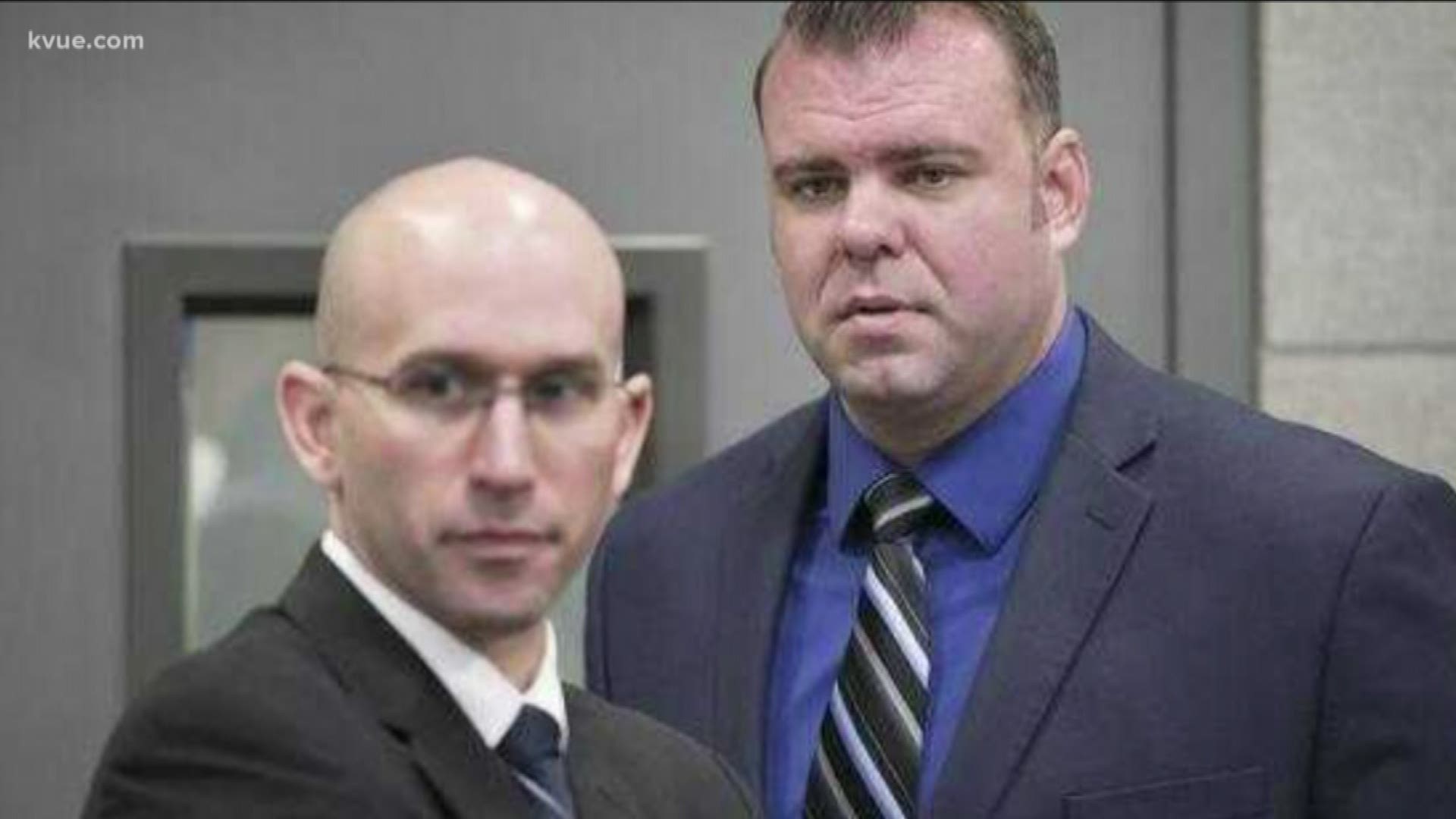 AUSTIN — A jury decided two Austin police officers, Robert Pfaff and Donald Petraitis, are not guilty of using excessive force after they used a stun gun on a man during February 2018.

The jury came to a decision Thursday around 11:15 p.m. after almost six hours of deliberation.

3 Austin officers indicted in connection to use of force incidents

The officers said this man -- Quentin Perkins -- was in a crowd at a shooting scene in February. They said he walked away from them and they ordered him to the ground. The officers' body cameras showed the man was on his knees with his hands in the air when one of them tased him.

Perkins said he is not happy with the outcome from late Wednesday night.

Austin Police Association President Ken Cassady was also at the hearing Wednesday night and was critical of the fact that the situation got to this point.

"It is not fair to anyone that an indictment was handed down within 12 days of handing it to a detective," Cassady said. "We felt like there was a rush to judgement and more thorough investigation could have been done if the investigators were not pressured by the chief's office and subsequently the DA's office."

"The actions taken by officers Pfaff and Petraitis were reasonable and appropriate and this verdict supports it," Cassady said. "Officers working to keep our city safe every day are not given the benefit of pausing a video to spend hours and hours analyzing a situation. "