The 14-year-old was arrested for aggravated assault but is expected to face upgraded charges. 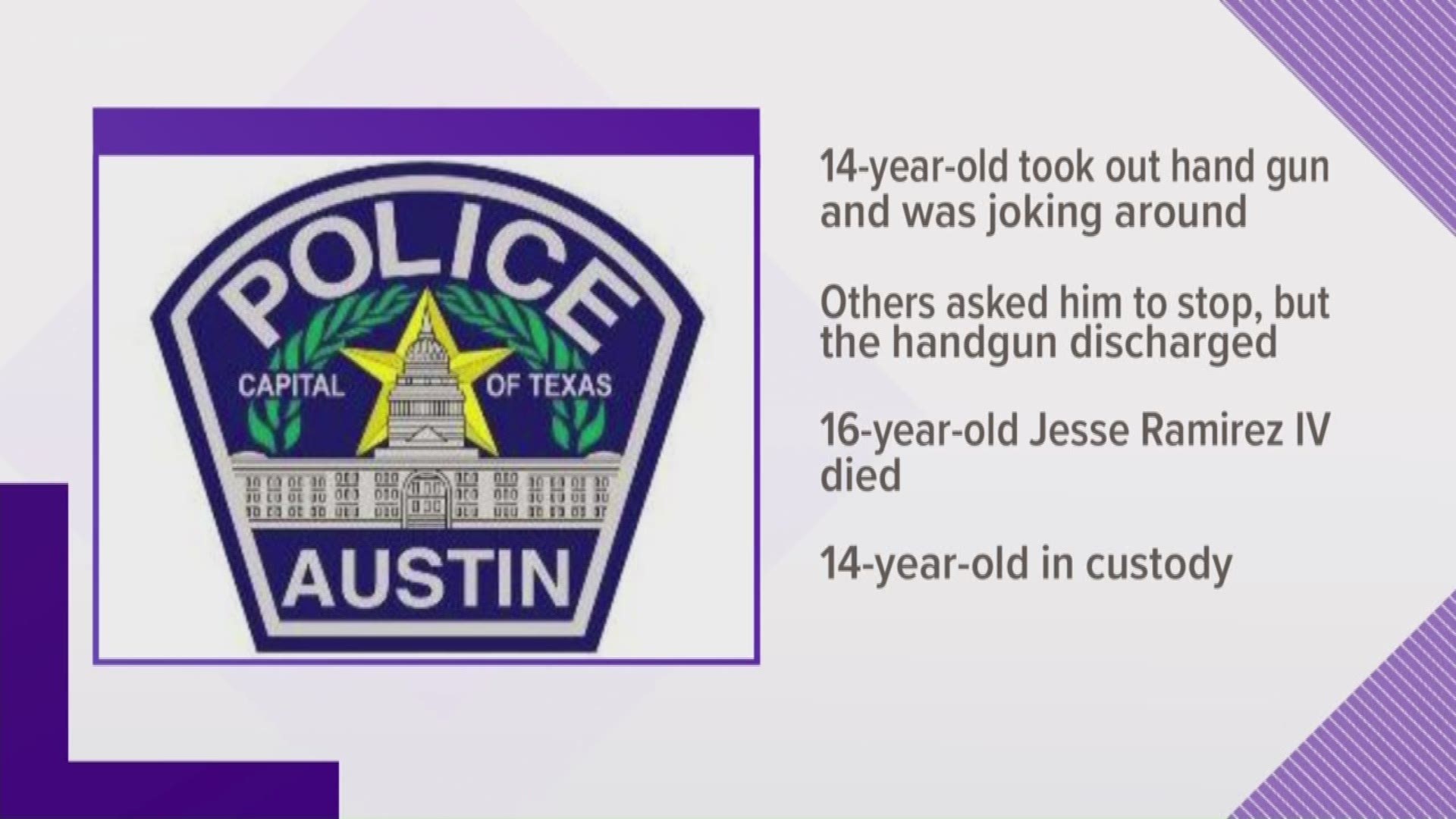 AUSTIN, Texas — A 16-year-old is dead after being shot by a 14-year-old playing with a handgun in southeast Austin, police said on Monday.

The incident happened at the 2600 block of Collins Creek just before 5 p.m. on Thursday, APD said.

The teens were playing video games when the 14-year-old allegedly pulled out a gun and jokingly pointed it at the others.

The other juveniles asked the 14-year-old to stop, police said, before the handgun discharged and shot 16-year-old Jesse Ramirez IV.

Ramirez was taken to St. David’s South Austin Medical Center. He died the next day.

The 14-year-old was first arrested for aggravated assault but is expected to face upgraded charges.