111-year-old Richard Overton, the oldest living World War II veteran, has lived in his East Austin home since the 1940s. But his historic home just got a few modern upgrades, many for his safety. 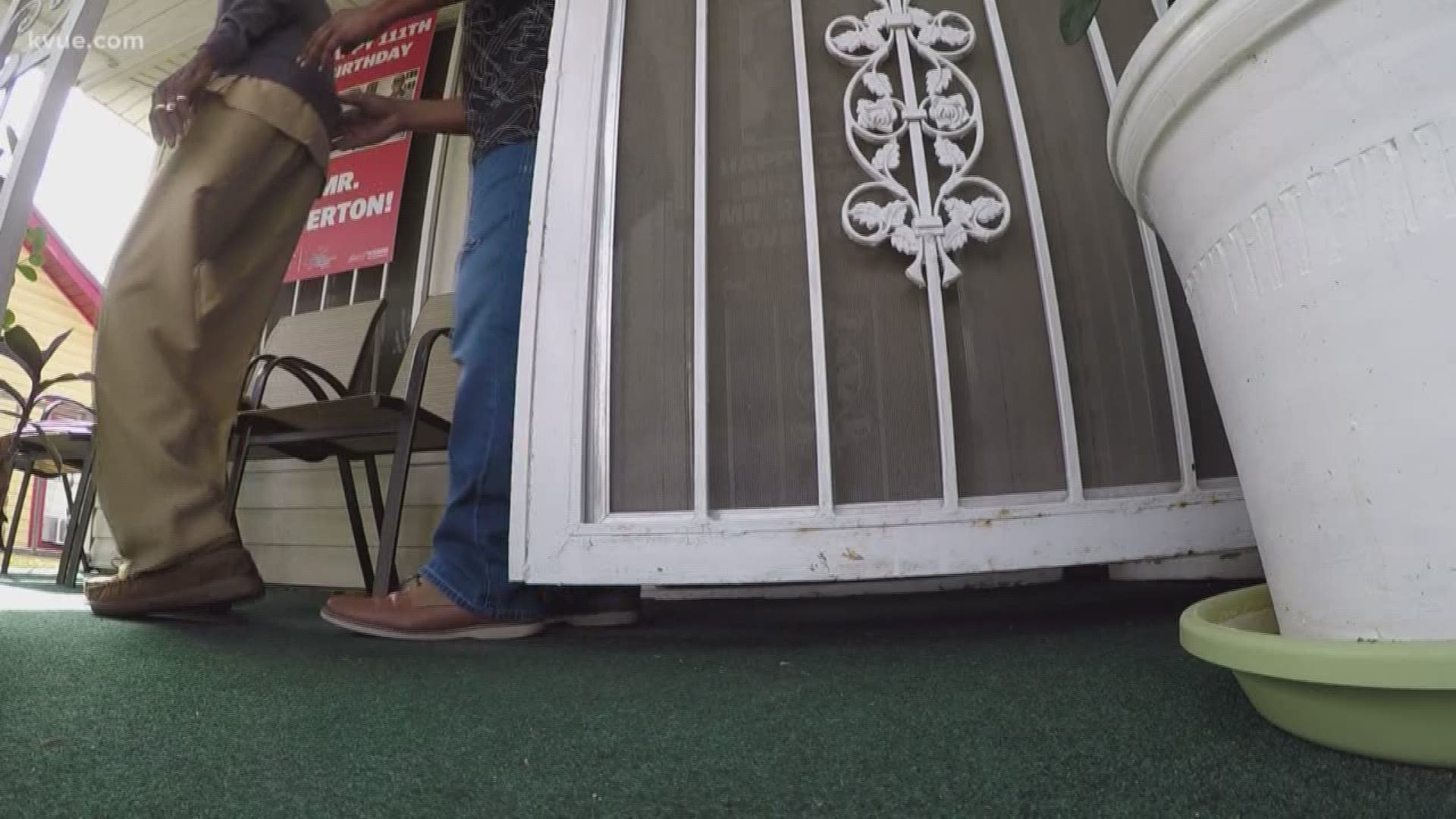 Richard Overton, the oldest living World War II veteran, has lived in his East Austin home since the 1940s.

But the 111-year-old's historic home now has a few modern upgrades, many for his safety.

"This is my place back in here, I love to sit here,” Overton said as he sits in his back sunroom.

He is known for sitting on his front porch for hours, but now after these upgrades, he’s spent a little more time indoors.

For the first time, he now has central heating and air, although he’s not sure he needed it.

“I had fans, I had everything I wanted," Overton said.

It’s one of the many renovations made possible through the partnership between the Meals on Wheels Home Repair program and the Home Depot Foundation.

They also put in new plumbing and electric.

"They changed all of it because at one time it was a fire hazard, things was burning and we didn't even know it. Yes, actually burning,” said Overton’s friend of more than 40 years, Martin Wilford.

Overton’s bathroom also got a full renovation, including a walk-in shower and new sink.

"I can't feel no better, it's good, I love it, course I had one alright, it wasn't the kind like that,” Overton said.

"This cabinet here wasn't even here, he had a little vase over here, and it was just so outdated, but now it is very nice, now he can come, he has a shower, he has a safety handles here, I mean all the new fixtures, you can imagine,” said Wilford, as he gave KVUE a tour.

"It's clean, I like the way you've done the floors," said Overton.

"He had shag carpet back in the day, and that had been there for probably 50 or 60 years, but now you see these beautiful wooden floors, that make it so easy for Mr. Overton to walk, he doesn't have to trip anymore, none of that happens in here,” said Wilford.

"When I got that rug, it was cheap," said Overton. "I went ahead, they let me have the rug. That's the reason I covered the whole house with the rug. That rug's been on there over 40 some years now, and I'm glad they take it up.”

Adam Hauser with Meals on Wheels says they want to help senior citizens stay in their homes.

"We were able to completely transform Mr. Overton's home to make it a much safer, healthier and more accessible environment, so he could stay in his home -- where he wants to be, where he's most familiar, where all of his memories are -- and age in place in the most comfortable way possible," said Hauser. "It's extremely important for us to be in a position to modify these older homes that were built a long time ago when the codes were not more modernized to emphasize the accessibility and safety features that are essential for people to age in place in a healthy way."

It’s something Overton's family and friends are thankful for.

It’s everything to make a man enjoy being inside his home, even though Overton told KVUE he still makes sure to spend a few hours a day back outside, on his porch.

The $35,000 project started back in July and only took about three weeks to finish. But, Richard Overton got sick and had to go to the hospital, now he's back home, healthy and happy to show off his upgraded pad.