Police said the shooting happened at about 4 a.m. Wednesday morning in the 5800 block of North I-35 West Frontage Road. 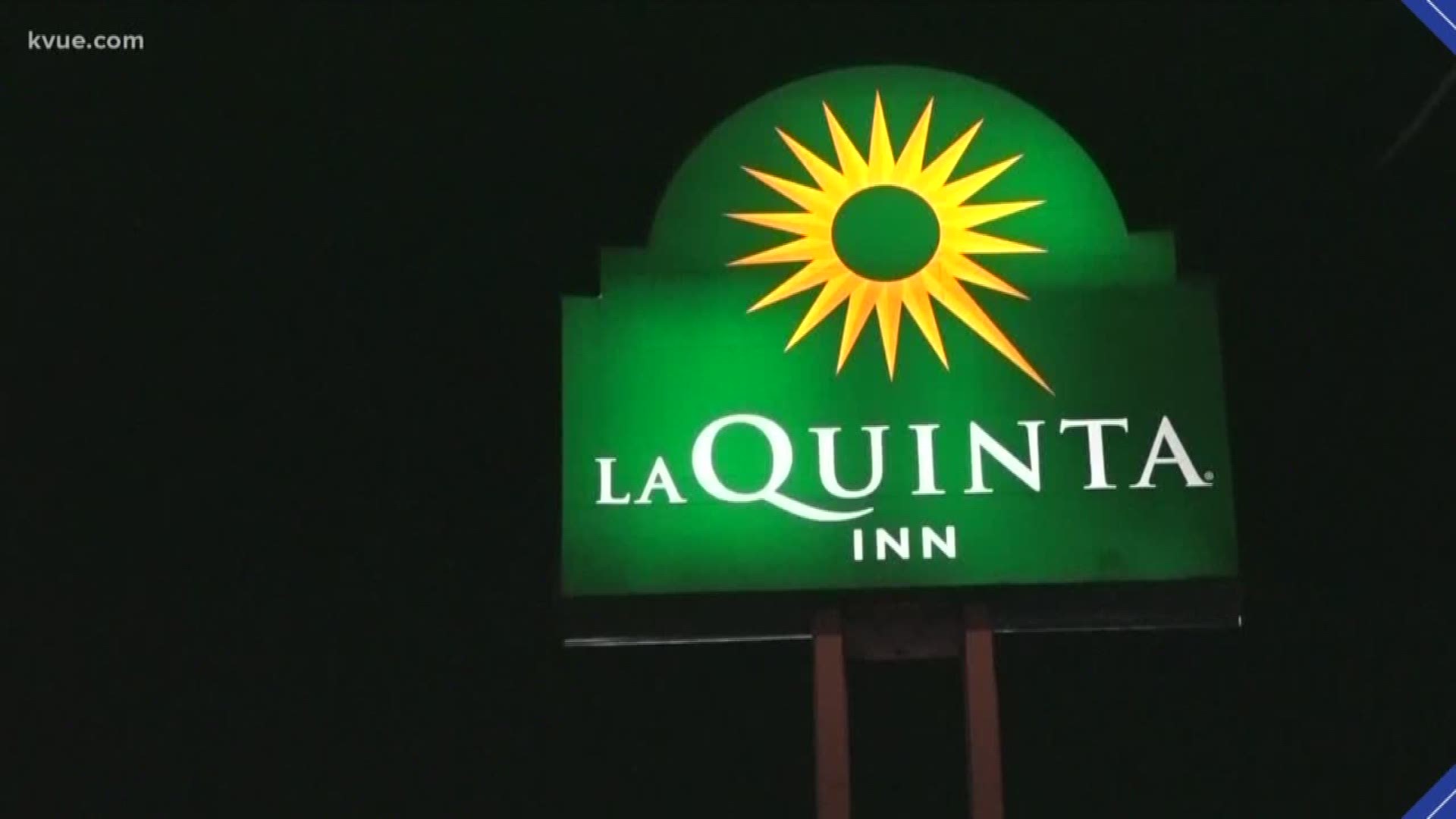 AUSTIN, Texas — The man that was killed in a shooting at a La Quinta Inn parking lot on Interstate Highway 35 was allegedly shot after he and his brother approached a vehicle in the parking lot while wielding an AR-15 and shotgun.

The man killed was identified Thursday as Bruce Martinez, 38.

Police said the shooting happened just before 4 a.m. Wednesday morning in the 5800 block of North I-35 West Frontage Road.

According to the affidavit, Martinez and his brother, William Martinez, 40, approached a vehicle in the parking lot of the La Quinta Inn wearing ski masks and carrying what appeared to be an assault rifle and shotgun.

A man who was critically injured in the incident told police he was sitting in a vehicle with another man and tried to exit the vehicle when Bruce and William approached, but when he tried to escape he was shot in the back multiple times.

The man who was sitting in the vehicle with the victim allegedly pulled out a pistol and began firing at Bruce, striking him several times, until Bruce fell to the ground.

The man who was in the car with the victim ran away from the car and heard William firing shots at the victim.

According to police, William returned to his Tahoe after his brother was killed and drove away.

The man who was in the car with the victim returned to his vehicle after retrieving the AR-15 Bruce was carrying, and also drove away from the scene.

Officials reported the men that were shot were taken to Dell Seton Medical Center at the University of Texas. Bruce was pronounced dead at 4:20 a.m.

Police said while there were multiple shooters, none of them were staying at the hotel where the incident occurred.

The man that shot and killed Bruce reportedly left the scene in a black Dodge Charger, which was found abandoned on East Riverside Drive with blood stains from the victim and the AR-15 Bruce was carrying in the back seat.

Police are now searching for William, who is charged with aggravated assault with a deadly weapon after he allegedly shot the victim in the back with a shotgun.

A security guard who was working at the time of the shooting told KVUE she heard multiple gunshots and saw one of the victims in pain in the hotel's parking lot. The guard also said the victim then made his way to the doors of the hotel to try and get inside but the doors were locked.