The Lower Colorado River Authority is keeping us up to date on floodgate operations at the Buchanan, Tom Miller, Wirtz, Mansfield and Starcke dams. 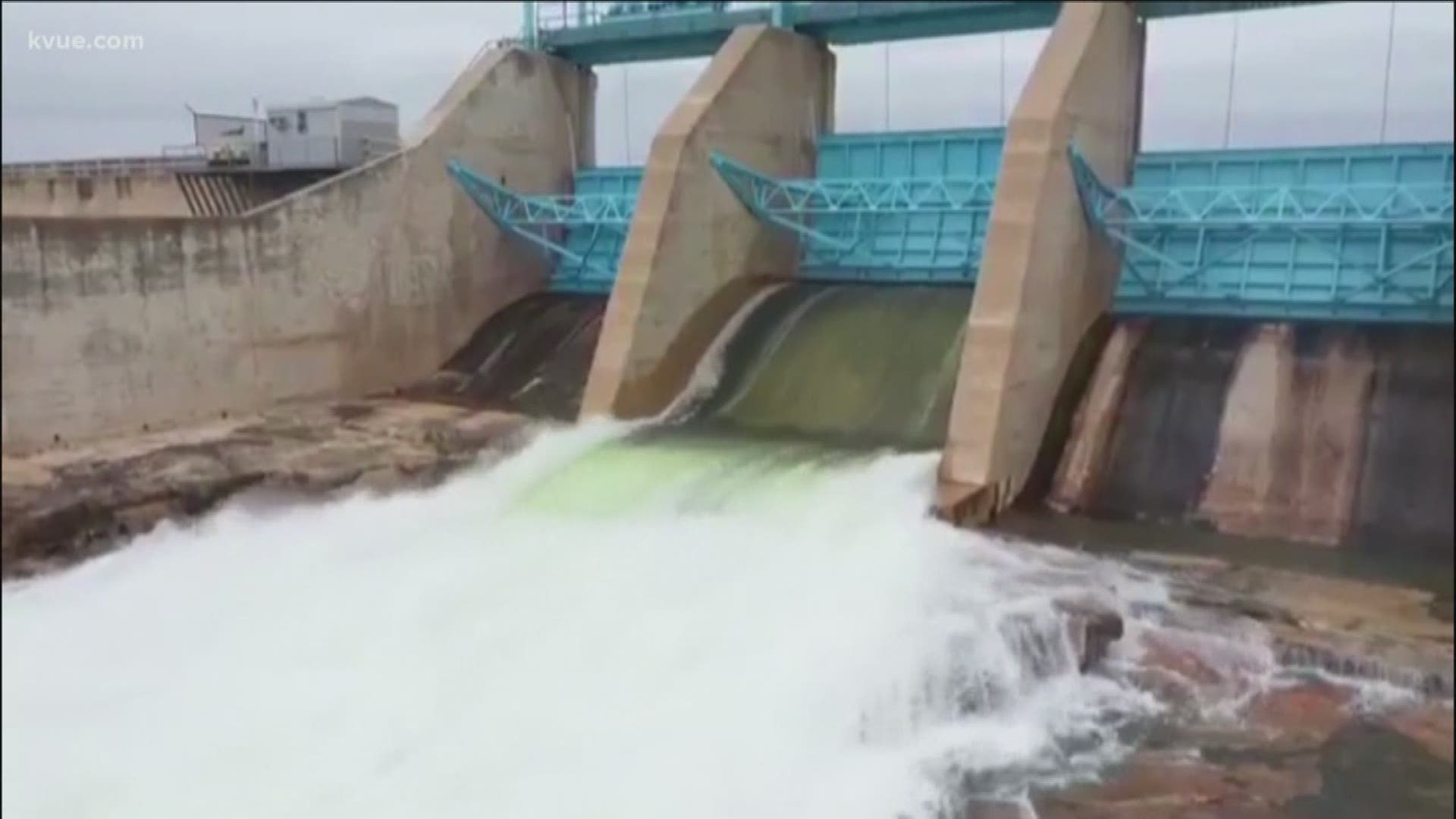 AUSTIN, Texas — After heavy rainfall this May, the Lower Colorado River Authority began floodgate operations along the Highland Lakes. Throughout the month, many gates were opened and closed to allow water to move downstream.

Here are the current floodgate operations as of Thursday, May 19:

The only open floodgate was closed at noon on Tuesday.

The singular floodgates partially opened at each dam were closed on Tuesday.

1 / 5
Hank Cavagnaro
The floodgates were opened at the Mansfield Dam in Austin on Saturday.

In addition to the floodgate operations, the LCRA is continuing to move water downstream through hydroelectric generation at Buchanan, Inks, Wirtz, Starcke, Mansfield and Tom Miller dams.

A ban on nighttime recreational boating on areas of Lake Travis has also been lifted. Boaters should use caution in that area and throughout the Highland Lakes.

Rain isn’t over yet: Flooding concerns return through Saturday

Unlike the major flooding event in October, which was the last time the LCRA had opened floodgates at Mansfield Dam, the agency is instead dealing with a series of small events with significant rainfall.

It's something Hofmann expects to see this time of the year.

"We started preparing for this the middle of the week last week. As soon as we started seeing predictions in the weather that there was a possibility of an increasingly wet cycle coming through here, we began making preparations for this," Hofmann said.

As far as flood operations at Longhorn Dam are concerned, which transfers water from Lady Bird Lake to areas downstream of Austin, Austin Water said they plan to keep within normal operating parameters, but they will adjust their gates to stay even in, even out if necessary.