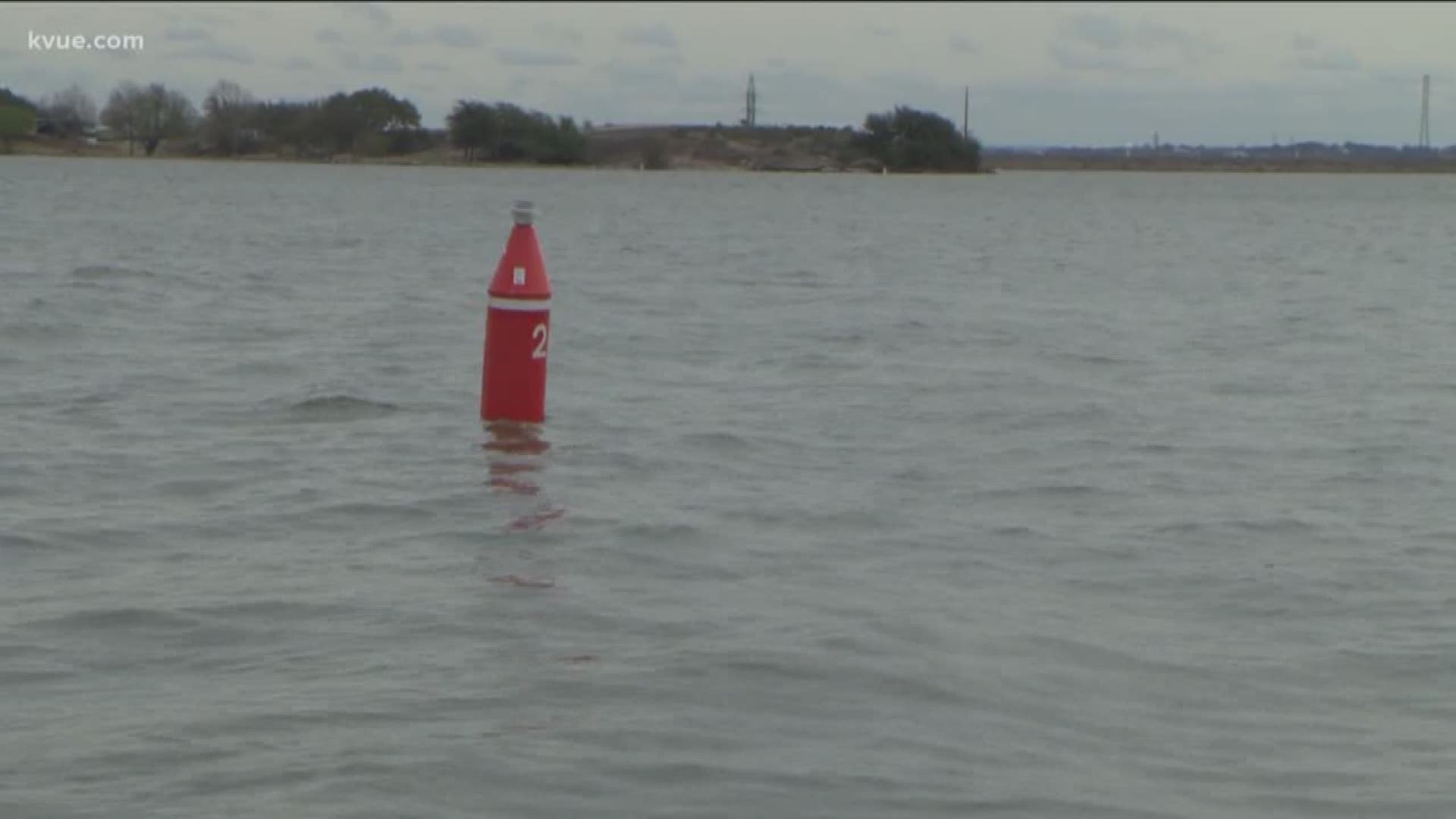 HORSESHOE BAY, Texas — The Lower Colorado River Authority headed out on one of their boats on Friday to place buoys marking the center line of the channel for boaters.

"They alternate red and green, and they’re numbered," said John Hofmann, the executive vice president for water with LCRA. "That allows you to kind of orient yourself in terms of where you are on the lake, and it provides a clear line of navigation for people to move safely up and down the lake. And they’re lit, so you can see them at night or during the day."

"But most of it’s been removed," Hoffman said. "Our staff, our team, as well as a contractor, has been out here removing boat docks, abandoned boat docks, boats--the type of stuff that you see when you have a flood event as we had."

Hofmann also said, even though they have marked hazardous areas, people still need to be careful on the water.

"There’s hazards you can see and hazard that you can’t see, so you need to have a healthy dose of common sense and situational awareness to try to make sure you keep yourself and your family and your friends safe when you’re recreating," Hofmann said.

Hoffman said you can report any unmarked debris to AskLCRA@lcra.org.