Lawmakers from across U.S. in Austin for American Legislative Exchange Council meeting

Leaders with the non-partisan organization said the meeting allows lawmakers to discuss best practices – but critics call them a conservative "bill mill." 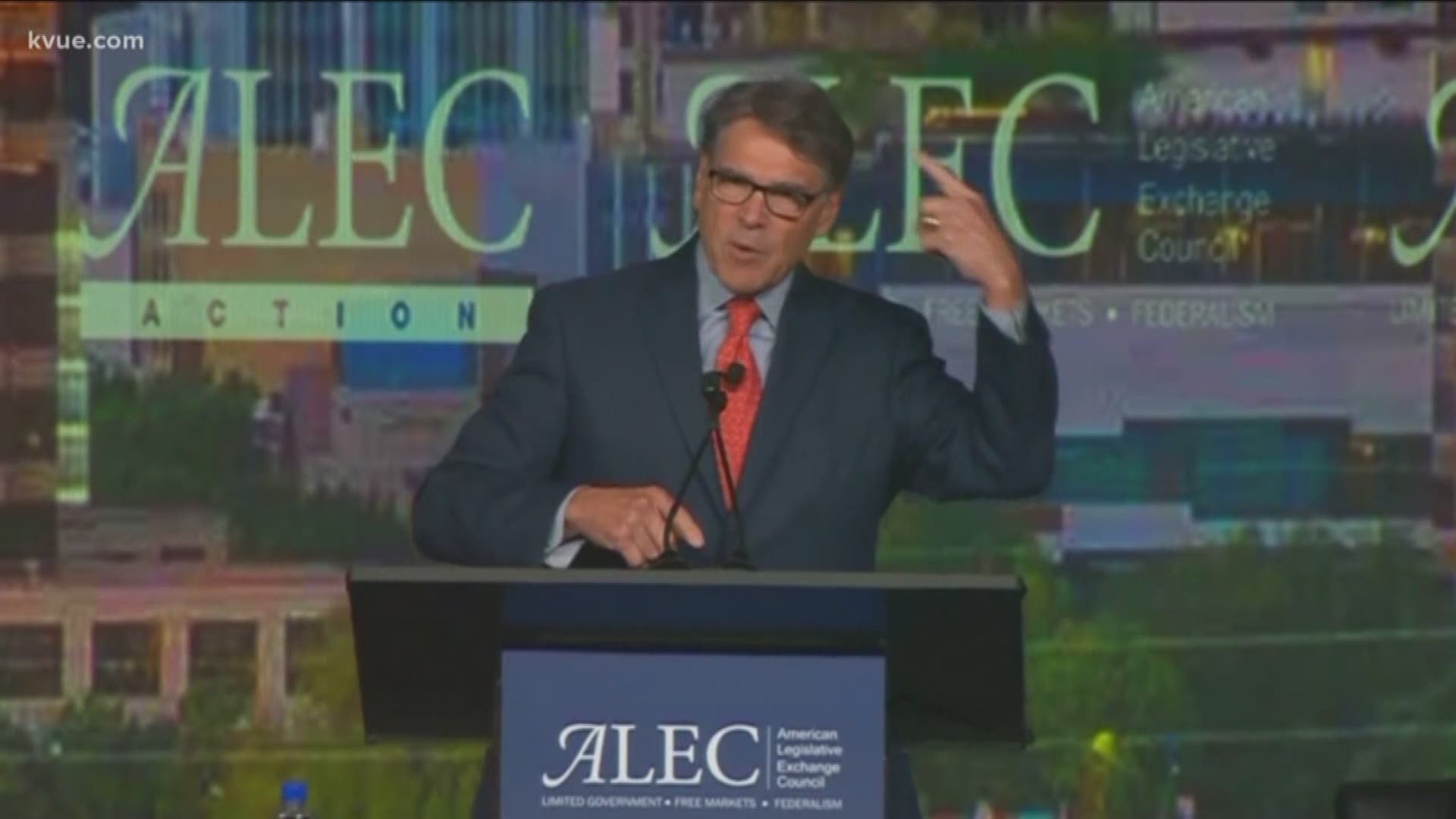 AUSTIN, Texas — Lawmakers and policy experts from around the U.S. are in Austin this week for the American Legislative Exchange Council (ALEC) annual meeting.

"There are 50 different ways of doing things in the United States and legislators from across the states can learn from one another about what worked and what didn't work in different states and bring it back to their states," said Bill Meierling, ALEC's Executive Vice President of External Relations.

Former Texas Governor and current U.S. Secretary of Energy Rick Perry took the stage Wednesday morning where he touted the Trump Administration's success and encouraged lawmakers to be bold in policy-making.

Organizers said one of the draws for meeting in Austin is the Community First! Village for people formerly experiencing homelessness.

Meierling said lawmakers are eager to learn "how nonprofits and the private sector, working together, are creating change and helping address and end chronic homelessness."

"I know legislators from Colorado and other states around the country specifically came to this meeting to visit Community First," he said.

The meeting's theme is creative disruption and on Wednesday, there was a bit of a disruption: members of various progressive organizations rallied outside the J.W. Marriott where the meeting is being held.

"Our allies know ALEC has promoted far-right agendas on the environment, on health care, on disability rights, on voting rights, on immigration and on other issues that we address every day in a quest to build a better Texas," Garibay added. "ALEC is a secretive partisan shadow group. And this week, ALEC is in Austin, Texas, working behind closed doors to hatch more bad bills."

ALEC organizers argued the bills are made by lawmakers and pointed out only lawmakers can introduce bills in their respective states. Overall, they said they don't mind the differing opinions.

"That's the beauty of free speech," Meierling said. "We absolutely welcome and support their ideas and their willingness to come out and share their perspective. It's really important in our country that we have that opportunity to share perspective even when we disagree."

The ALEC meeting will be in Austin through Friday.