House Bill 1911 would allow Texans to carry guns openly or concealed without a license to carry. 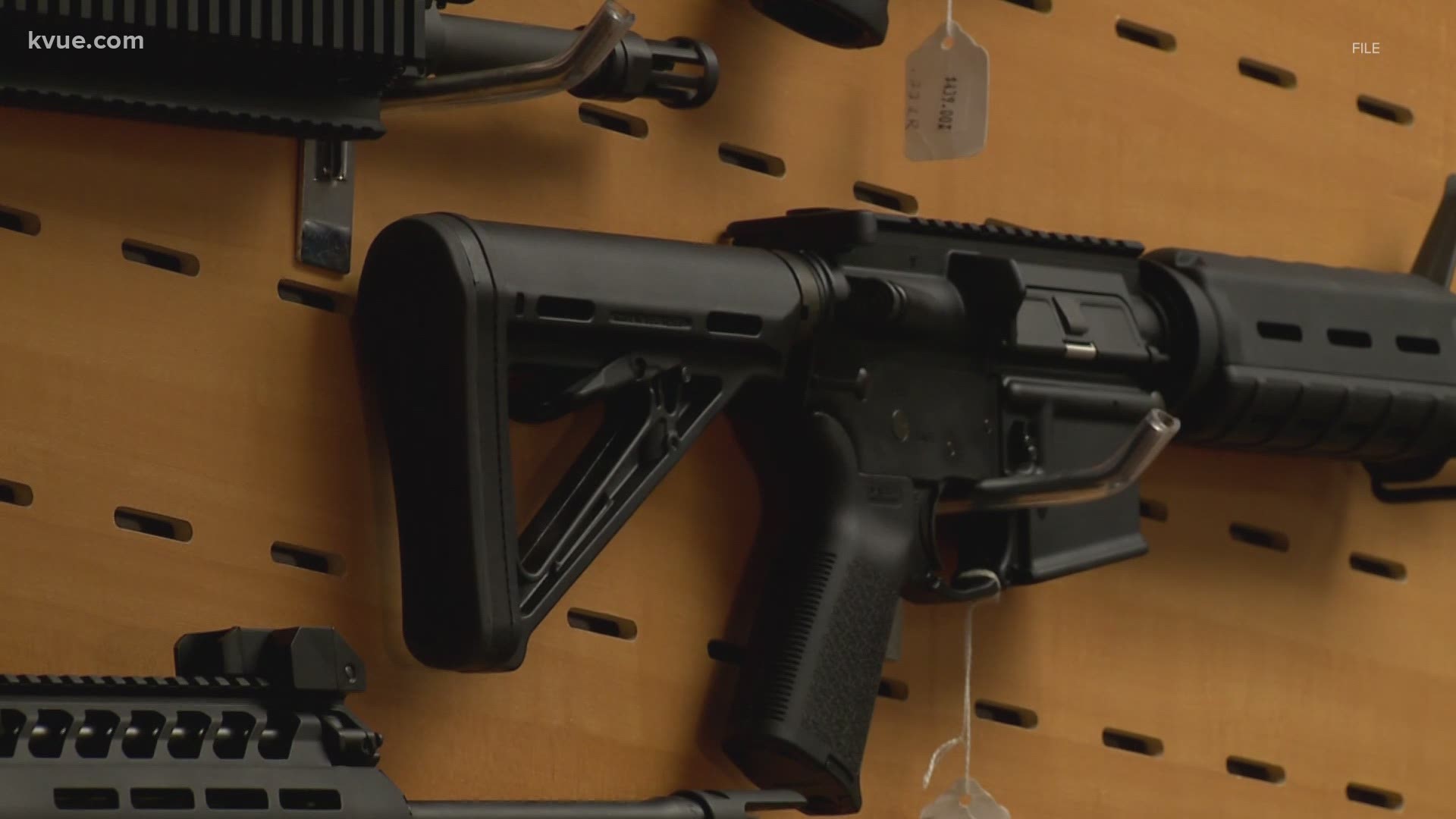 AUSTIN, Texas — Standing side by side, a diverse group of law enforcement officers from across the state gathered at the Texas Capitol Tuesday, hoping to send a message to lawmakers.

Earlier this month, the House Committee on Homeland Security and Public Safety voted to send House Bill 1911 to the full House for a vote. The bill will allow Texans who are eligible for a license to carry their handguns, either concealed or openly in a holster, without a permit. Current law requires Texans to have a license to carry and, to obtain a license, you have to take a training class, pass a written exam and shooting test and submit fingerprints.

"Yet some would suggest that all citizens 21 years or older who do not have criminal records should be allowed to openly carry firearms into all public venues that are not otherwise prohibited," he added.

A group of license-to-carry instructors also came to the Capitol on Tuesday to oppose the bill. They shared personal stories of how dangerous mishandling handguns can be when people don't have training.

But the bill's author, east Texas Republican James White (R-Woodville), says the bill will reduce barriers to the second amendment.

The bill is now in the hands of the House Committee on Calendars. No word yet on when it could go before the full House for a vote.

Are you getting more stimulus money? Here's who gets a 'plus-up'