On April 23, five kids and five adults who make a huge difference in our community were honored in KVUE's annual award ceremony. 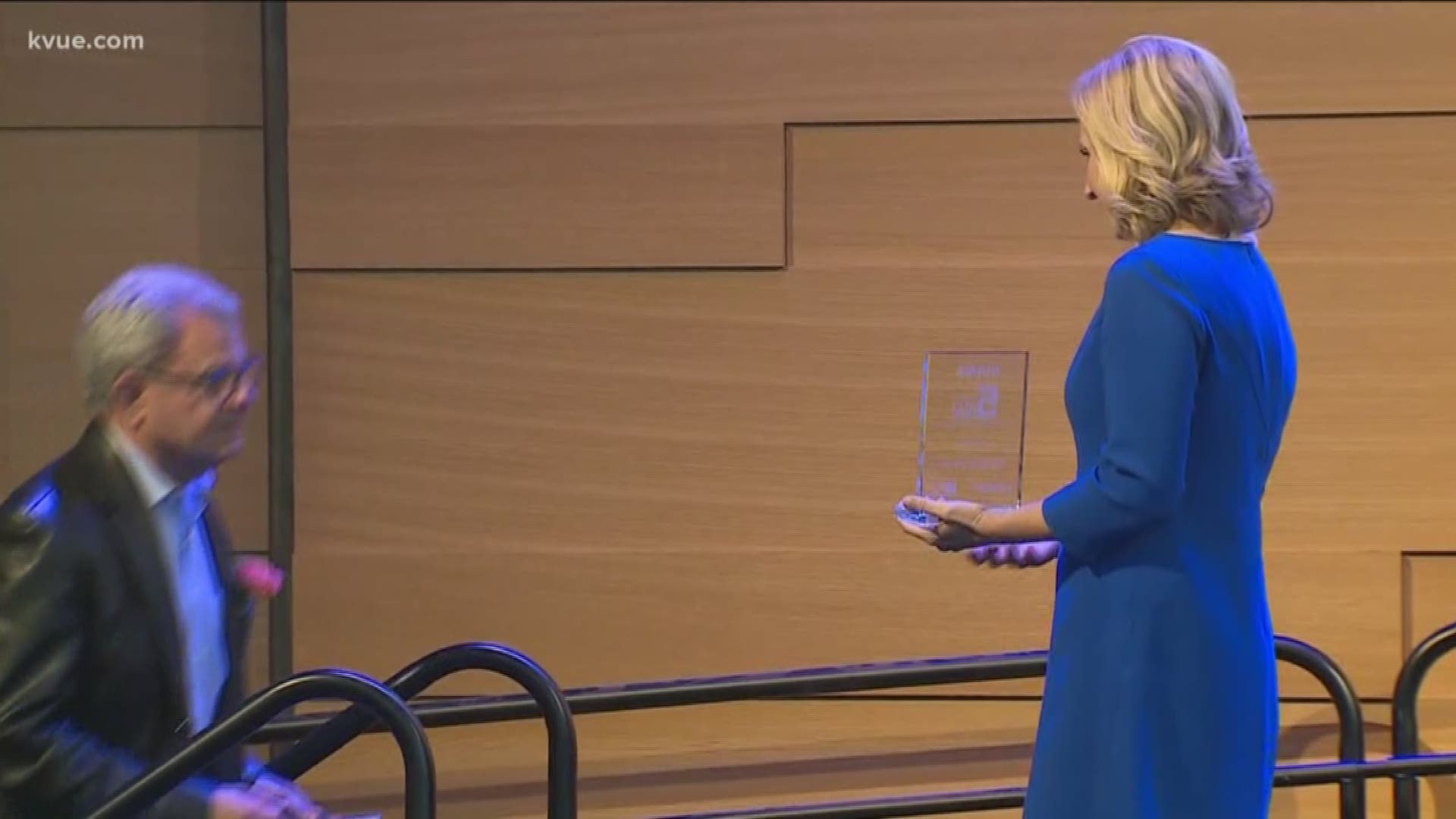 AUSTIN, Texas — KVUE, along with our sponsors ABC Home and Commercial Services and Henna Chevrolet, is proud to announce the winners of the 31st annual Five Who Care and Five Kids Who Care community service awards.

Every year, we honor 10 people in the community who give their time and talents to help others. With different professions, different ages, and different backgrounds, these 10 extraordinary people are changing lives in our local community every day.

Here are the 2019 Five Who Care and Five Kids Who Care community service awards recipients: 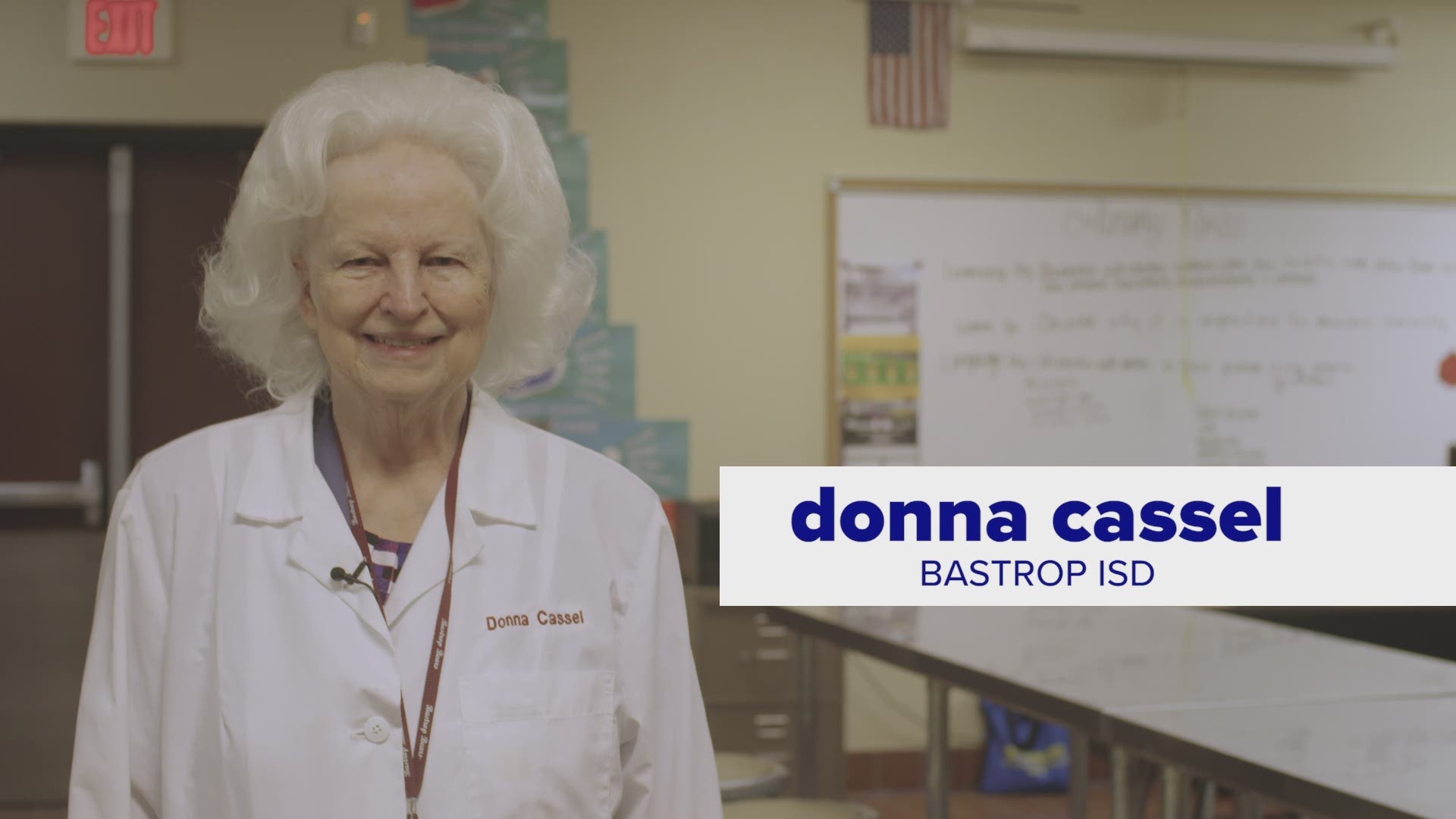 Donna Cassel has been teaching for 40 years. She is a Family and Consumer Science teacher at Bastrop ISD.

Ms. Cassel has been handing out scholarship money to graduating seniors for nearly her entire career. No one directed her to do so, she just went ahead and did it herself.

She continues to teach and has impacted thousands of lives, and there's no sign of her stopping anytime soon. 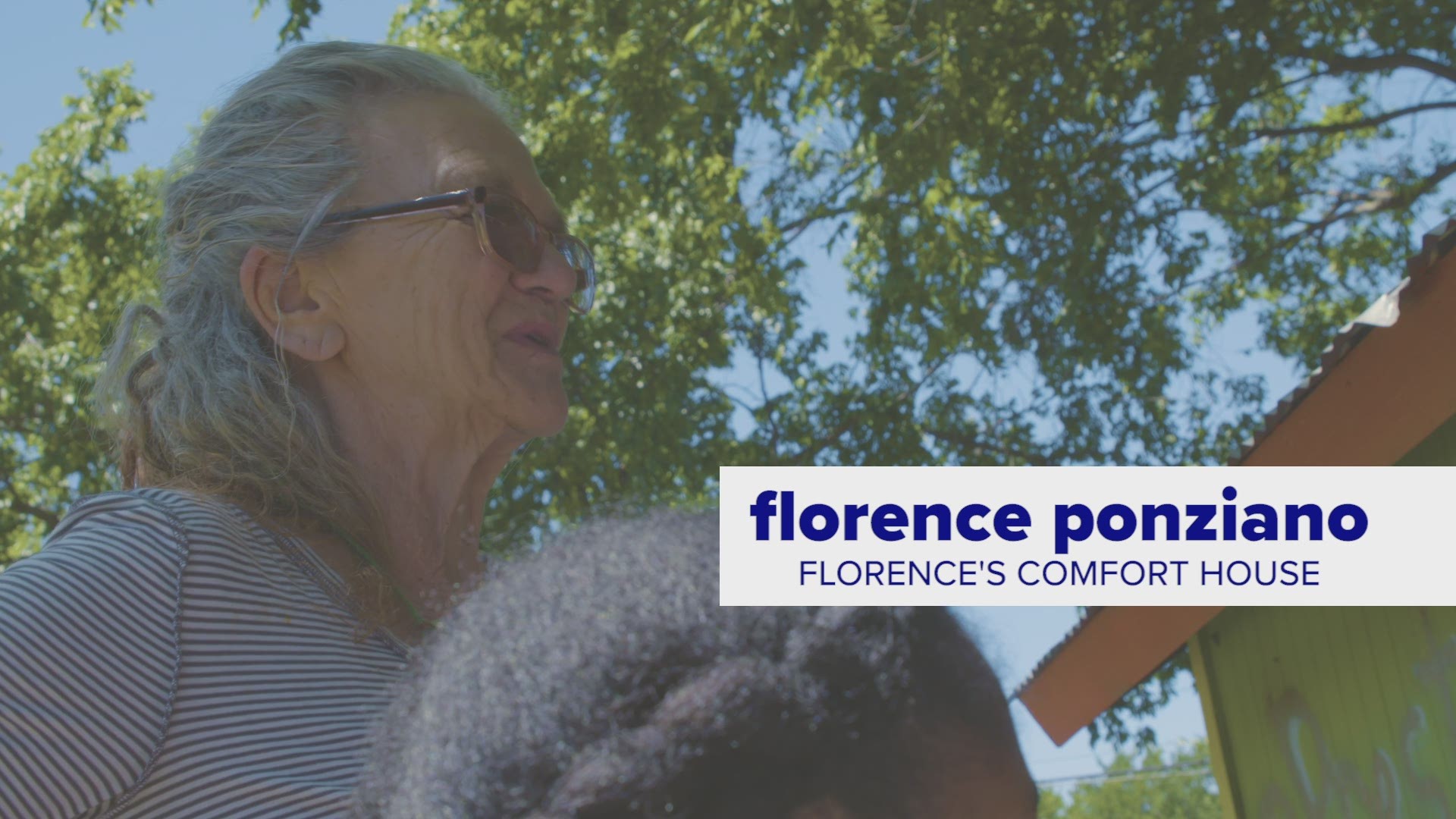 Florence Ponziano started Florence's Comfort House by making sure local kids have food, shelter and a loving environment. She lives in Montopolis, which is one of Austin's oldest neighborhoods.

Comfort House is hyper-local. In 1994, Ponziano founded Florence's Comfort House as a nonprofit organization in response to the growing challenges she and her neighbors face.

"The biggest blessing you can give a child is love and [the] self esteem to believe in themselves," Ponziano said.

Her desire to care for her neighborhood has extended beyond children. She also looks out for the homeless and elderly in her area. She has worked to make her local community a better place for more than 30 years. Her compassion and tireless work have no end in sight.

"We all go the same place when we're gone, so lets help," Ponziano said. "Let's be a light in our lives." 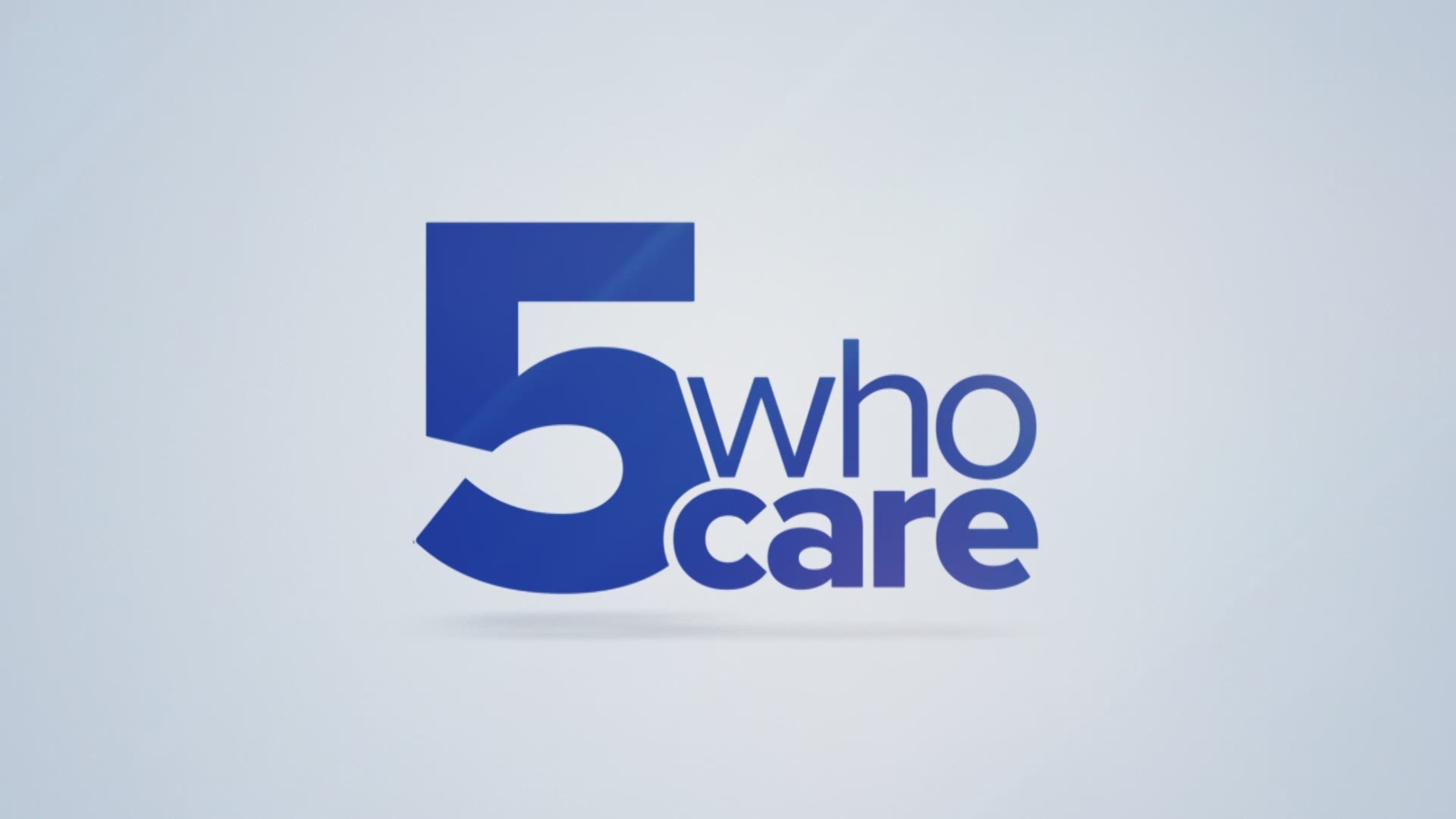 Because of New Hope, caregivers now have the time and freedom to do things like running errands, going to the bank, or just having a moment to recharge.

This service is for free, and guests come in for four hours and play games, eat lunch, and do exercise.

"It's unbelievable when they leave that day, how different they are than if they'd been at home," Zimmerman said.

Zimmerman volunteered to lead the respite group after her church leadership asked for help. She had no experience, apart from a willing heart.

"It just makes me feel very good to know we're giving their caregiver a break," she said. 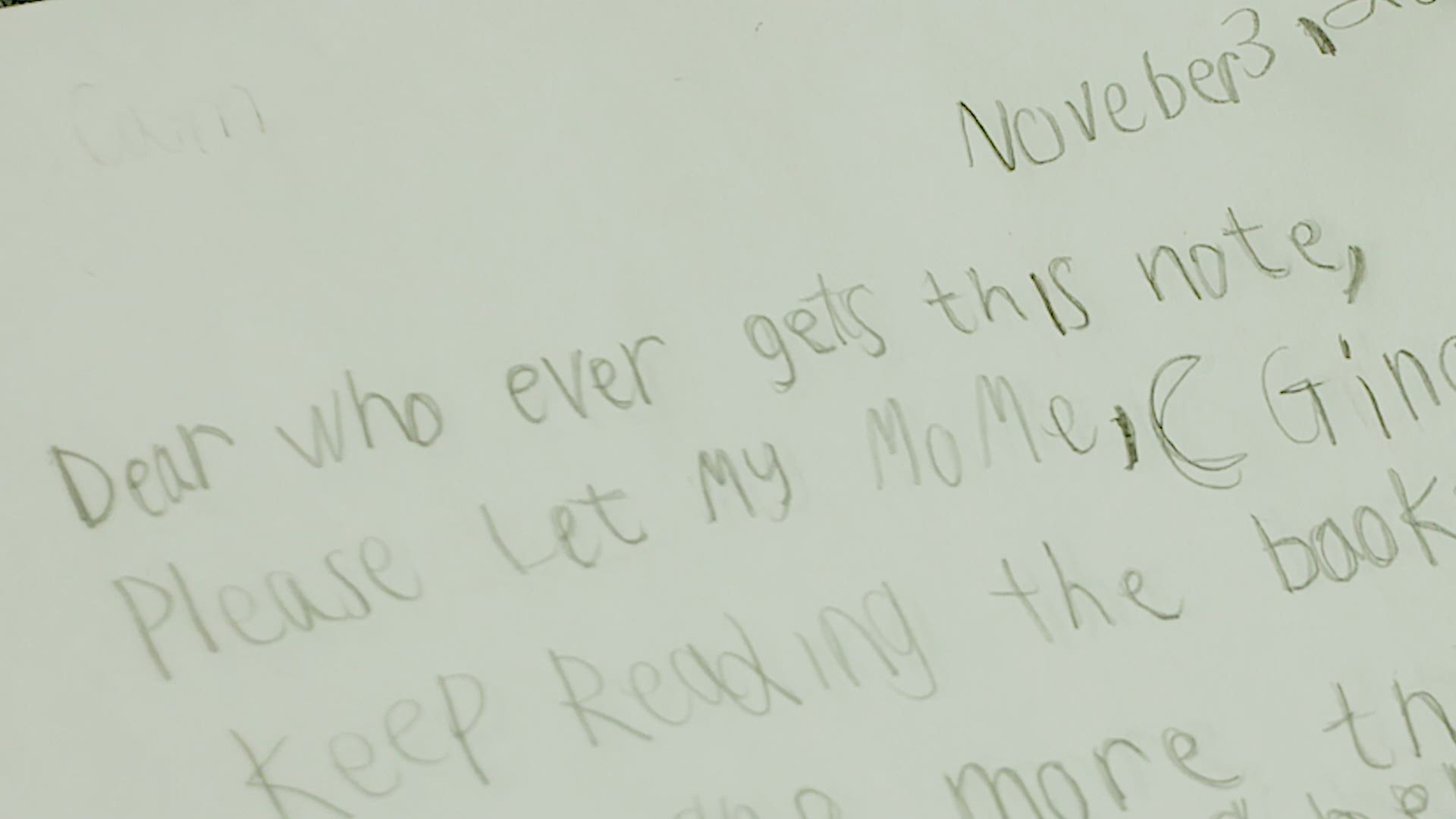 Judith Dullnig is the founder of the Women's Storybook Project of Texas, a nonprofit organization that connects children to their incarcerated mothers through the joy of literature.

"The idea of these children being disconnected from their moms," Dullnig said. "It just seemed like a simple idea with a big impact."

Dullnig started this organization on her own to bring children their mother's voice. The project has been going for 15 years, and Dullnig has been working those 15 years without pay.

This project helps the mother, the child and the prison.

"Everything about it is hopeful," Jill Gonzales, the woman who nominated Dullnig for this award, said. 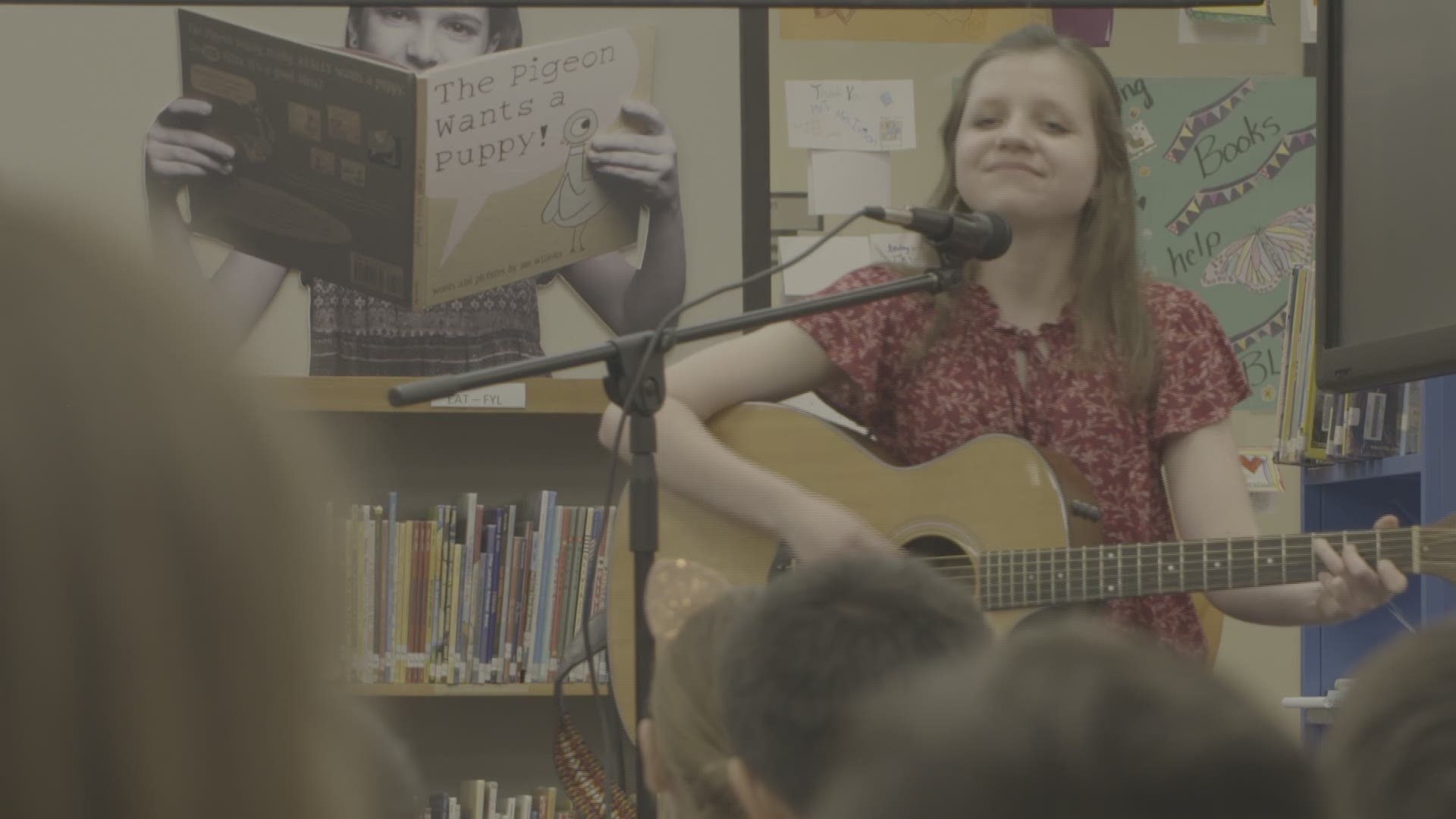 Haley Betron is the founder of Mindful Music. Betron has been singing and playing the guitar since she was in the second grade. She has a gift for working with children of all ages. She writes and performs original songs about kindness and positivity for children across Austin.

Betron believes in the importance of mindfulness-based education and inclusiveness.

"Kindness is a universal message," Betron said. "Because it doesn't take a lot."

She hopes to continue to inspire through the power of music. 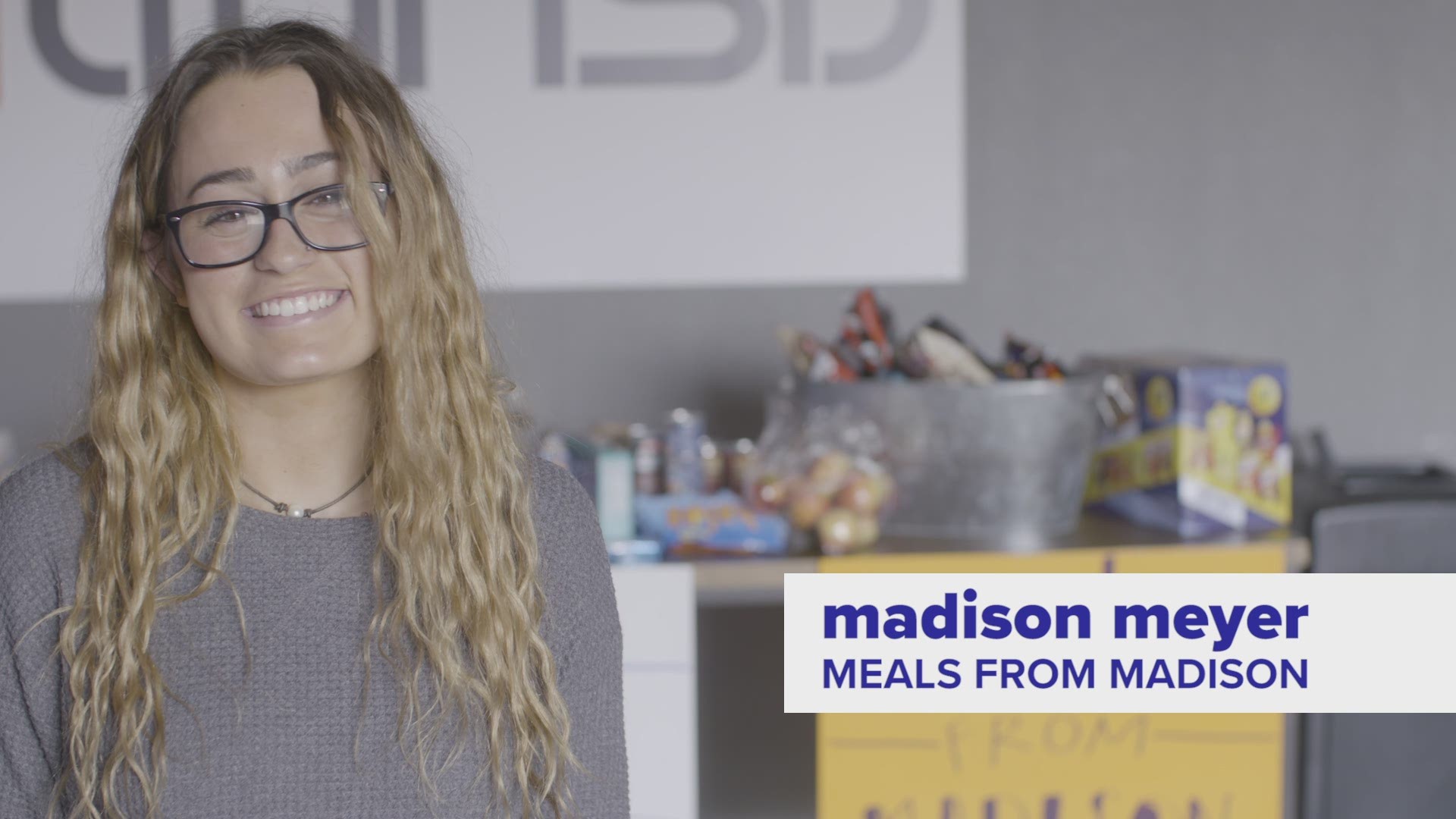 Madison Meyer founded Meals from Madison in January 2018. She got the idea from her church's high school retreat. Meyer has organized over 14 food drives and served over 2,200 meals.

Meyer makes and delivers food to the homeless population here in Austin.

"It's really cool to have built this relationship I never thought I'd have," she said.

Her dream is to eventually get a food truck and deliver meals all over the Austin area. 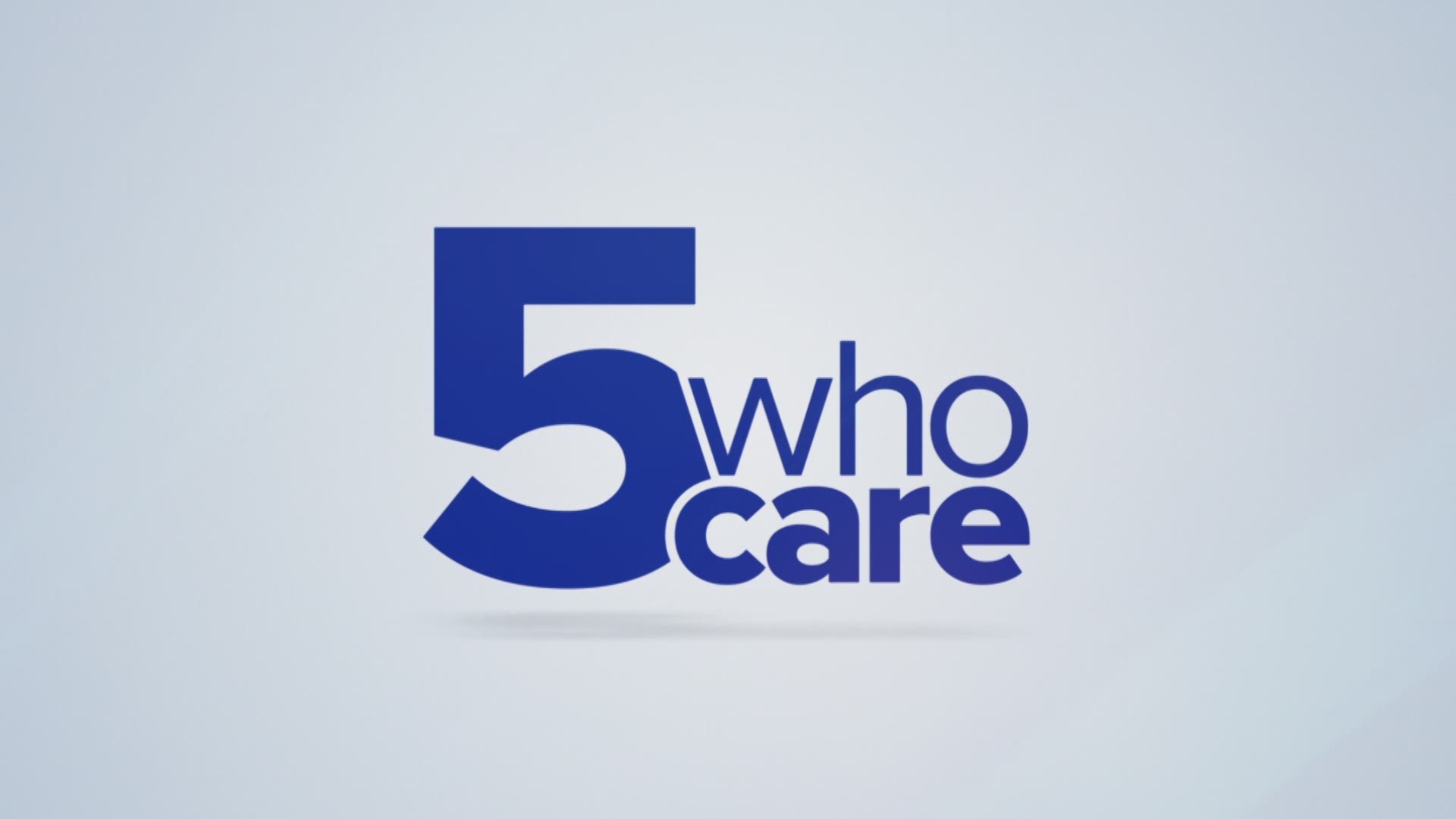 Emerson Guerra is the founder of Tuesday Treats, where she bakes cakes every Tuesday for a charity she picks each month. Guerra made this organization with her mother.

"It's inspiring to see someone that's using their hands and their heart to bake cakes for charity," said Janae Pierce, the woman who nominated Guerra for this award.

It's the smiles on the faces of people that keeps Guerra going. 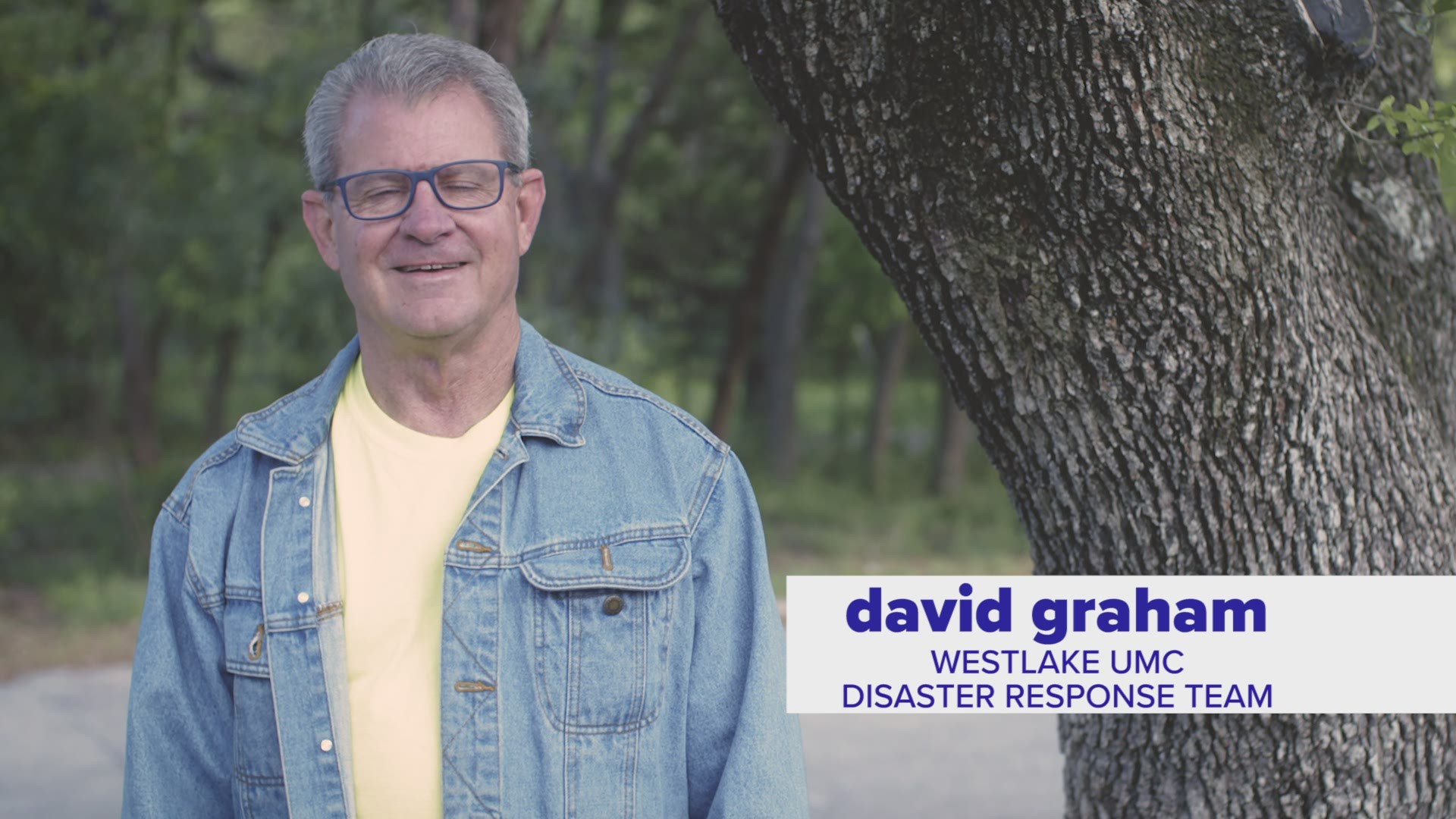 David Graham is a member of the Disaster Response Team from Westlake United Methodist Church. He goes to areas that have experienced natural disasters to repair and restore homes.

He aims to be productive and caring while causing no further harm or being a burden to the affected community.

"People ask why I do this," Graham said. "And it's primarily because I've had a very good life, one that's always had answers when things got bad. That comes often because someone stepped in and helped me. I'm just giving back." 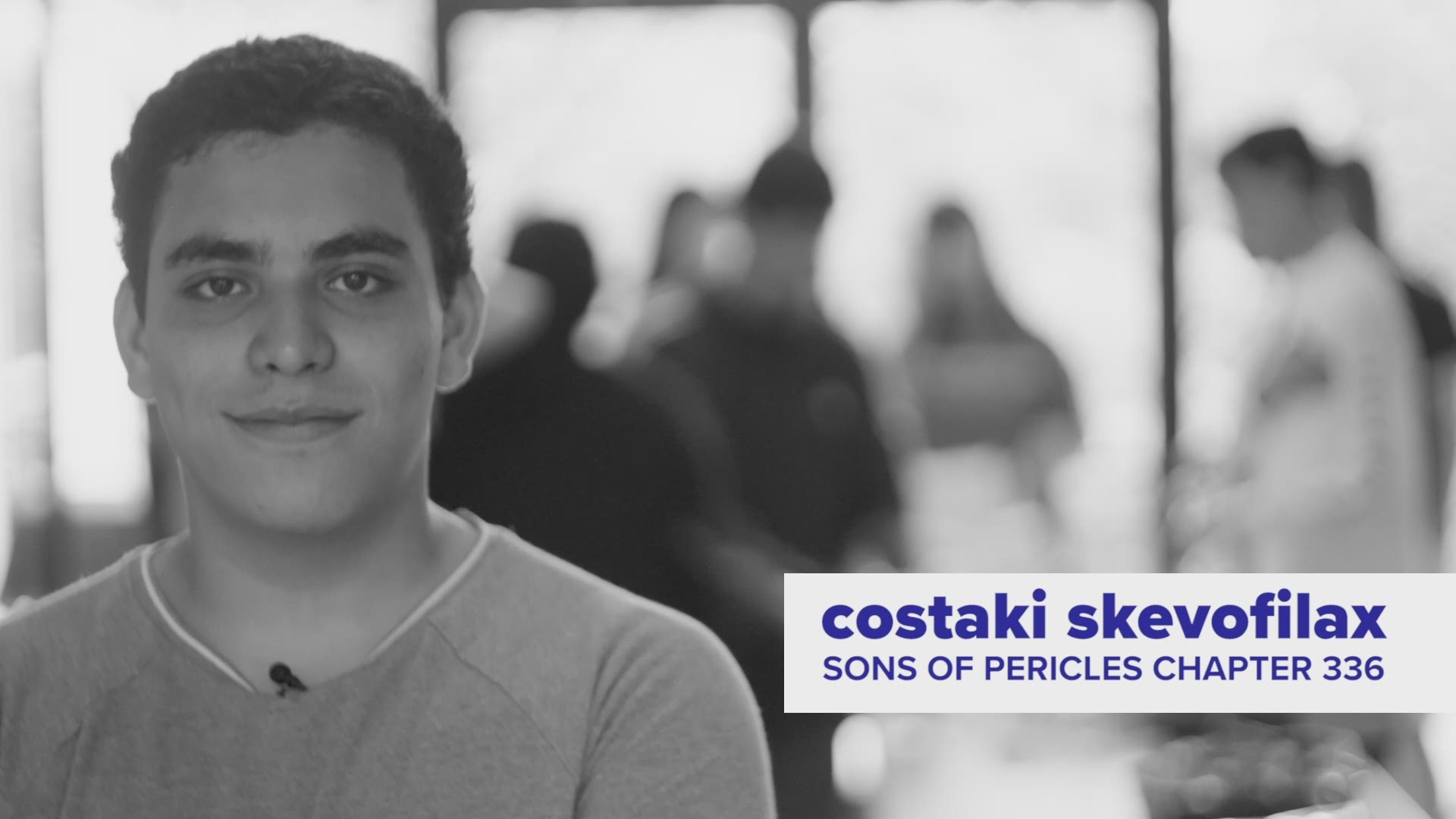 Costaki Skevofilax goes to Westwood High School and founded the Austin chapter of the Sons of Pericles. He is only 16 years old.

The Sons of Pericles focuses on different projects, one of them being aiding the homeless. They take food like ramen, water, oranges and more and put in into bags that they distribute.

Skevofilax initially wanted to join the local American Hellenic Educational Progressive Association (AHEPA), but he was too young. The Sons of Pericles and AHEPA are Hellenic communities, which are groups made up of Greeks who live outside of Greece.

"The Hellenic community is not just being Greek, it's what you stand for as a person," Skevofilax said. "The reason why I have a drive to continue with the Sons and their work is because it's a very good representation of what it means to be a Greek. It is a representation of what it means to want to help others. I'm willing to sweat, get dirty and help others. I want to do something greater than myself." 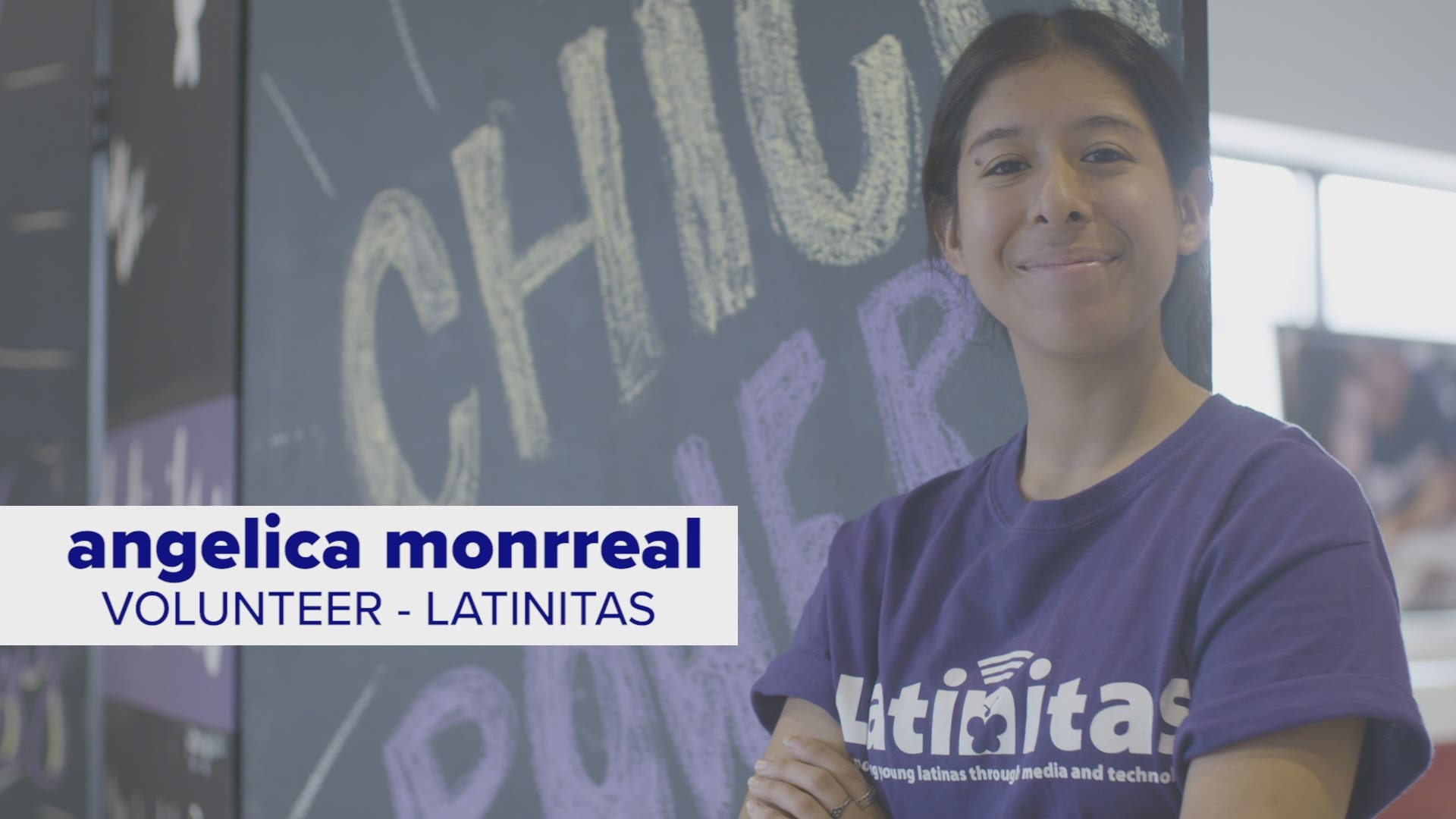 Angelica Monrreal is a volunteer with Latinitas. Latinitas is a nonprofit organization that offers many opportunities for girls to develop media and technology skills to build a solid foundation for their future.

Monrreal volunteers at Latinitas summer camps and workshops. She is the youngest person to volunteer with the organization.

These programs are designed to build confidence in groups through creative multimedia expression.