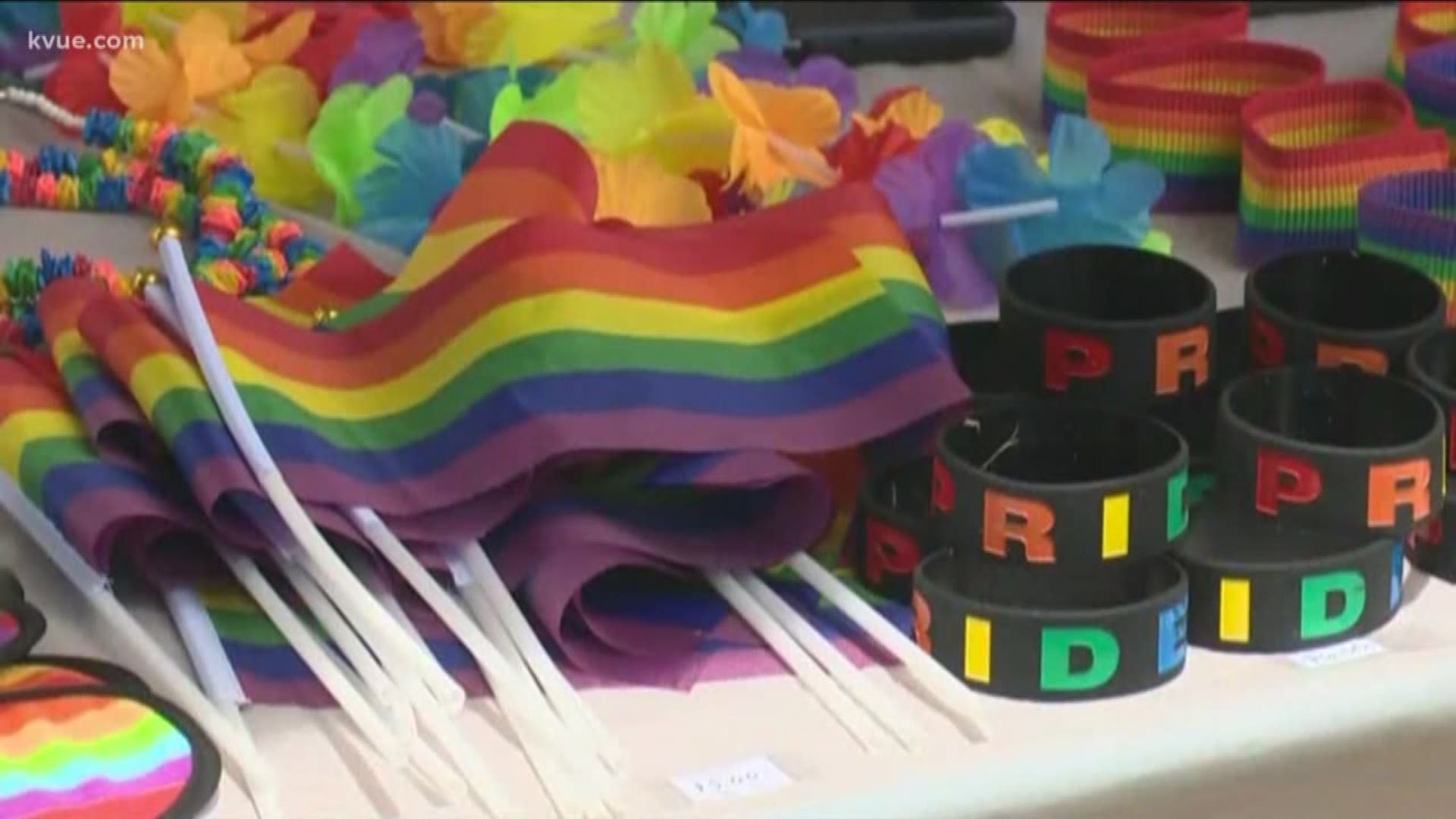 So, we are proud to announce that KVUE is the official media sponsor of Austin Pride. KVUE, along with partner Freeman Law, will be celebrating Pride with a float in the parade. The parade is set to take place Aug. 10 from 8 p.m. to 11 p.m.

Austin Pride's 2019 theme for the festival and parade is "Boogie Wonderland," with 152 different groups marching in the parade this year. This is the highest number of groups participating since the parade's inception, according to Bryce Canady, Austin Pride's parade director.

The parade commences at 11th and San Jacinto Boulevard, before turning south down Congress Avenue, and east onto Fourth Street, Austin's beloved street filled with several queer-friendly bars. The parade will end at Republic Square.

Dozens turn out for 'Pride Ride' at Love Cycling Studio

A colorful history: How did the rainbow flag become the banner of Pride?

As KVUE is the official sponsor of Austin Pride, it will also be taking the stage to emcee the parade for the first time.

Parade-goers will be able to see KVUE's Mike Rush, Quita Culpepper, Albert Ramon, Tony Plohetski and some KVUE staff on the float. The float is at 11th place in the parade. KVUE's Pattrik Perez and Anavid Reyes will be hosting the digital stream from the stage at Fourth and Congress streets.

"We are so excited for our first year of partnering with Austin Pride for a Texas-sized celebration that aligns with TEGNA and KVUE's beliefs," said KVUE's Director of Marketing and Digital Content Colleen Hartman. " At KVUE, we embrace the diverse greater Austin community and those that want to celebrate it." 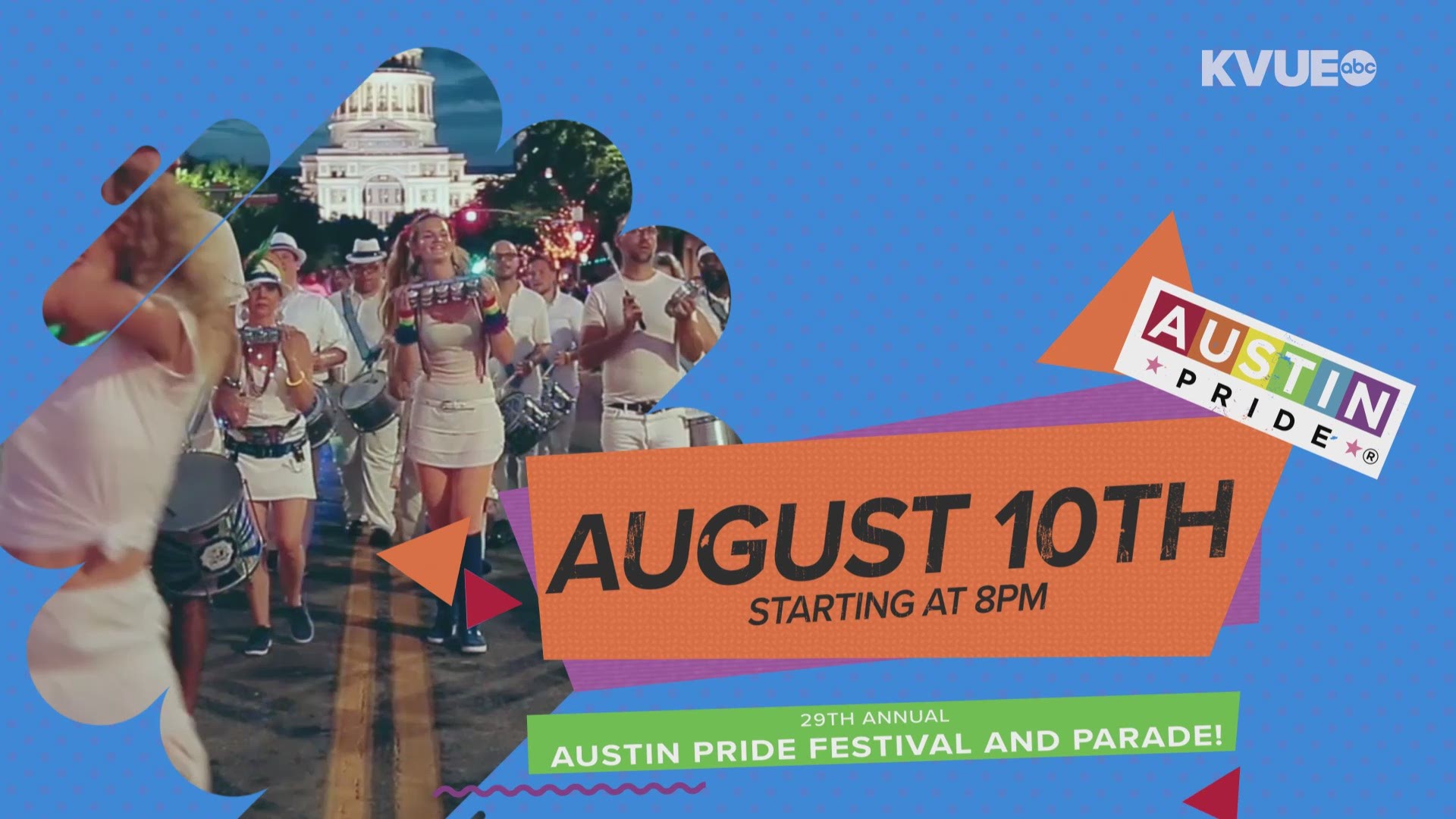 "I love seeing how diverse and open our community has become and I like being able to see that this generation doesn't have the same concerns or shame that my generation grew up with," said Austin Pride's director Steven Bitner. "The second is more personal. I do this to give myself a sense of purpose and to remind myself that we all deserve to be seen and heard."

Jim Freeman of Freeman Law added, "In the words of Barack Obama, ‘When all Americans are treated as equal, no matter who they are or whom they love, we are all more free.’ It’s heartbreaking that people in our culture are indoctrinated into being ashamed of who they are. ‘Pride’ should be a celebration for us all, a celebration of the connection we all share."

Join in the parade fun or watch the livestream online on KVUE's YouTube page starting at 7:45 p.m. CT on Saturday, Aug. 10. And be sure to share your posts using #LiveWithPride.

A fourth grade teacher died in a Bastrop County crash. Now, her family is pushing for road improvements