People's livelihoods are now being pulled out of the water months after intense flooding destroyed hundreds of homes along the Colorado River. 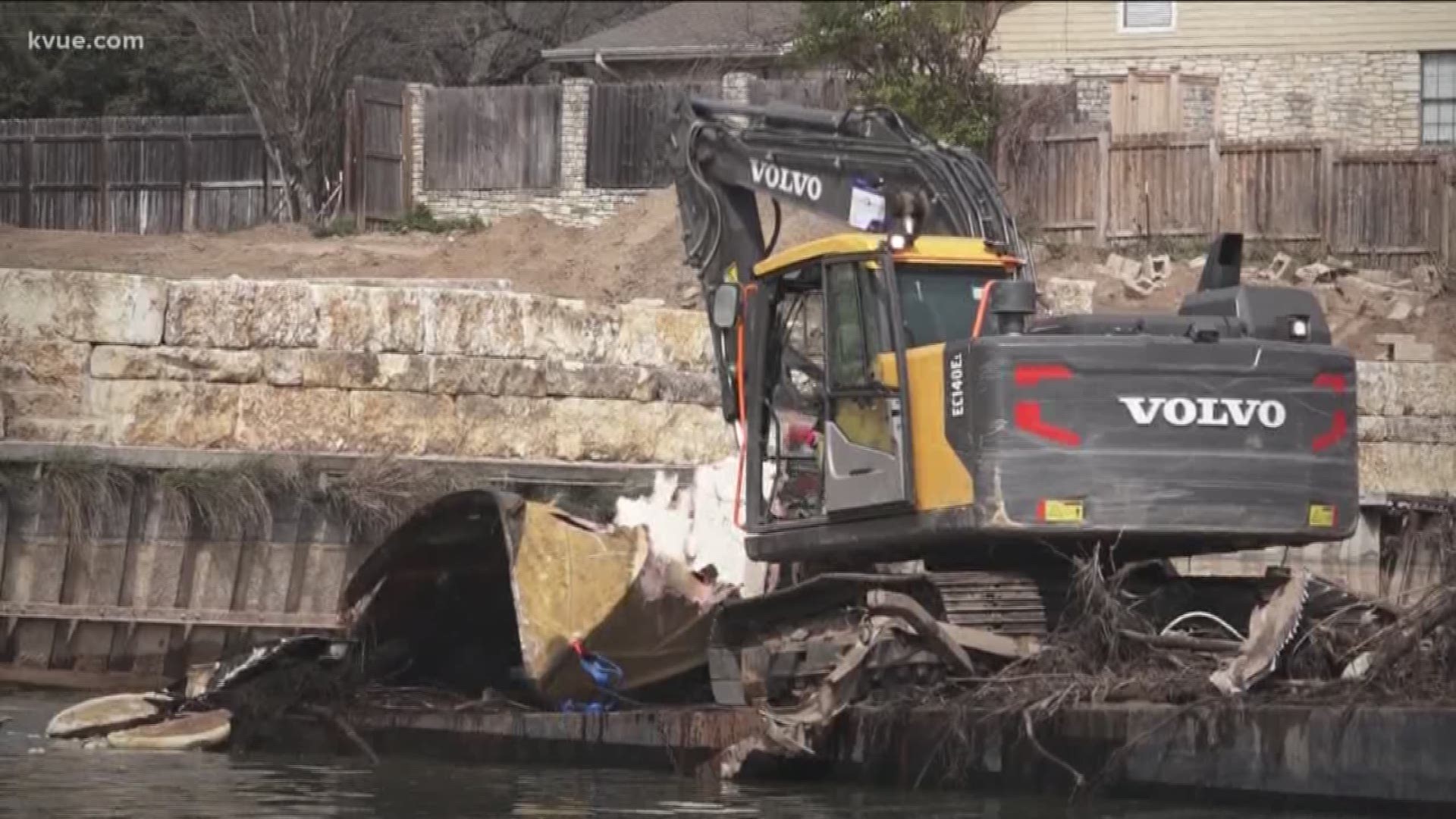 KINGSLAND, Texas — The community along Lake LBJ in Kingsland is taking matters into their own hands.

More than a dozen people came together Saturday morning to help clean out the debris inside the lake after last fall's catastrophic flooding.

"It's just who we are," Pat Muller said.

Muller is the owner of of Valentine Lakeside. She used her boat to help pick up volunteers.

There were plenty of mixed emotions for the Kingsland community as boats were taken out. It was exciting for those watching, yet also heartbreaking.

"There was nobody taking responsibility for what was there, so we decided to get together to clean up," Muller said.

People's livelihoods are now being pulled out of the water months after intense flooding destroyed thousands of homes along the Colorado River.

"People are still out of their homes, and it's still going to take a while," Charlotte Dilworth, who helped organize the clean-up, said. "It's nice for people to come out here and support what we have in Kingsland."

The group walked down the shore and rode in boats to clean out debris.

"The more we clean up, the less scary it is," Muller said.

The clean-up was fueled by a single post on social media.

"I was just amazed how fast we pulled together," Dilworth said. "We posted it on Facebook and all of a sudden realized it was going far and wide."

Thanks to the hard work of some of the people with Splash Boat Rental and Sales, thousands of pounds of debris have been removed from Lake LBJ.

"This means a lot for us," Charles Compton, who also lives along the lake, said. "Not only do a lot of us need this lake for income, but it's also for the safety of our kids, so it's a big deal."

The Lower Colorado River Authority (LCRA) is expected to raise the water along the river on February 24.

RELATED: Lowering of lakes LBJ and Marble Falls extended to give more time to recover from Texas floods

It's a community effort with the purpose of making it safer for those who want to enjoy the beauty of Lake LBJ.

"We're strong within ourselves," Dilworth said. "Stronger than what we thought we were."