East Central ISD confirmed that "a couple of flyers promoting a hate group" were found on their high school campus. 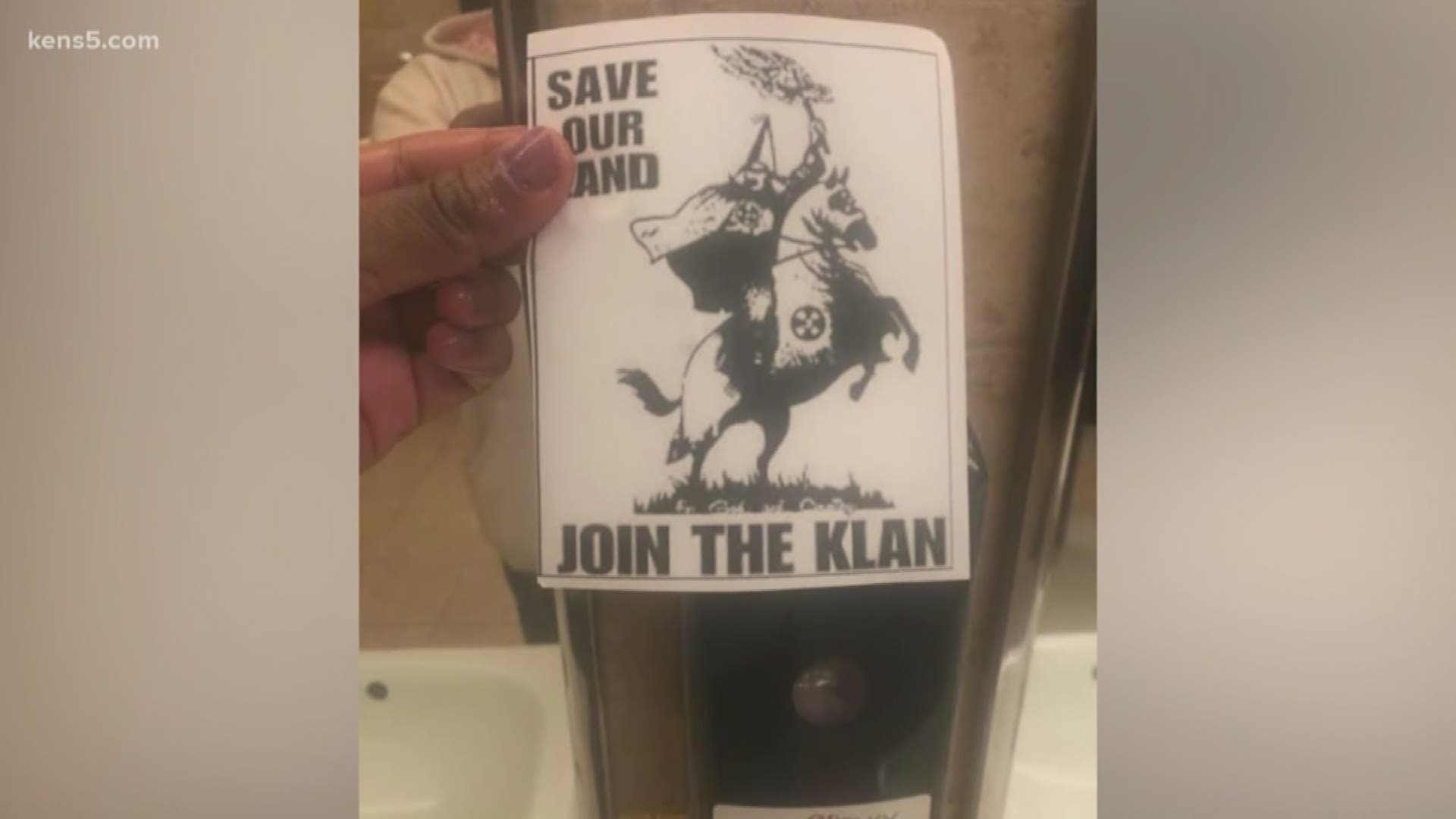 The flyer said "Save our land, join the Klan" and shows what appears to be a member of the KKK on horseback carrying a torch.

Daquan Robinson noticed the flyer posted on the wall of one of the restrooms.

"I was scared, shocked. It was like a threat," Robinson said. "At the end of the day, it's oppressing me and many others at this school. Others are laughing, I don't find it funny."

He sent the photo to his mom, Nyisha Jackson, who was outraged. She shared the picture on Facebook and called the school.

"These type of acts shouldn't be taken lightly," Jackson wrote.

Brandon Oliver, spokesperson for East Central ISD, agrees. He said the district's police department is working with the FBI and other agencies to find the person responsible.

"Of course, you're disappointed," Oliver said. "We're a very inclusive school with a diverse population, both in our student body as well as our staff and faculty, so naturally this does not reflect our values at all."

Jackson and her son are happy to hear the district is taking this matter seriously.

"A lot of people will downplay it and say 'What if it's a couple kids and it's a prank?' Well they need to be reprimanded because it's scary if you know the culture of this," Jackson said. "It's very scary, so it's not funny."

"I'm glad I could be a voice for myself and others who don't report this type of stuff," Robinson said. "I hope this can make people aware."

You can read the full statement from ECISD below:

East Central ISD is aware that a couple of flyers promoting a hate group were discovered on our high school campus. This is an open investigation with East Central Police Department and they are working with federal, state and local agencies. This behavior is not tolerated at East Central ISD and not reflective of our core beliefs and inclusive environment. The individual will be caught and punished to the fullest extent of the law. For any questions or tips that may help with the investigation, please contact East Central Police Department at (210) 634-6240.