Police said the mannequin also had a pig mask over its face. Police are looking for person(s) of interest. 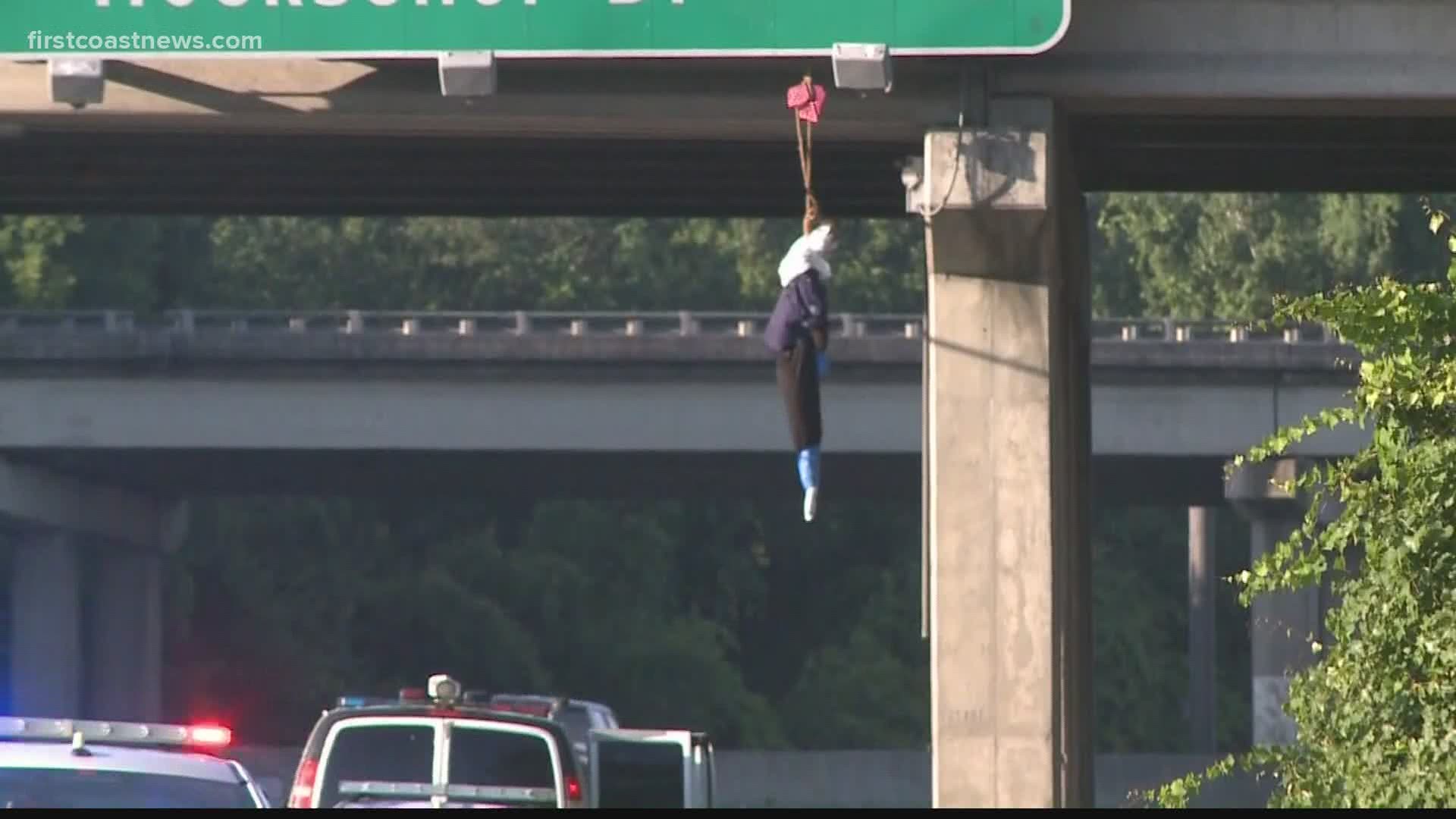 JACKSONVILLE, Fla — The Jacksonville Sheriff's Office is investigating Saturday after a mannequin was found hanging from the Interstate-95 overpass near the Zoo Parkway exit in a New York Police Department Uniform and a pig mask.

Around 6:20 a.m. officers responded to a call about a potential suicide by hanging on the overpass. At the scene, officers determined that it was a mannequin dressed in an NYPD uniform with a pig mask, officers said.

The mannequin was taken down and is being processed for DNA evidence by crime scene detectives to determine potential person(s) of interest, police said.

Anyone with information on the incident is asked to call Crime Stoppers at 1-866-845-TIPS to remain anonymous or email jsocrimetips@jaxsheriff.org

Sheriff Mike Williams released the following statement regarding the incident:

“The incident that occurred this morning depicting the mock lynching of a mannequin dressed in what appeared to be the uniform of a law enforcement officer is extremely disturbing. Both the tactics and props used were a deliberate attempt to exasperate an anti-police sentiment and drive a divide in our community.

This incident was carried out by people wanting to undermine our dedicated efforts to keep our city safe. Too many good citizens are working with us to keep our community safe through active partnerships, and frank conversations about the challenges we all face.  This type of act will not be tolerated by our agency or our community, and we will work together to hold those responsible accountable.”

Credit: FCN
Police said the mannaquin will be processed as evidence and they are looking to determine a person of interest in the case.