Is there a solution to the zebra mussel problem in Central Texas?

As they continue to cause problems in Central Texas, is there a way to get rid of this invasive species? 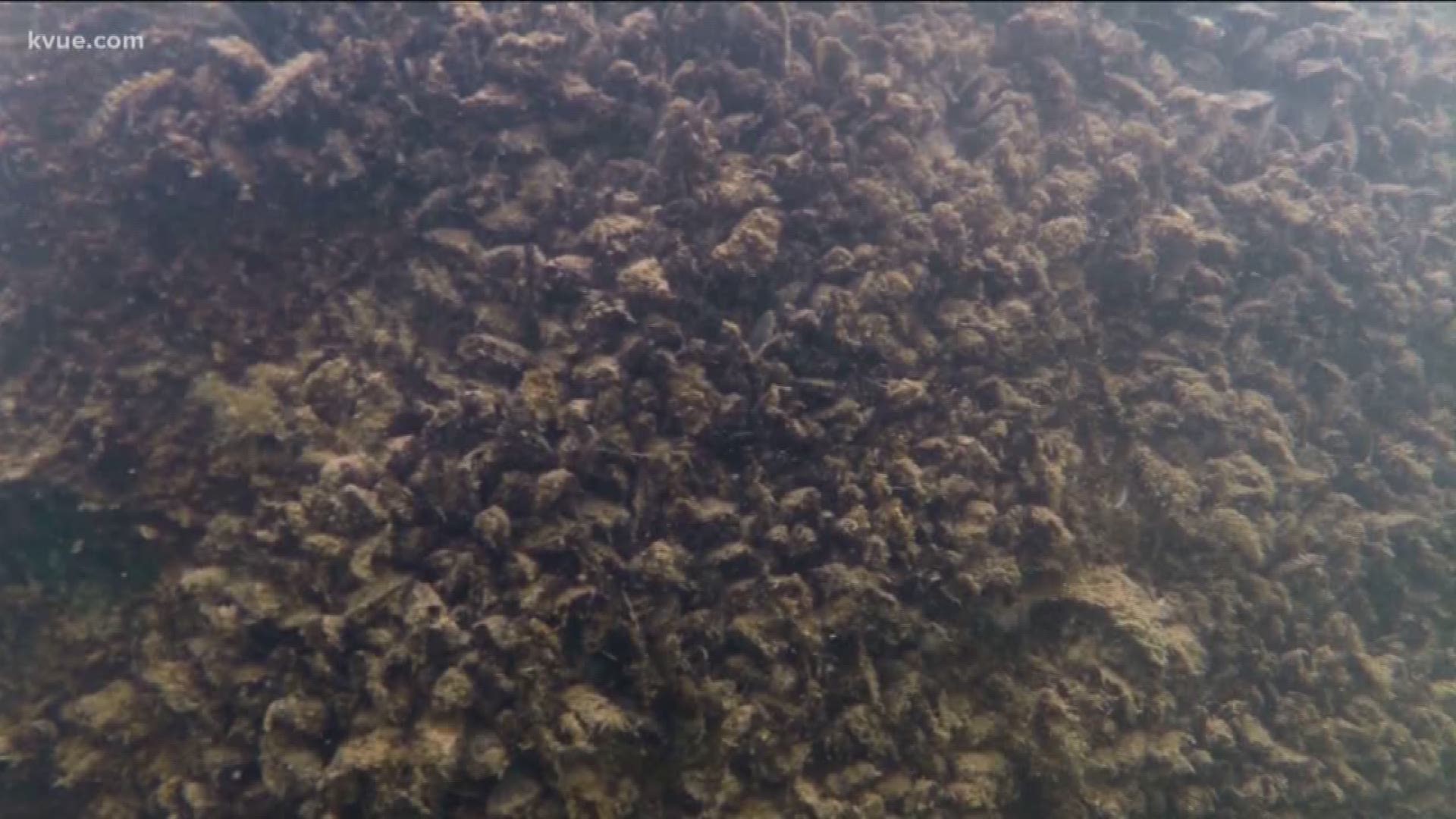 "I'm a big lake rat, I grew up on the water,” said native Austinte Cody Reichle.

He now works in the boat business, but the water he's known since he was a kid is changing.

"You can kind of see some of them attached to the top of that rock,” said Reichle.

"There's already been multiple times where I stepped on it, cracked the shell and it cuts my foot open,” said Reichle.

And it doesn't look like those problems, or the invasive species, are going anywhere, anytime soon.

"It would be near impossible to effectively eradicate the entire population without causing a collapse of the rest of the ecosystem,” said Brent Bellinger, Environment Scientist Senior for the Watershed Protection Department with the city of Austin.

He said it will be difficult to get rid of the mussels in Central Texas waterways since they're all connected.

"If someone thinks they're just going to dump a chemical in there and it's going to take care of their problem it's not and you’re probably going to hurt your neighbor and everyone else down river,” said Bellinger.

He said zebra mussels have been a problem in the Great Lakes for 30 years, and said just recently the ecosystem is starting to adapt to them with fish trying to eat them, but according to him, that isn't a wide spread solution to getting rid of them.

In Williamson County, they're working on prevention.

The Brushy Creek Regional Utility Authority is working on a two-part barrier where they’ll coat the intake screens that filter out debris with a substance that prevents the mussels from attaching and use a chemical in the raw water pipes to make an unfavorable environment for the mussels.

"Permanganate is a very common chemical used in water treatment," said Aaron Archer with Walker Partners Engineers. "It's used in water plants all the time across the country. Its approved for that use, and so we use it in very small doses, it has a lot of benefits. It can help remove iron and manganese and taste and odor compounds out of water, and in this particular case it's also great to prevent zebra mussels from attaching to the pipeline. They'll basically keep floating through the water plant up to where we can remove them."

Archer designed the plan and said they want to make sure they get it up and running before the mussels reproduce in May.

"Long term with zebra mussels if you don't control them or do something to treat for them - then what happens is that can eventually start to clog screens or really start to reduce the capacity of pipelines," said Archer. "We don't want to have any of those reductions in capacity or have some difficulties on pumping and so we're going to get out ahead of it before it becomes a problem, because they get established and make sure they don't take a foothold in the system."

Monday, Austin Water said they will invest millions of dollars to stop zebra mussels from making an impact like this again that includes chemicals to keep the population in check as well as cleaning by both machines and divers.

For now, the only way to stop the mussels is to prevent them from spreading.

"It’s unfortunate that it kind of takes a calamity to kind of increase awareness, but hopefully that will parlay into people being more diligent about how they utilize our resources,” said Bellinger.

"Do your part just to make sure this doesn’t get any worse in all the other Central Texas lakes,” said Reichle. "You need to make sure you don't spread that because pretty much once it gets in the lake it in the lake for good."