Former KVUE reporter Dick Ellis has kept in touch with the families over the years as investigators have continued to work to solve the crimes. 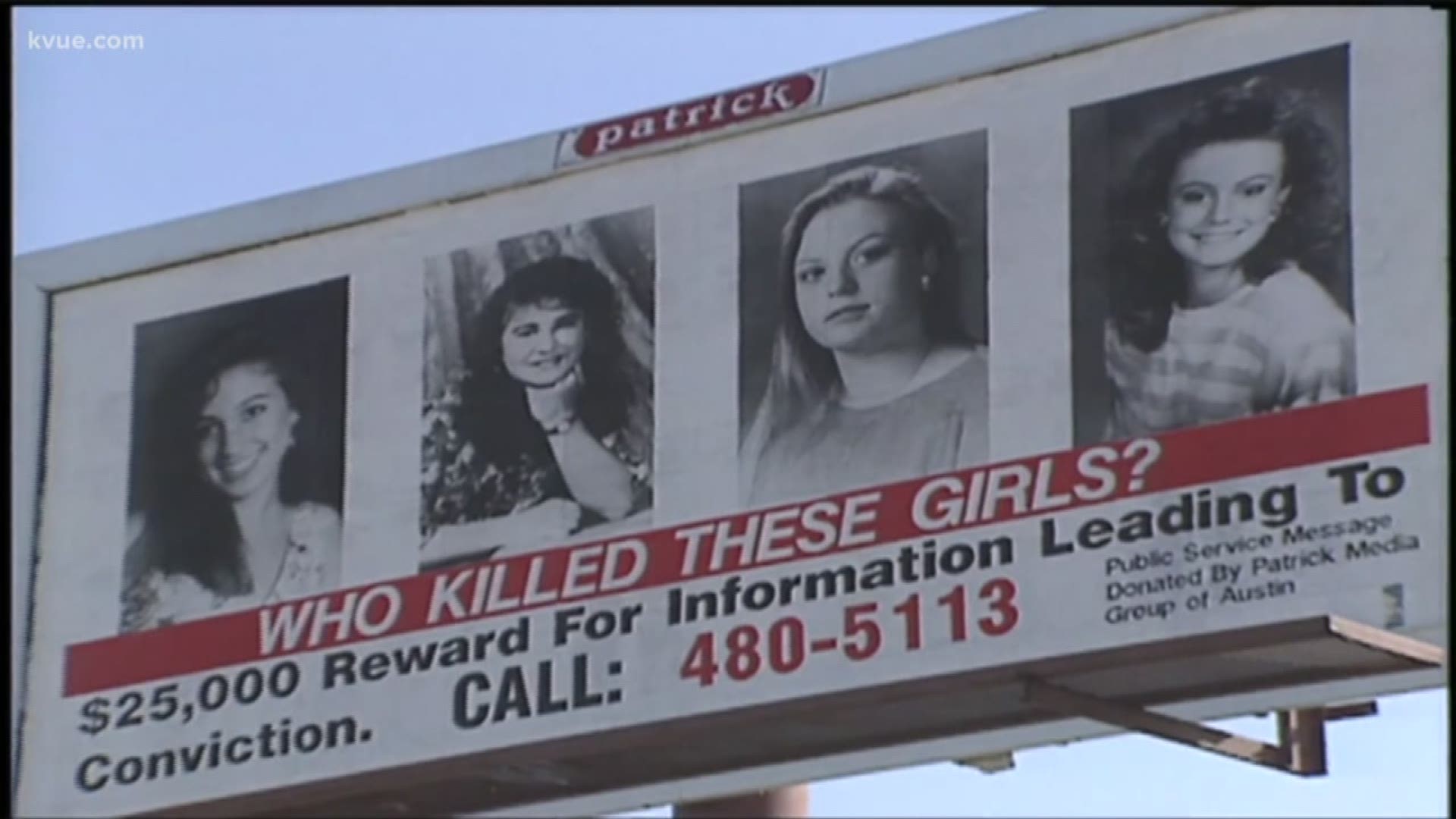 AUSTIN, Texas — The crimes were horrific.

Four teenage girls were found shot to death at the I Can’t Believe It’s Yogurt store at 2949 West Anderson Lane in Austin on the night of December 6, 1991.

What may have begun as a robbery turned into a scene of incomprehensible horror.

The killer or killers tied up the girls in the rear of the store and shot each of them in the back of the head. They rounded up cardboard boxes, paper supplies and Styrofoam cups, placed them on top of the girls’ bodies and poured lighter fluid.

The ensuing fire destroyed much of the evidence that investigators would need to solve the case.

Former KVUE reporter Dick Ellis covered what many considered to be the crime that lulled Austin from its innocence. A stunned city simply couldn’t comprehend so much violence in the ordinary, everyday setting of a yogurt shop.

Ellis said he decided that with most of the media’s focus on the crimes, there was more to the story that had to be told.

“I went to the KVUE news director and asked permission to approach the families of the girls in order to learn more about who they were,” Ellis told KVUE recently. “Even though the parents were understandably distraught, they agreed to talk to me and take me and my camera into the girls’ bedrooms to learn more about the routines of their daily lives.”

His interviews were broadcast in a series of reports on KVUE shortly after the crimes occurred.

Two of the girls who died that night – Eliza Thomas and Jennifer Harbison – worked at the yogurt shop. The other two – their friend Amy Ayers and Jennifer's sister Sarah – stopped in before closing time on December 6.

“I knew there was more to the story than pictures of the crime scene,” Ellis said. “It was the little things that told the stories of who those girls were. One of them collected miniature cats and horses. Another had dozens of pictures of her best friends. Another was a track star at her school.”

All were involved with the Future Farmers of America (FFA). That’s where they met and became friends.

“There was a lot of home video of the girls paling around together at FFA events as they showed the farm animals they had raised," Ellis said.

Ellis has kept in touch with the girls' families over the intervening years as they have experienced the ups and downs as investigators continue to work to solve the crimes.

Two men confessed to the murders, but later recanted their confessions, which they claim had been coerced. They went on trial in Travis County where a jury found each man guilty in the death of one of the girls. But the Texas Court of Criminal Appeals ordered new trials after they ruled that the confessions were improperly used in court.

Pending new trials, the men were let out of prison.

Adding to the families’ frustrations, DNA found on one of the girls at the crime scene didn’t match any of the DNA taken from the suspects.

Until investigators discover who that mystery DNA belongs to, the wheels of justice are at a standstill.

RELATED: Another mini-trial possible for man once convicted in yogurt shop murders

When Ellis and a KVUE photojournalist recently visited two of families for the second part of the KVUE Crime Files series on the yogurt shop murders, Ellis said no one has given up hope that someday justice will be served.

“The parents of the girls say they have moved on in some ways, but they will always carry their daughters in their hearts and memories,” Ellis said. “They and everyone who knew the girls – in fact, everyone who was living in Austin at the time – wait for the day when whoever committed these crimes face their punishment.”

If you have any information about these crimes, regardless of how insignificant you think it might be, please call Austin Crimestoppers at (512) 472-TIPS or the APD Cold Case Unit at (512) 974-5250. You can remain anonymous.

EDITOR’S NOTE: Dick Ellis will be featured in KVUE's three-part series "KVUE Crime Files," examining the yogurt shop murders. You can find Part 1 here. Part 2 will air Friday, May 17. Part 3 will air Friday, May 24, as Ellis looks at the crime from the APD Cold Case Unit that continues to seek answers as to who committed the crimes at the yogurt shop that December night in 1991.