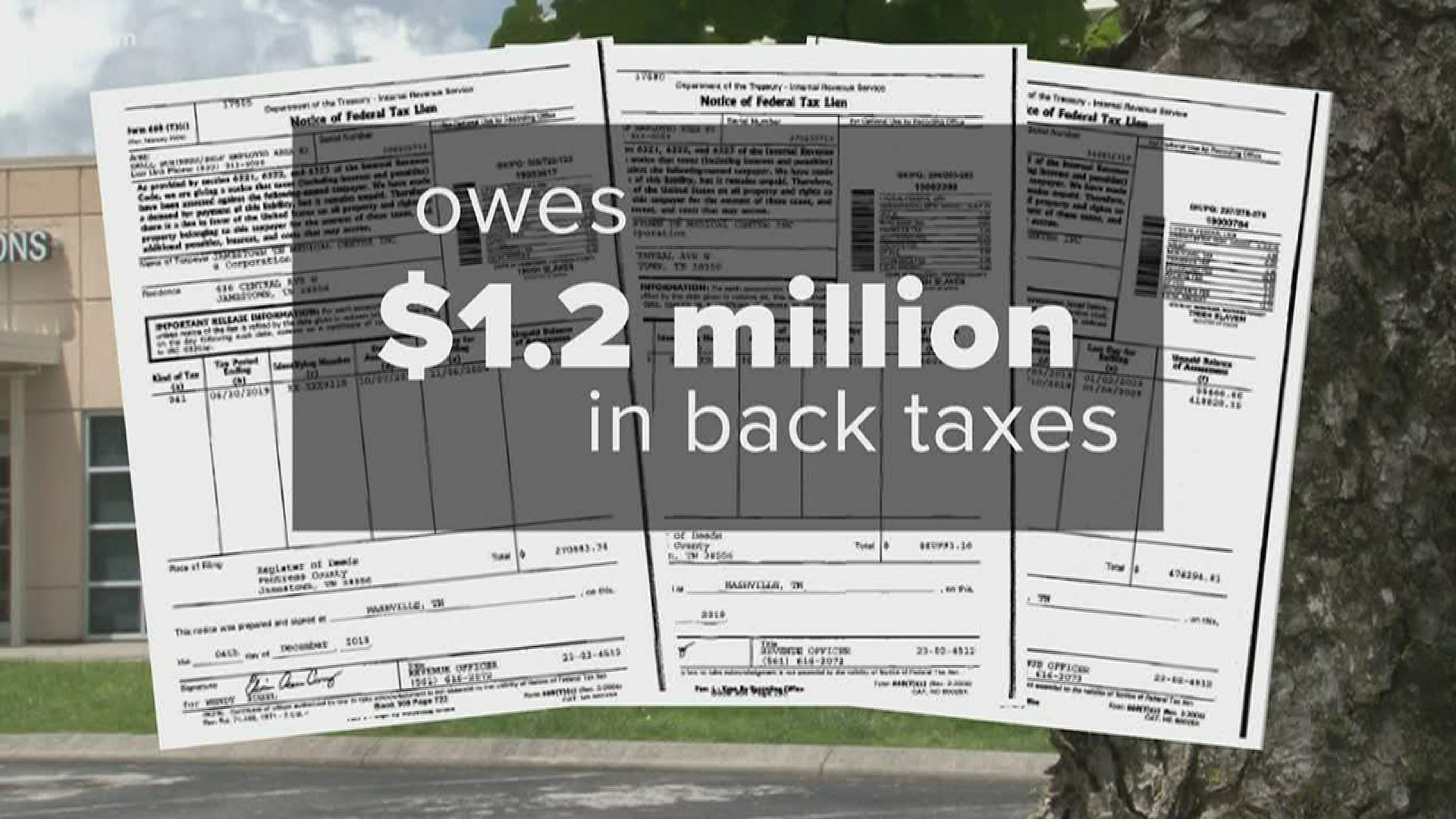 JAMESTOWN, Tenn. — The federal government gave more than $121 thousand in coronavirus relief money to the Jamestown Regional Medical Center, a hospital that has been closed since June 2019.

The Department of Health and Human Services says the hospital received $121,722 from its provider relief fund.

On Monday, there were no cars in the parking lot, no lights on and no doctors inside the facility. Faded signs posted on the doors since June 13, 2019 warned no patients would not be treated until it re-opened.

"It's not fair for them to direct money to a hospital that has currently no real ability to re-open and provide adequate and safe patient care," former Jamestown nurse Miah Elmore said.

"It's disgusting in a way," former Jamestown nurse Karen Cooper said. "There are hospitals and things that are seeing the COVID patients that could've utilized that money."

Cooper is part of a class-action lawsuit alleging Rennova did not pay Social Security or federal payroll taxes withheld from employee's paychecks.

Rennova appears to be in deep financial trouble at the other two hospitals it runs, the Big South Fork Medical Center in Oneida and the Jellico Community hospital in Campbell County.

It is behind on federal taxes for both locations, with records indicating IRS liens of more than $4.4 million.

Despite the back taxes, Rennova said in financial filings last week the federal government gave it $7.4 million in taxpayer money through the coronavirus relief fund.

It also said it would be tardy filing the required quarterly SEC report, which it has neglected to file on time frequently in the past.

WBIR has reported extensively on issues at Rennova facility across East Tennessee.

Cooper said the money for the Jamestown hospital adds insult to injury; when it closed the facility, Rennova left Fentress county without a hospital.

"It's another slap in the face and there's nothing we can do about it," she said. "We just feel so frustrated."

Late Monday, the federal Department of Health and Human Services said it would "force repayment" of stimulus funds from closed institutions, but a spokesperson has not responded with details of how that forced repayment would work.

WBIR also sent a list of questions to Rennova's spokesperson and CEO. He issued a statement Thursday defending the payment.