She died in February but the test supposedly took place in June. 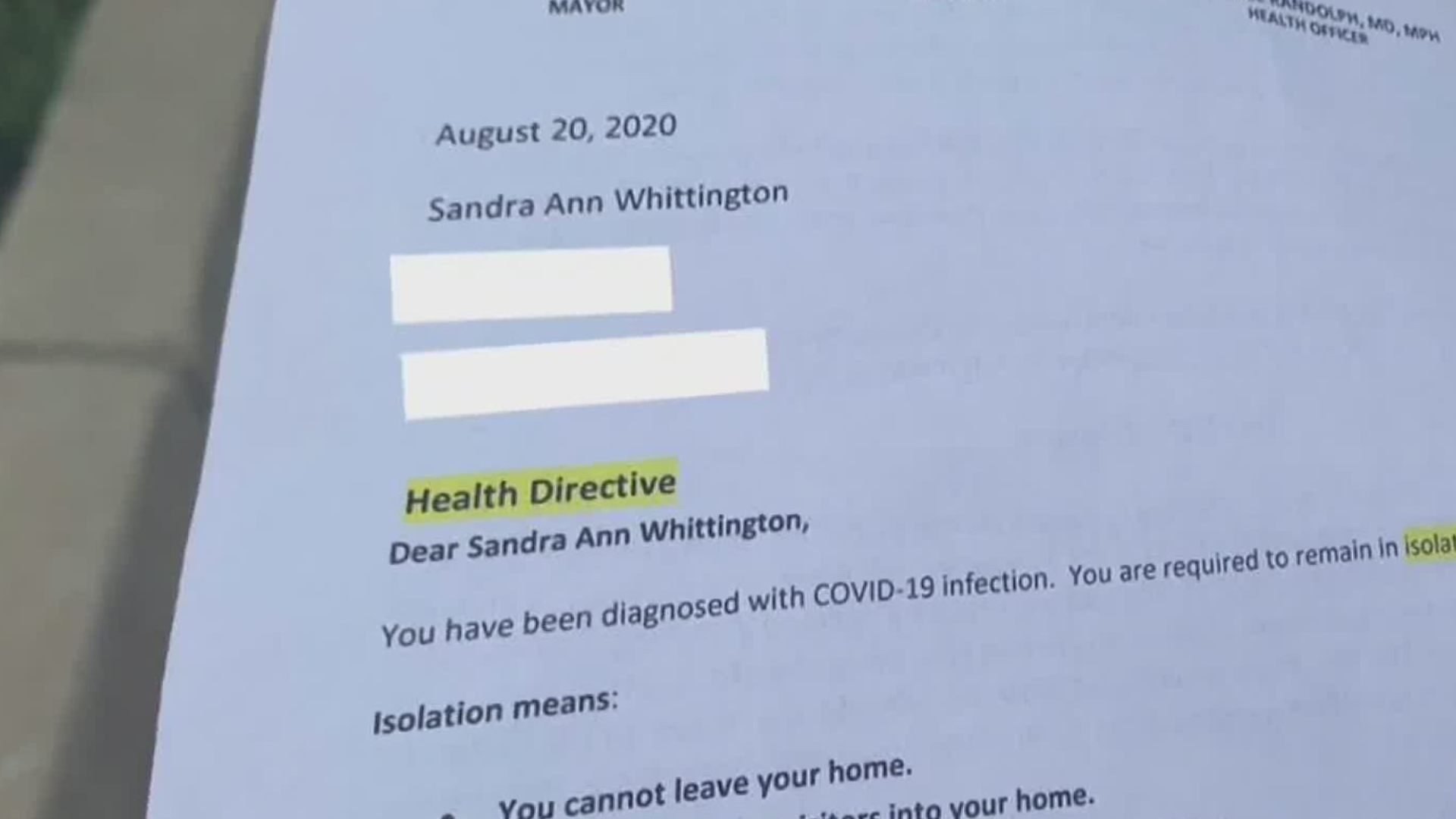 His mother died six months ago, but the health department just sent her a letter saying she is COVID-19 positive.

Troy Whittington said he was surprised when he opened the letter this week from the Shelby County Health Department. He knew what was in that letter was false.

"I'm just having a hard time understanding how they can say someone has COVID-19 when they are not even alive," said Whittington.

Whittington said a letter arrived from the Shelby County Health Department for his mother, Sandra Whittington. The letter says she has been diagnosed as COVID positive and needed to isolate.

That would be difficult, according to her obituary: the 66-year-old died February 16th. That was weeks before the first case of COVID-19 was detected in Shelby County.

"It's been 6 months, almost 7, since she passed away. There was no testing that was done at that time. On her death certificate it was stated she died, what the cause of death was, and it was not COVID-19. It was COPD," said Whittington.

The Millington resident said his mom fought a long battle with COPD and was considered in stage 4 when she died in hospice at the home of a friend.

Whittington said when he called the health department, he was told she took a COVID-19 test June 20th, which was clearly impossible. She was cremated.

RELATED: COVID-19 testing in the US is dropping, even as deaths mount

Imagine your mother has been dead for 6 months but she gets a letter saying she has been diagnosed with COVID 19 from a test that was supposedly taken in June ? Hear from her son tonight at 6! pic.twitter.com/GdxVgGMkFO

"It's impossible for someone to be tested on June 20, who passed away on February 16th," said Whittington. "I tried to call the health department this morning, ask them why this was going on. She said she would have to get a supervisor. She was sorry for the mistake or she couldn't tell me any information till she got a supervisor, and I haven't heard back from them."

Whittington said this situation makes him question not only the Shelby County Health Department's COVID 19 statistics, but statistics across the country.

"I would just like for the health department to be more accurate." He added, "They have a record of her death there. That is where I got the death certificate from and it's in the same building they're sending out saying she is positive, which is not possible."

Whittington also would like to point out, if his mom had been alive and tested positive, why did it take so long for the notification to go out?

"We're talking two months later. She needs to be quarantined for 10, well we've got 60 days from the time of the test to get the letter out to her which is unacceptable," said Whittington.

The Local I-Team reached out to the Shelby County Health Department. This was their response: "Dr. Haushalter is reaching out to Mr. Whittington to apologize on behalf of the Health Department about the mistake and the additional pain it might have caused the family. She also states that new protocols will be put in place to make sure a mistake like this doesn’t happen again in the future."