The medical examiner's autopsy explained children under the age of 6 should not be given diphenhydramine without a doctor's note. 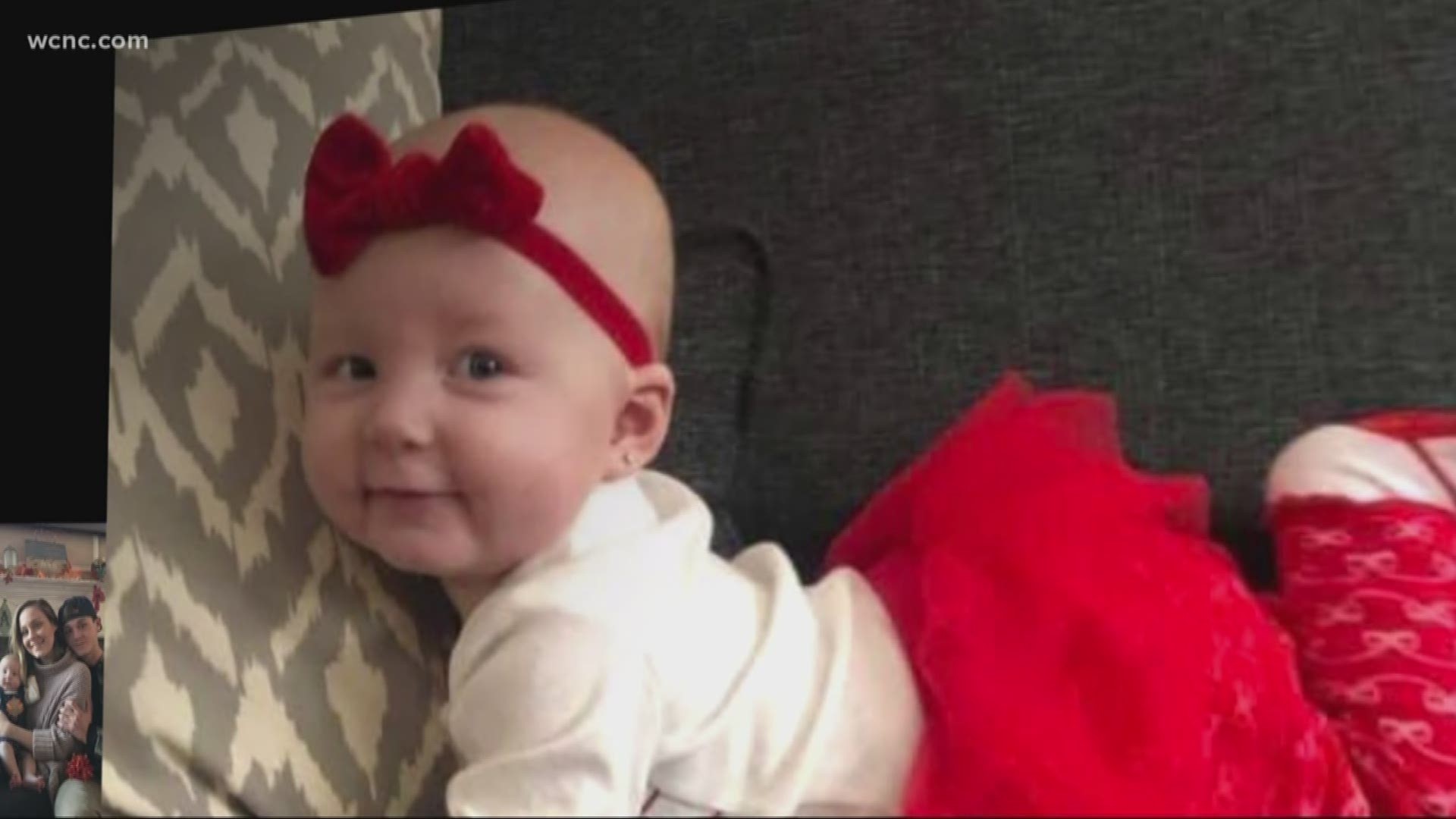 MATTHEWS, N.C. — A Matthews, North Carolina family is grieving the loss of their grandchild, who was given a deadly dose of allergy medicine at a Vermont daycare, according to a police report.

Larry Briar remembers the anguish in his son's voice when he called them with the news.

“My son called me hysterical," Briar recalled. "He was saying Harper wasn’t breathing.”

A criminal investigation determined 6-month-old Harper was given diphenhydramine, the active, sedating ingredient in allergy medicines such as Benadryl.

“She had high doses of Benadryl In her system – that’s basically what killed her," Briar told NBC Charlotte.

The medical examiner's autopsy explained children under the age of 6 should not be given diphenhydramine without a doctor's note. Harper's doctor had not prescribed any such medication.

Larry and his wife, Jennifer, continue to grieve the loss of their first grandchild.

"Just the pain in his voice will always be with me," Jennifer said recalling her son's phone call.

Harper was found unresponsive and not breathing at her state-certified, in-home daycare facility in January. It was Harper's third day at the facility.

“I think if you're a daycare provider you should have the basic awareness that that's not ok,” Jennifer said.

Police charged the daycare worker, identified as Stacey Vaillancourt, with manslaughter and cruelty to a child – but a judge released her on $25,000 unsecured bail. Harper’s grandparents are devastated and angered by the decision.

“It doesn’t make sense. This was senseless. This was laziness. This was all something that could have been prevented,” Jennifer said.

No longer getting notifications? Click here for the new WCNC app

"Roll everything you can" | First moments of Dale Earnhardt, Jr. plane crash

Mary Jo's in Gastonia closing at end of August