From living with back pain for years to a life-changing procedure. Only the change was not at all what he expected. 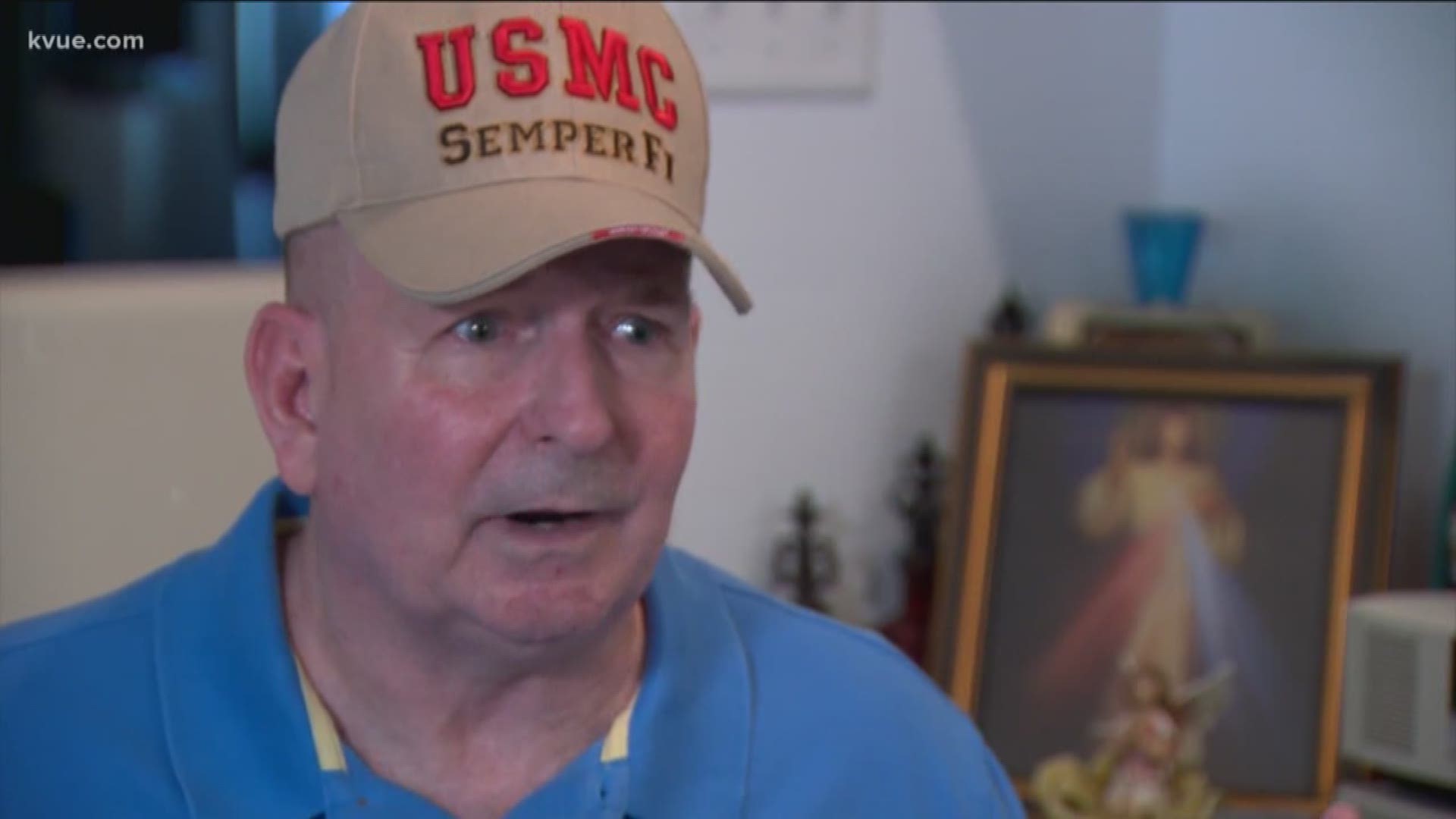 NEW BRAUNFELS, Texas — David Winnett has seen a lot. He retired from the Marines as a captain after spending 20 years and countless tours around the world.

“I did three tours in Okinawa. I did a tour down in Guantanamo Bay before 9/11,” said Winnett.

The training took its toll.

“I developed degenerative discs. I started developing severe back pain the last two to three years of my career,” he said.

Push to get patients off pain pills

“They told me I could relieve the back pain and get off the opiates,” he said.

Stimulators use electrical currents to block pain signals before they reach the brain. Each year, 50,000 are implanted worldwide.

He scheduled surgery for September 2017, a one-week trial to see if he should get the permanent implant.

“I came out of recovery and, within about a minute of waking up, I felt a very intense pain in my left groin,” he recalled.

He stood up for what he did not realize would be the last time.

“I laid back down and the exact same thing began happening on the other side – intense pain – and then the pain hit my back. It was like someone was stabbing me in the spine. It was just horrible, I just started screaming,” Winnett said. “Around that same time, my legs went to sleep.”

“I thought the pain at the clinic in my groin was bad. Oh, no, this was like a thousand times worse,” he said. “The next day I woke up in ICU. The doctor who put the device in came to visit me and he was apologizing to me and I said, ‘Hey doc, that pain, when they took that thing out, was horrendous.’ And he said, ‘Didn't they turn it off?’ He looks at me. And I think, why didn't he turn it off?”

He took a video while recovering in the hospital that showed the lights were still flashing, the power to the stimulator was still on.

“It literally felt like I had sparks inside my spine – it was that bad,” he said. “An MRI taken right after they pulled them out in Austin showed that one of the leads had taken a wrong turn. It hadn't gone straight in.”

Doctors determined the stimulator hit a blood vessel, causing blood to fill his spinal column killing the nerves of his spine. The life-changing surgery changed him in ways he never imagined.

“I'm a paraplegic. This has just been a nightmare.”

Winnett is not alone. Device Events.com found 681 people have been paralyzed by spinal cord stimulators and more than 100,000 other injuries – most since 2008.

Paralysis Reports Through May 2019

Dan Ross, an Austin attorney, represents Winnett and has represented a number of other patients with medical device injuries.

“There are many heartbreaking stories including David’s," said Ross. "Companies have been successful in getting judges to throw out these cases because they are preempted by a law that doesn't offer any remedies.”

The device Winnett had implanted was approved a month before his surgery through the pre-market approval (PMA) process, meaning it did undergo some human clinical trials.

People harmed, killed or disabled by a medical device that the U.S. Food and Drug Administration classifies as Class III cannot sue the manufacturer. Class III devices have the highest risk – they include cardiac stents, pacemakers and stimulators.

This is due to a 2008 U.S. Supreme Court ruling. The case Riegel vs. Medtronic granted “pre-emption” protection to makers of devices that undergo PMA. The court ruled that, because the devices undergo clinical trials and studies, they are subject to liability protection.

That means Winnett cannot sue the manufacturer for what happened. It’s a loophole Congressman Lloyd Doggett and others want to fix with the Medical Device Safety Act.

"It's important that doctors get this information in and that we have the right. Everyone has the right to seek redress for their injuries and that these companies don't hide behind the FDA,” said Doggett.

It is too late for Winnett.

“I did not plan to spend my retirement this way,” said Winnett. “Ironically, even after this paraplegia, I still have the same back pain because I'm paralyzed below that level.”

He makes the best of each day sharing his story in hopes of helping others know the risks.

“I tried to do the right thing, what's politically correct nowadays, to get off the opiates. Well, look what happened to me as a result. If I'd had it to do over, I would have slept in that day,” he said.

The North American Neuromodulation Society issued a statement about spinal cord stimulation this fall. It can be found here.

It states that "approximately 60,000 SCS therapies were implanted in the U.S. in 2016. Up to one-third of patients implanted with a SCS system will experience a complication, the vast majority of which are minor. "

It goes on to state, “Reported severe neurologic complications, including paralysis, occur in less than 1%.”