Impassioned pleas to lawmakers took place all day in the nation's capital. 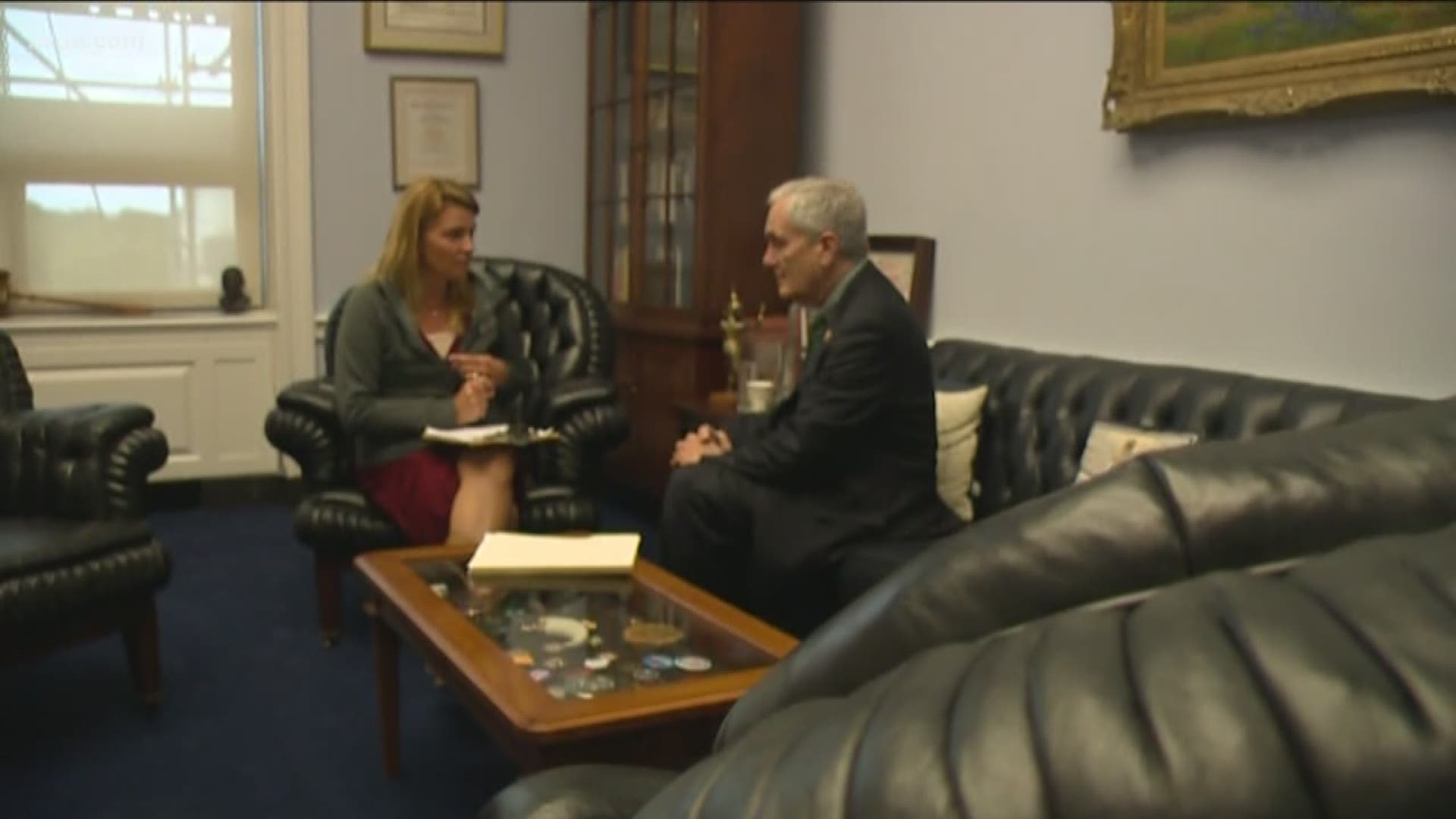 WASHINGTON D.C., DC — On Wednesday, lawmakers in Washington D.C. met with patients who have experienced issues with medical devices.

The goal was to spark change in the FDA's approval process and increase transparency – issues the KVUE Defenders have been reporting on since the beginning of the year.

Impassioned pleas to lawmakers took place all day in the nation's capital. People traveled from across the country to make sure lawmakers understand the scope of the dangers of medical device – including an Austin mom KVUE introduced you to in February.

Traveling isn't easy for Frances Scott after she received a metal-on-metal hip implant that she says left her poisoned and her muscles damaged.

She shared her story with KVUE earlier this year but met Congressman Lloyd Doggett for the first time this week.

Rep. Doggett wanted to meet with Frances because he is pushing for two bills to increase the transparency of medical device problems.

For good reason. According to Device Events, a service set up by a former FDA worker to better track problems with medical devices, the FDA receives more than 80,000 reports of problems each month involving various devices.

“The FDA takes two months to two years to identify a problem with a device,” Madris Tomes, founder of Device Events, said. “It makes me feel like the FDA is failing patients and failing physicians. We’re putting our healthcare system at risk because the FDA is not acting.”

That antiquated system makes it difficult for patients and doctors to understand the true scope of the problems.

RELATED: For decades, medical device dangers were hidden in reports only the FDA could see

“I think we need legislation to mandate a registry. Some within the FDA think a registry is a substitute for effective pre-approval testing. I don’t. I think we need them both,” Rep. Doggett said. “We need that information to be out there so that everyone can be fully informed before they take the big step of an implant.”

Similar bills have failed to pass several times on Capitol Hill, but there is by partisan support this time. And just this week, the FDA began releasing summary reports on medical devices which were previously hidden from the public.

With more meetings scheduled for Thursday, there is a lot of hope that lawmakers are hearing patients cry for help.