Last year alone, more than 1 million doctors received payment from pharmaceutical or medical device companies. But is that something that should concern you? 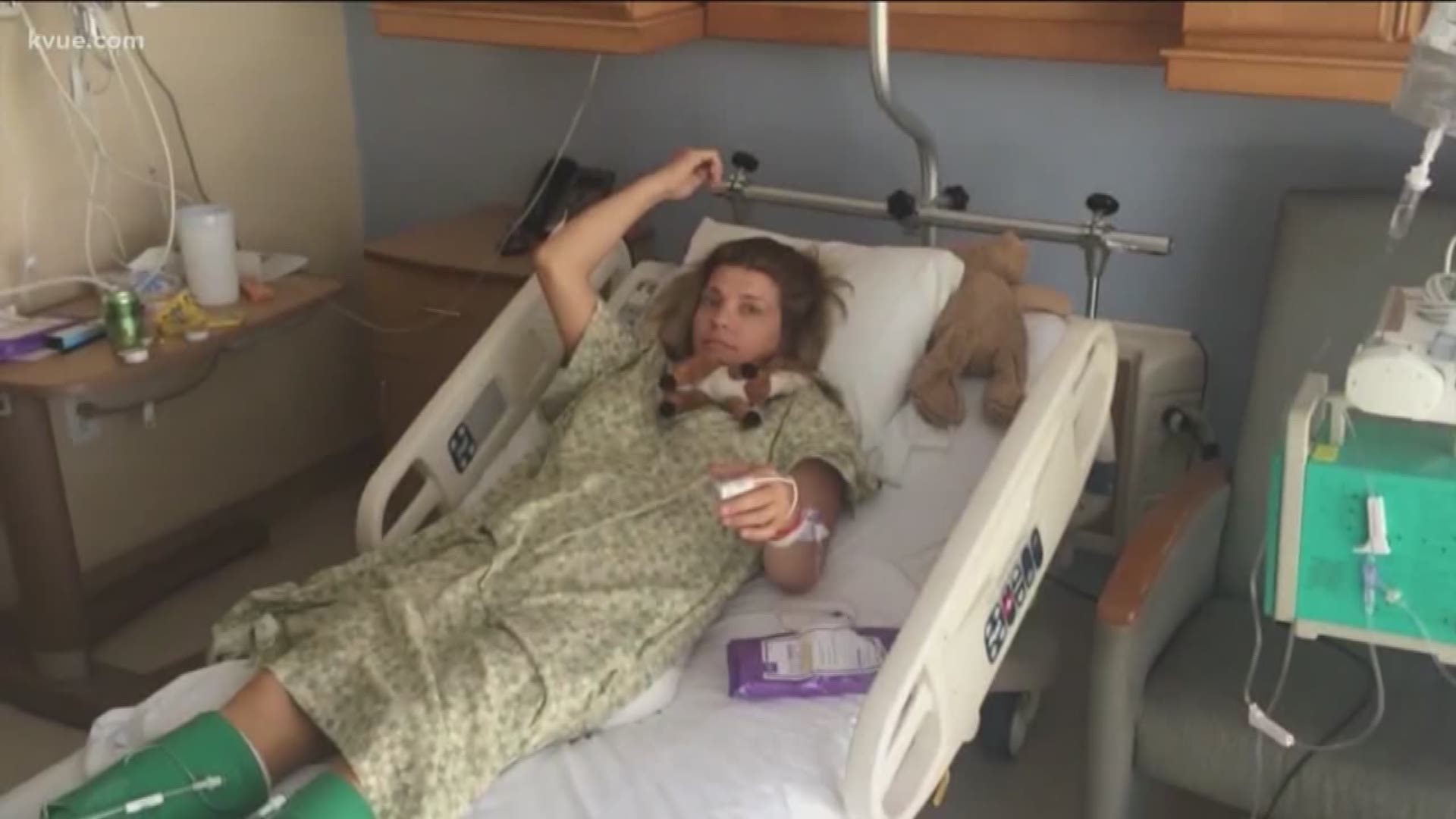 AUSTIN, Texas — More than a million doctors received some kind of payment from a pharmaceutical or medical device company last year. And, as the KVUE Defenders discovered, it is something you should be asking your doctor about.

Like a game of cards, medical devices carry their share of risk. There's a chance you'll feel better, but they may also make you feel worse.

Frances Scott knew double hip replacement surgery was unusual for someone her age, but she never imagined her outcome.

“I knew they were bad from probably two months after I got them,” said Scott.

Unable to walk or stand all day, get back to work and struggling with her memory, she finally got tested for metal poisoning.

“It came back so high that had I been poisoned by it. OSHA would have come in and shut down my workplace, but because I was being exposed to a device that was implanted in my body, what do we do about that?" questioned Scott.

It took her years to find a doctor to remove them. Along the way, finding information she wishes she'd known before her surgery. 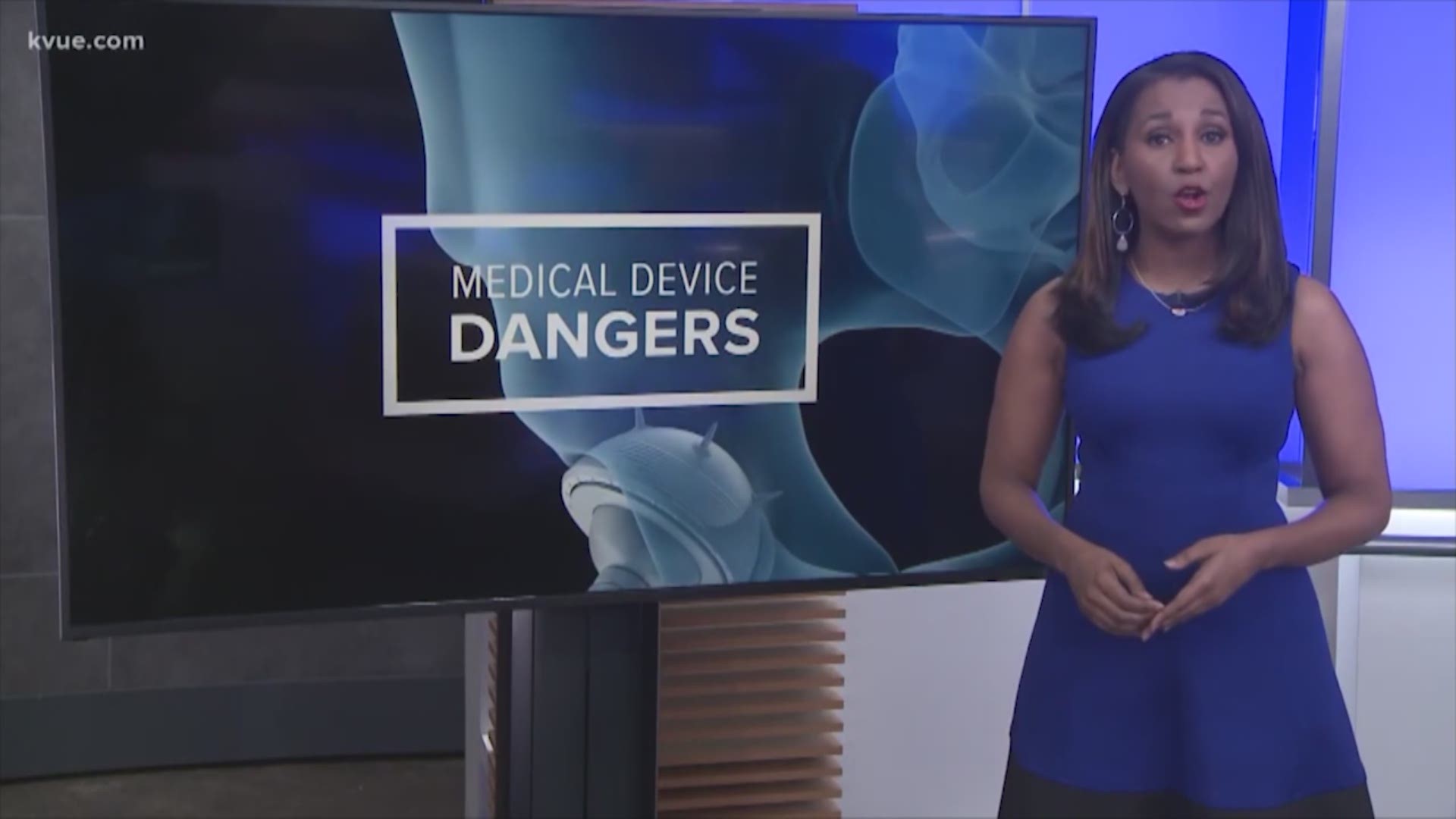 “There was no way to find out if he was in bed with the companies, that he was getting paid to consult with these companies. To this day, I don’t know if he was one of those ones on payroll,” said Scott.

“To this day, I couldn't tell you if [her surgeon] really thought the hip he installed in her was the best,” said Skip, Scott’s husband.

It's not just hips, but mesh, breast implants, dental implants and more. Back when Frances had her surgery, there was no way to find out if doctors were getting paid by medical manufacturers.

Now you can. Since 2014, doctors and surgeons have been required to report kickbacks from medical device and pharmaceutical companies.

“Physicians aren't implicitly biased just because of the dollars,” said Dr. Tyler Goldberg, an Austin orthopedic surgeon who is among the highest-paid in the Austin area.

He had to have both hips and a knee replaced. For him, the amount of money Dr. Goldberg makes on the side is a non-issue.

“There are rewards for being talented like that, coming up with new designs, new devices – I don't have a problem with that,” Warren said.

“How much a physician would make is a reflection of how hard they work, how much time they spend away from their practice and, in the royalty section, how successful their product is,” said Dr. Goldberg.

"I make no money or no royalties from anything I put in, anything the hospital where I work puts in or any of my partners puts in," said Dr. Goldberg.

Doctors like general surgeon Vineet Choudhry, M.D. admit there is pressure from companies to use their devices.

“I get pressure all the time in all different directions to use certain products, but again it's up to us to use our judgment, to know if and when it's appropriate to do something,” said Dr. Choudhry.

When asked if receiving money from a medical company clouds their judgment, doctors had strong opinions.

It is something that is getting the attention of federal lawmakers.

“I’d want to look at that and, if I saw that my physician was getting hundreds of thousands of dollars, in some cases millions of dollars from companies, I’d probably want a second opinion,” Rep. Lloyd Doggett said.

Doggett is co-sponsoring two bills. The Medical Device Guardian Act would require doctors to report problems with medical devices to the FDA. Right now, there is no such requirement.

The business of medicine is something Frances Scott wishes she had known more about before getting metal-on-metal hips.

“This whole thing really saddens me,” said Scott. “There are plenty of doctors who do not take these lucrative arrangements, but some do."

Nearly 10 years later, even with new hips, Scott is forced to use a walker most days.

“I wouldn't want anyone to hurt like I've hurt,” she said.

How to check how much your doctor makes

You can check to see if your doctor receives any money from pharmaceutical or medical device companies here. You can also search back as far as 2009.

Since the KVUE Defenders have been covering these issues, a handful of devices have been recalled, about a half dozen hearings have been held at the FDA, and the agency has released millions of previously hidden records.

The FDA has another scheduled hearing on metal devices and the effects people have suffered on Nov. 13. Scott will be speaking on behalf of injured patients.