Doctors and patients had strong words about medical device dangers after two days of hearings in Washington, D.C. 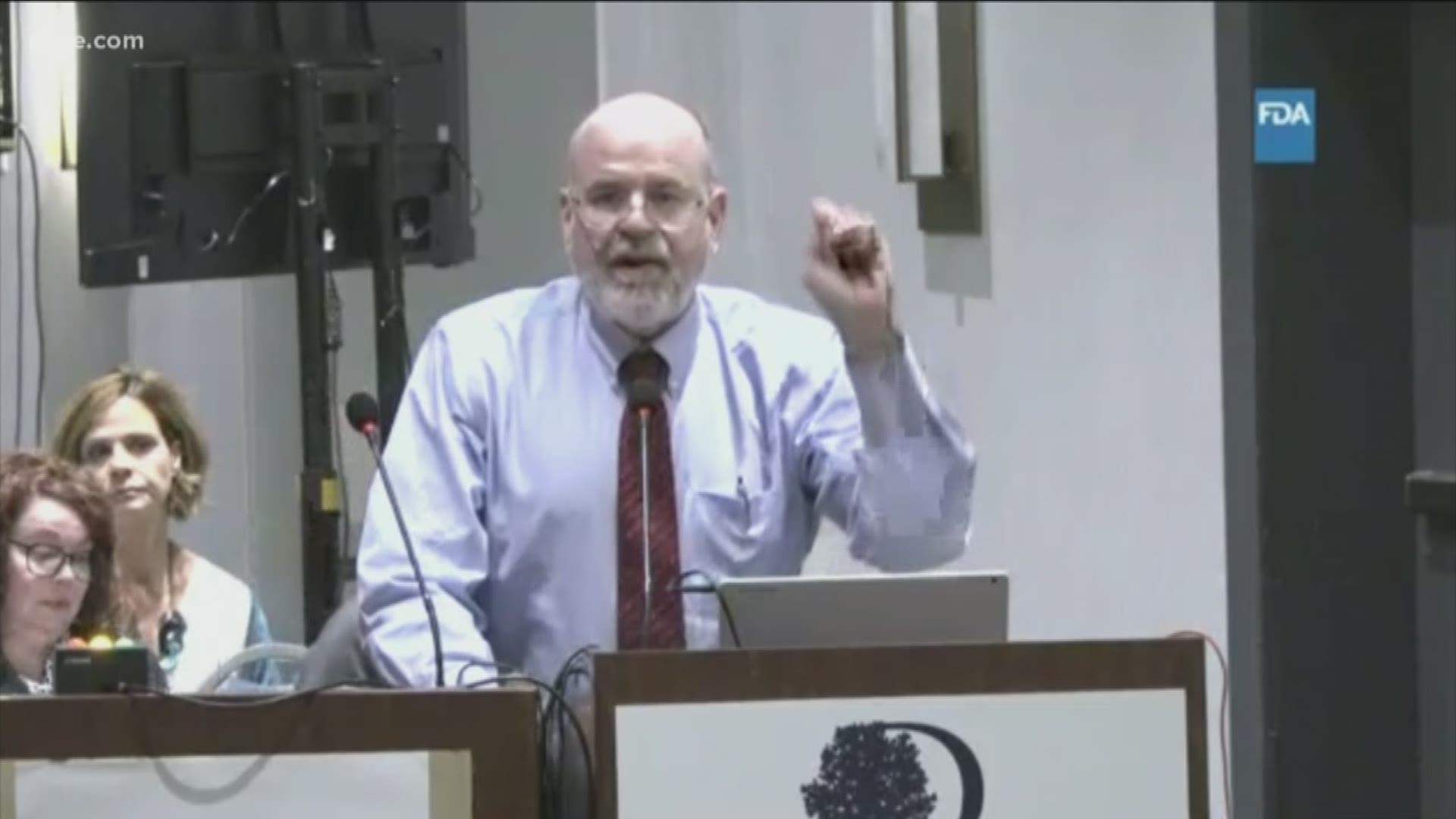 AUSTIN, Texas — “The FDA is not doing its job,” said Dr. Stephen Tower, M.D., an orthopedic surgeon from Alaska.

Those words are not exactly what you'd expect a doctor to say about a government agency tasked with protecting patients, but Dr. Tower is more than an orthopedic surgeon; he's also a patient poisoned by a metal-on-metal hip implant.

“I lost all the tissue at the hip, suffered neurological issues and more,” he said.

Dr. Tower shared years of research after studying the effects of metal implants on people around the world. He said looking at his research, anyone with metal ion levels at one part per billion in their urine, or 0.4 parts per billion in their blood, is having problems. As those numbers go up, he said, so do the symptoms.

“The FDA, in my experience with orthopedic implants, is more interested in the health in the ortho-prosthetic industry than it is in the health of the patient,” he said.

“You guys allowed the industry to pull metal-on-metal silently off the market and those metal-on-metal hip patients that are not recalled are now coming into my office seriously neurologically ill and in heart failure. It is a public health travesty,” said Dr. Tower.

Austin mom Frances Scott, whose story we have featured on KVUE, also spoke before the panel.

“I'm in daily pain. I can be on my feet one to two hours a day unless I am medicated with Celebrex or narcotics, which we know have terrible side effects,” said Scott.

From pain to neurological and heart issues, patients and doctors spoke up about what they are seeing in thousands of patients.

"This is not just a metal-on-metal problem. This is a problem on any knee, shoulder or hip with a chrome cobalt implant," said Dr. Tower.

Doctors say Linda Radach's heart failure is caused by metal poisoning from her implanted hip. She’s had five surgeries and is still in daily pain.

The stories shared with the FDA this week are nothing new. This same type of hearing happened nearly a decade ago.

“The Food and Drug Administration, born out of the progressive era of the 20th Century, has increasingly become a captive of those that it is charged with regulating, and it has not been forceful enough or creative enough, early enough to protect patients,” said Rep. Lloyd Doggett.

He has co-sponsored two bills before the legislature to help increase the transparency of medical devices.

The Medical Device Guardians Act would require doctors to report problems with medical devices to the FDA. Right now, there is no such requirement.

"My hope is that we'll have enough citizen outrage over this, enough participation by the victims who've been directly affected along with their families, that we can bring about some change," Rep. Doggett said.

RELATED: Your doctor may be getting paid by medical companies. Here’s how to find out

Currently, the FDA has no requirement that medical device companies disclose the materials of the devices implanted in people.

“You guys are asleep at the switch – this stuff is happening to hundreds of thousands of Americans and you're doing nothing,” said Dr. Tower.

This August the FDA began rolling out some changes, which include requiring medical devices to have a unique device identifier, or UDI.

It's a label that helps patients identify what is implanted in them, but it does not currently include information about the materials that make up that device. You can look up information on a device you may have implanted in you on the AccessGUDID website.

There are currently 2 million devices listed on this site. There are several devices that are not required to have a UDI.