Doctors said a Dripping Springs mother's cancer was triggered by textured breast implants. Now, her doctor refuses to use that type of implant. 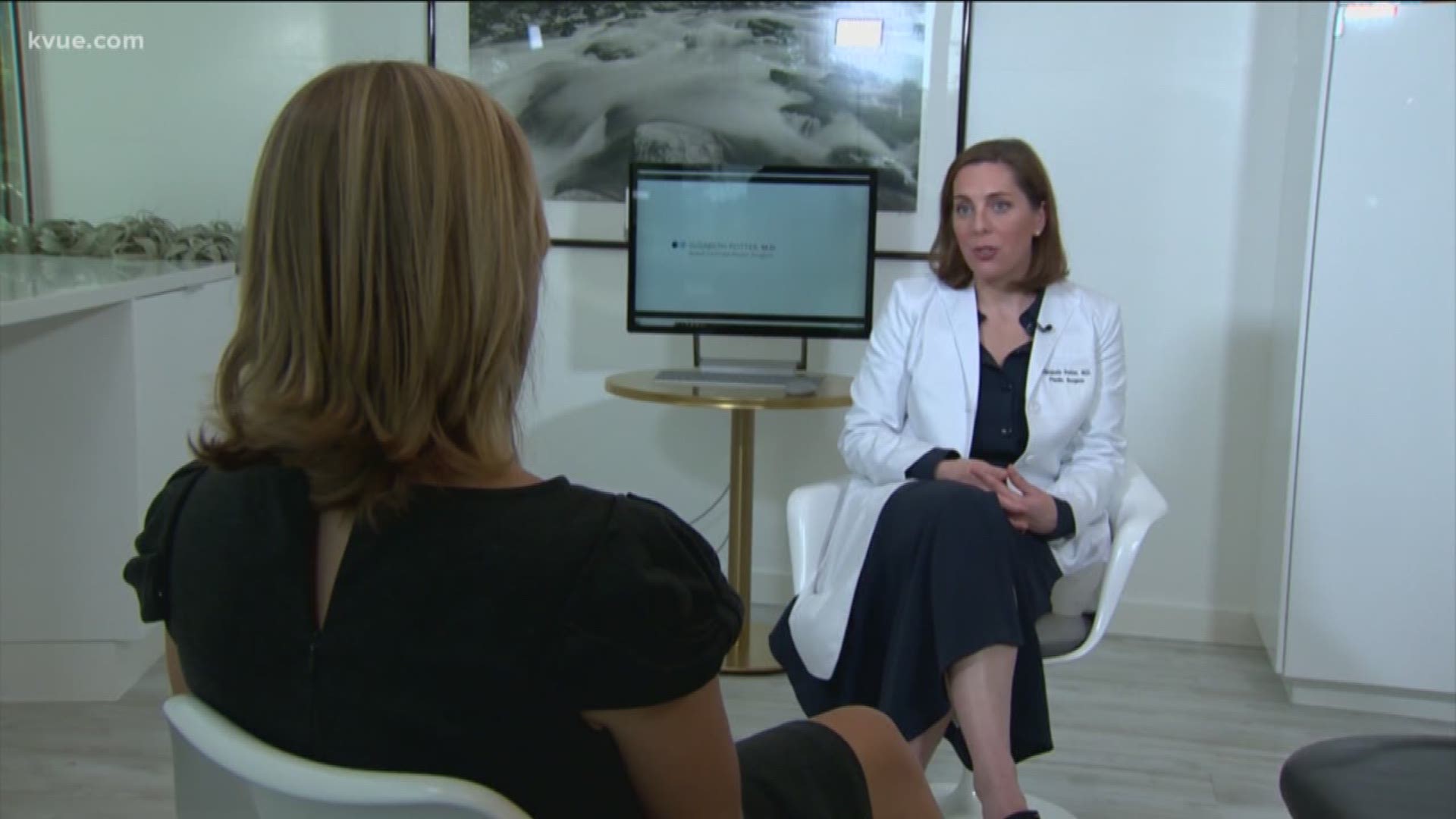 Since 2011, 457 women have been treated for lymphoma, a rare cancer doctors said was caused by textured breast implants. Nine women died.

One of the women who was treated lives in Dripping Springs – and her case triggered her doctor to take extreme action.

For years, most doctors didn't know lymphoma was linked to textured breast implants because cases that showed the connection were hidden in summary reports that only the FDA could see.

RELATED: For decades, medical device dangers were hidden in reports only the FDA could see

“I never had heard about it. Nothing,” Rush said.

Dr. Elisabeth Potter had heard the cancer was rare.

“When I was training, I learned there was a cancer that could happen to women who had breast implants placed, but I heard it was very rare – one in a million. I never expected to see it in my own practice,” Dr. Potter said.

Dr. Potter helped reconstruct Rush’s breast tissue after she removed her textured breast implants. As she does with all surgeries, she removed more of the tissue surrounding the breast implant and sent it to a lab to be sure all the cancer was out.

"It was at that surgery that I found the real surprise," she said.

"I sent what should have been healthy tissue to pathology and when I got the pathology report back after reconstruction, it showed that the cancer had invaded into her breast. I was shocked," Dr. Potter said. "This cancer is not supposed to be a breast cancer, and it’s not supposed to invade into the breast tissue. This breast implant-associated cancer, which had occurred as the result of a cosmetic implant, was now in her bones in the rest of her body."

“Two weeks in, and I started feeling pain in my jaw, in the mandible. She [Dr. Potter] sent me in for a PET scan, and that’s where they found it had metastasized all through my body,” Rush said.

Rush needed five rounds of heavy chemotherapy and a stem cell transplant treatment that left her in the hospital for months.

“It was really, really difficult,” she said.

Rush wasn't the only patient with textured breast implants that Dr. Potter had seen develop lymphoma. She had seen two other cases while in school.

Too many, she said, for something not to change.

“In my mind, it is not safe enough to place a textured implant at this time. I have personally removed them from my practice," Dr. Potter said. "We tell every woman Sandra [Rush's] story. The risk of that cancer is between one in 3,000 and one in 38,000. It is far from one in a million."

Textured breast implants have been banned in Europe and Canada. Following a series of hearings this year, the FDA has decided to further study the issue.

"I hoped the FDA would simply remove the textured implant from the market, while we found out more details. They chose not to do so. Unfortunately, those implants are still being placed," Dr. Potter said.

Twenty-five years ago, Rush expected those implants to change her life, just not in this way.

Dr. Potter said there are options for women looking to use their own tissue for breast reconstruction or augmentation work. As part of Diep flap reconstruction, surgeons use fat from a woman’s stomach and then implant that in the breast area.

This is now a common surgery Dr. Potter performs at her practice.