There were more than 11,000 hit and run crashes last year alone. That’s the highest number since at least 2016. 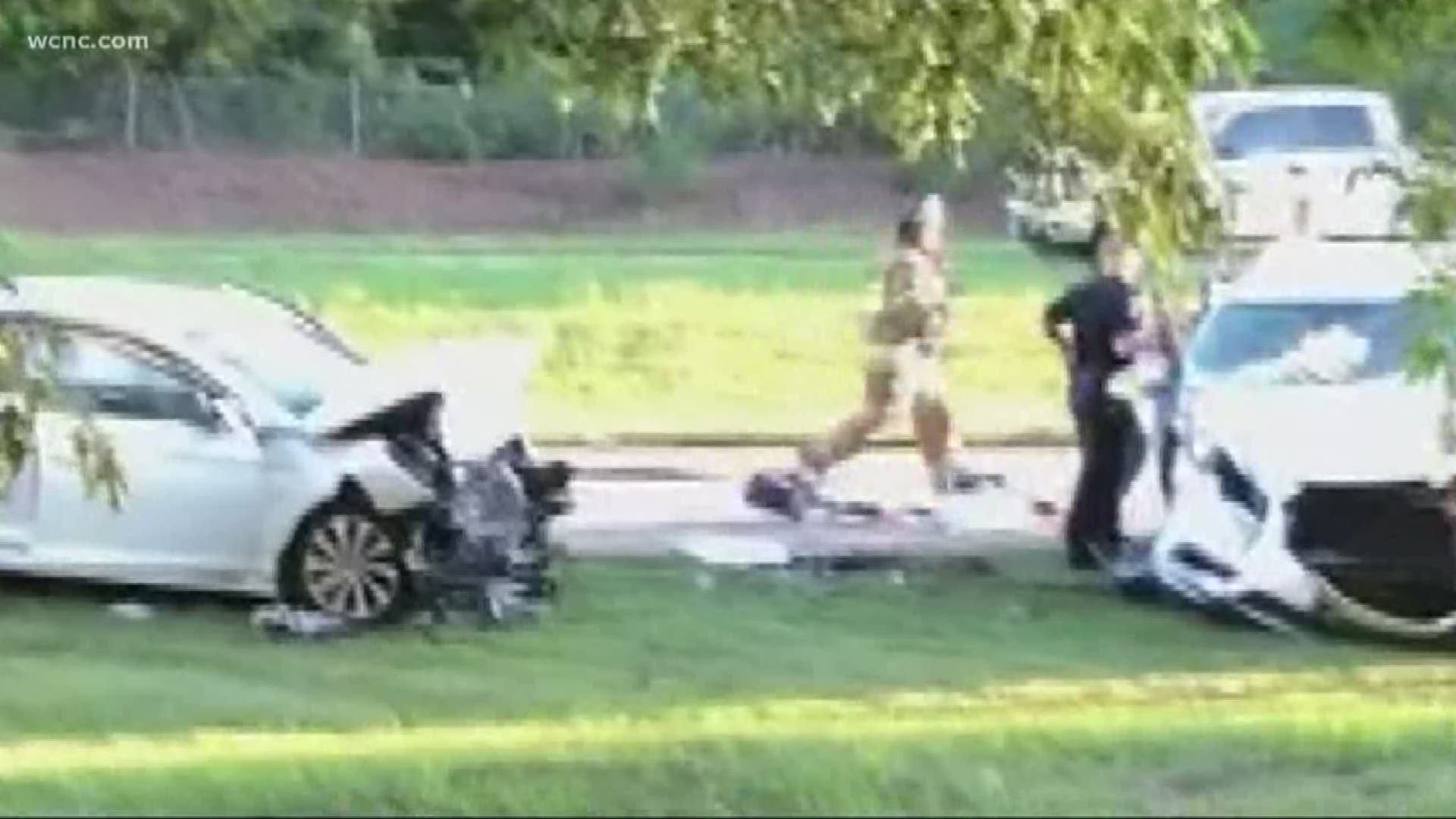 CHARLOTTE, N.C. — An NBC Charlotte Defenders investigation is uncovering an alarming trend about a dangerous crime on the roads, revealing staggering new numbers about hit and run crashes in Charlotte.

According to data from the Charlotte Mecklenburg Police Department, there were more than 11,000 hit and run crashes last year alone. That’s the highest number since at least 2016.

It’s a personal issue for NBC Charlotte Defender Alex Shabad. Shabad was inside a news car earlier this year when another driver crashed into him at Freedom Drive and Allenbrook Drive. Minutes after the crash, the other driver took off. Then just last month, there was a deadly hit and run crash outside the NBC Charlotte studios; it goes to show the prevalence of the problem.

That hit and run crash on Billy Graham Parkway sent six people to the hospital, including 63-year-old Lester Anderson who later died from his injuries.

Police say the driver who caused the crash took off.

“The worst thing you can do is just to drive off,” said Trooper Ray Pierce with the North Carolina State Highway Patrol.

An NBC Charlotte Defenders investigation found it’s happening all the time in the Charlotte area.

“That’s a staggering number, you wouldn't think that many people would do that on a daily basis,” Trooper Pierce said.

Trooper Pierce says most of the time hit and run drivers are in trouble with the law for something else, including driving with no insurance, revoked license, or being intoxicated.

“9 times out of 10 when that person leaves, there's another reason why they're leaving, it's not just that collision that's causing them to flee the scene,” Trooper Pierce told NBC Charlotte.

There was an unexpected twist about the crash on Billy Graham Parkway.

According to court documents, a witness snapped a photo of the vehicle in question, after following the driver to an intersection. The witness then spoke to the female driver, and documents show the woman admitted to being involved.  All that helped police later recover the vehicle, but officers caution against giving chase yourself.

“I wouldn't recommend putting yourself in danger,” Trooper Pierce said.

However, Trooper Pierce says there are some important steps any good witness can take to help law enforcement.  He says to get a good look at the driver, the vehicle’s make and model, and the license plate number. If possible, Trooper Pierce says it’s even better to take a photo, since memories aren’t always accurate.

“A lot of times we'll get there, and they'll jumble up some numbers, jumble up some letters,” Trooper Pierce said. “If you're able to get a picture definitely, take that picture.”

Moments before the crash on Billy Graham Parkway, the witness said they saw a 2004 Honda Accord driving erratically.  That’s when, according to court documents, the Honda crashed into the back of a 2014 Buick Enclave sending the Enclave across the grass median and into oncoming traffic.

Trooper Pierce says he’s seen cases where a relatively minor punishment turns into a serious charge because the driver left the scene.

Trooper Pierce says leaving the scene of a crash is a misdemeanor, but it bumps up to a felony if someone is injured.

CMPD has not released any information about an arrest or charges in the crash on Billy Graham Parkway.  It’s an ongoing and active investigation.

OTHER STORIES ON WCNC: