The woman said she told the front desk clerk after three men sexually assaulted her inside the motel, but that the worker did not respond or call police. 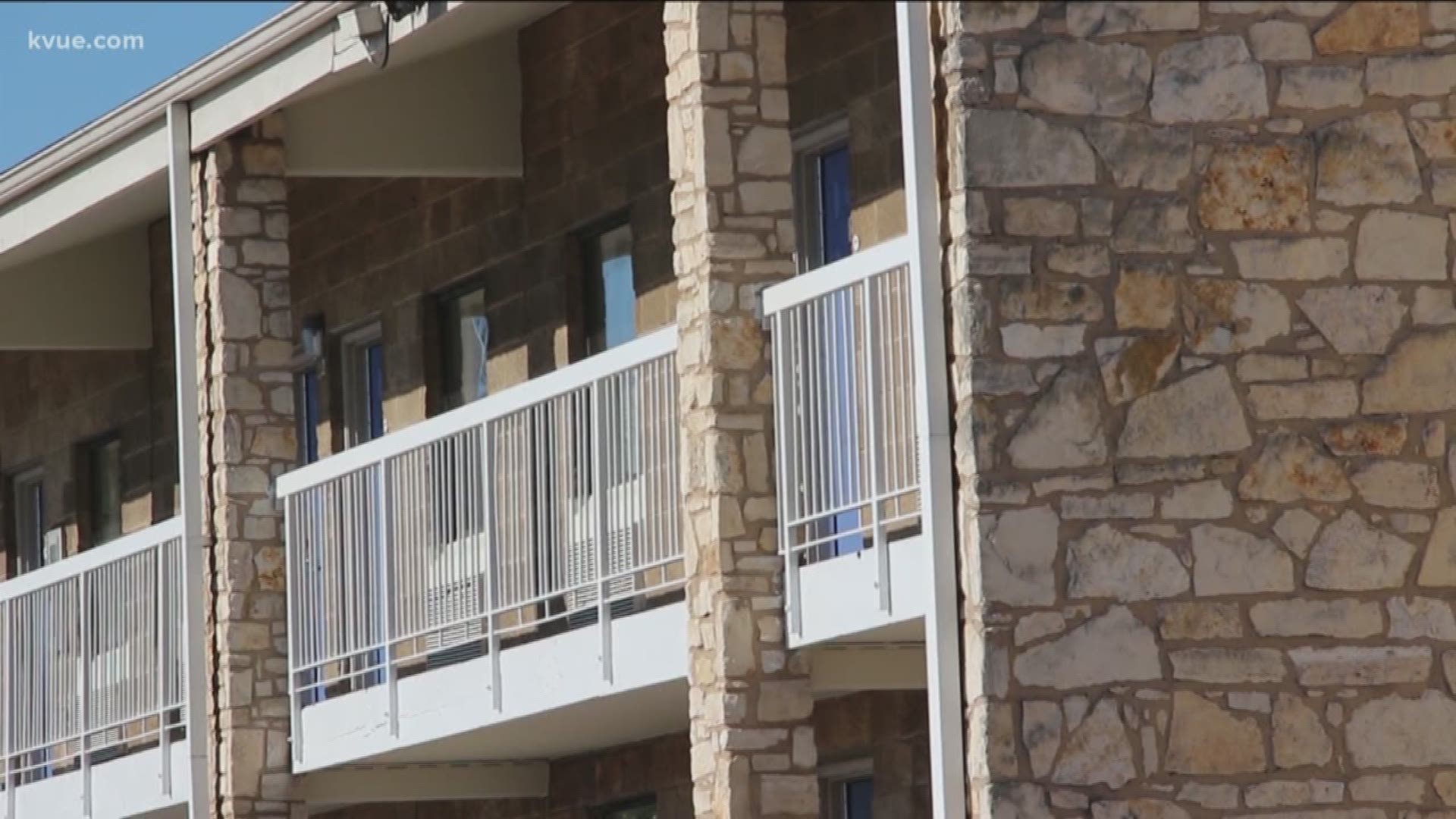 AUSTIN, Texas — A woman is suing a motel in Austin after she claims she told an employee three men sexually assaulted her, then the worker did not do anything to help.

Emily Borchardt said she was a student at the University of Texas in January 2018, which is when the alleged assaults happened.

Borchardt claims in the lawsuit that she was riding back from dinner with her then-boyfriend when he got angry and left the car.

Later in the lawsuit, Borchardt said the passenger sitting behind her eventually strangled her, and she woke up inside the Motel 6 located off Interstate 35 in Austin.

The lawsuit describes Borchardt's claim that two men sexually assaulted her, then later another man took her to his room and brutally raped her.

"Ms. Borchardt went to the motel lobby and reported what she had endured to the clerk at the motel’s front desk, who did not respond and did not call law enforcement," the lawsuit states. "Instead, the clerk simply gave Ms. Borchardt an outside telephone line to use."

Borchardt also claims in the lawsuit that the motel employees deleted or lost video footage of her outside the rooms, which is why they did not give the video to Austin police.

The lawsuit also describes repeated criminal activity at the Motel 6 where Borchardt said she was assaulted.

"From February 11, 2015, to January 18, 2018 [[the day before Ms. Borchardt’s assaults], APD received at least 129 reports of criminal activity at the Motel, including assault, aggravated assault, burglary, and other violent crimes," the lawsuit states. "Between the date of Ms. Borchardt’s assaults in January 2018 through the end of 2018, another 35 reports of criminal activity at the motel were made to APD and two additional rapes were reported."

A spokesperson for Motel 6 responded to KVUE's request for a comment saying the company is aware of the lawsuit but does not comment on pending litigation.

"Motel 6 has policies in place that are designed to limit crime at its hotels," a spokesperson said. "Motel 6 trains all staff – from the general manager through the most junior housekeepers – to be the 'eyes and ears' of the brand and to alert the property’s general manager and the local police upon observing any signs of suspected crime. This policy has more recently been reinforced by our 'every room, every day' directive – requiring that each room be inspected on a daily basis in an effort to prevent any criminal activity."

Borchardt is also part of a class-action lawsuit that was filed against the Travis County District Attorney and the Austin Police Department, claiming they do not do enough to prosecute sexual assault cases. She also filed a defamation lawsuit against the Travis County District Attorney back in September for how this case was handled.

Texas still one of the most popular states for relocations, especially for Californians

Round Rock's Papi's Pies named best place to get a slice in Texas, report says