Deputies no longer on force include those in Javier Ambler's death. 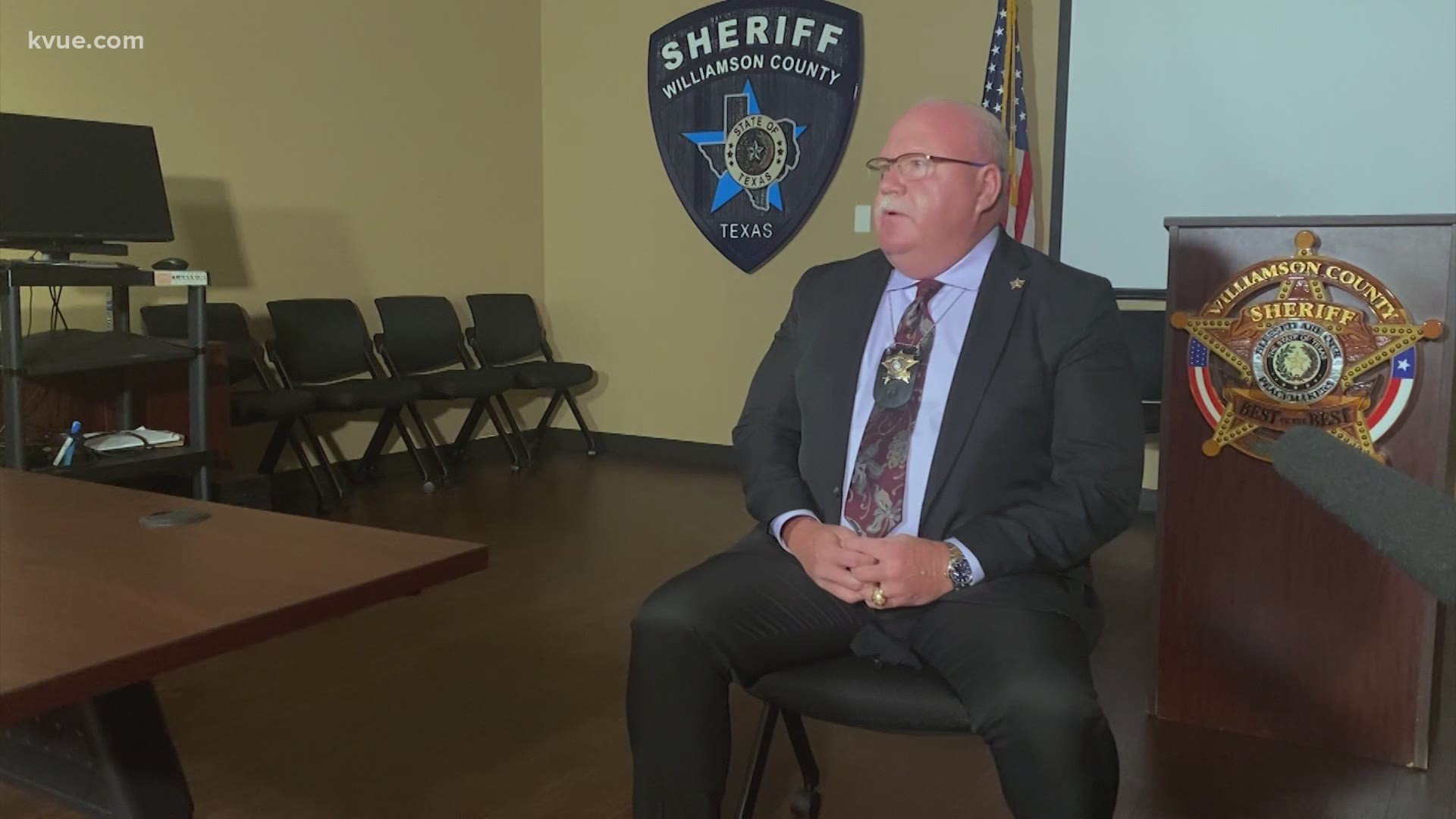 WILLIAMSON COUNTY, Texas — One week into the job, Williamson County Sheriff Mike Gleason has ousted 19 deputies and employees as he ushers in what he is calling a reboot of the department and its reputation.

Deputies no longer on the force include two involved in the death of Javier Ambler.

At the time of the March 2019 encounter, Deputies J.J. Johnson and Zach Camden faced no discipline for chasing and using a Taser on Ambler four times as he shouted that he had congestive heart failure and could not breathe, an incident that happened while crews from the TV show "Live PD" filmed.

"The majority of those people were going to be placed on administrative leave pending an investigation – leave with pay – because we wanted to come in and do our own investigation," Gleason told the KVUE Defenders. "We also were not shy about if we uncover something criminal that we would prosecute you. I think a lot of people just wanted to move on down the road."

For months, the KVUE Defenders have revealed cases of questionable use of force within the Williamson County Sheriff's Office, including Ambler's death and the no-knock raid on a man's home – shown on the TV show "Live PD" – hours after he sat peacefully in court.

At least two other controversial deputies also have resigned as part of the transition.

The now-former sheriff, Robert Chody, hired Lt. Mark Luera as he was about to be fired from the Austin Police Department, promoted him and made a star on the show "Live PD." Luera led the controversial raid on the home of Asher Watsky.

Detective Lorenzo Hernandez also has quit. In September, the KVUE Defenders revealed video in which he attacked an alleged domestic abuse victim after she hesitated to let him enter her apartment. At the time, officials suspended him for a day, then promoted him two months later.

"You have to treat people with common decency, and you don't have the DNA to do that, you have no business in this job," Gleason said.

Gleason said he also asked the entire command staff under Chody to leave, which he said was necessary to rebuild community trust.

"We have been approached by numerous, numerous people in public saying, 'Congratulations, we needed this new leadership. Thank you so much,'" Gleason said. "'Thank you for what you do.'"

Attorneys for Johnson and Camden said they had no comment. Hernandez and Luera could not be reached.

State records from the Texas Commission on Law Enforcement show they are not working at any other agency.

Additionally, Gleason said he has opened several internal investigations into allegations of deputy misconduct that happened during Chody's tenure. However, he would not release details of those incidents.

Raphael Warnock's Capitol arrest from 2017 back in spotlight after riots

Man loses job in Maryland for being part of mob in US Capitol riots, company says