The Cedar Park family claims the raid happened all for TV because they had appeared in court on the very same day. 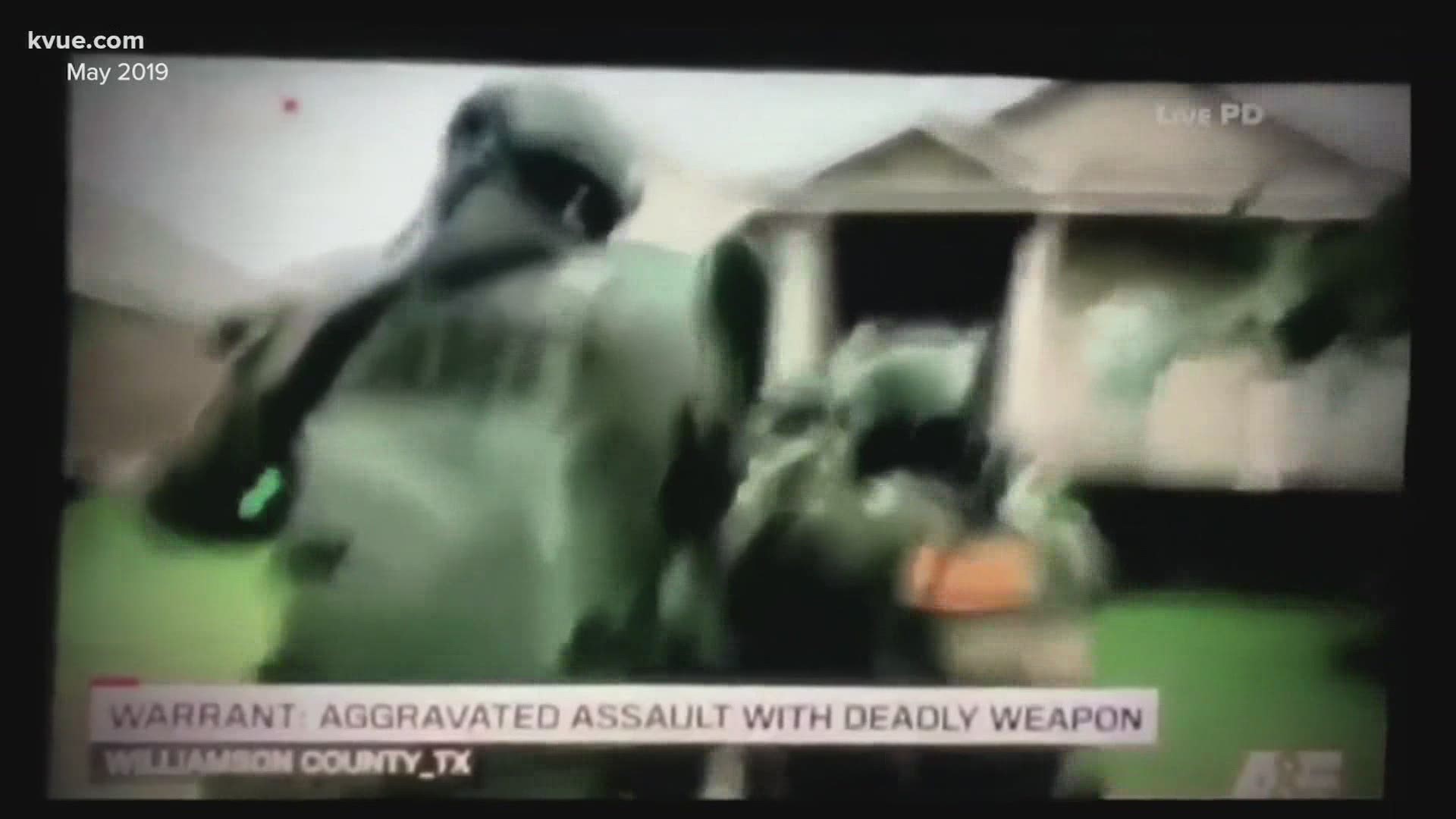 WILLIAMSON COUNTY, Texas — The father of a 24-year-old involved in a Williamson County criminal case is now suing county officials, including former Sheriff Robert Chody, over a SWAT team home invasion that was shown on "Live PD."

The lawsuit claims that Chody "created a culture of indifference to the use of excessive force and disregard for civil liberties" and rewarded the bad behavior of his deputies with gift cards and appearances on the show "Live PD," which is something that has been reported in the past.

Watsky claims this policy of reckless disregard for the use of excessive force and civil rights led to an "unlawful no-knock home invasion" that injured him and destroyed his property.

"Chody set up a false narrative for 'Live PD' that Asher was dangerous, or a drug dealer-type person, to justify the SWAT team's terror tactics and K-9 search – not for public safety – but only for the proprietary interests of commercial television," the suit states.

In July, KVUE reported that Williamson County District Attorney Shawn Dick had inquired about the incident at the time and that sheriff’s officials acknowledged removing the warrant from the system so no one would see it on the day of his court appearance. Dick said sheriff’s officials told him they considered Asher dangerous and that arresting him with the SWAT team was safer.

Court records indicate Asher was arrested in September 2018 after his roommate said he was injured in an altercation. He was charged with assault family violence and released on bond at the time.

In the several months that followed, he showed up on time for his court appearances and met the other conditions of his bond.

On the day of the raid, May 2, 2019, Asher and his father appeared at the Williamson County Justice Center for a pretrial hearing on a related charge that also stemmed from the altercation with his roommate.

What Watsky and his attorney said they did not know until after the raid is that a grand jury indicted Asher on a second charge stemming from another incident with his roommate. That indictment alleged that Asher hit him with a shovel, automatically triggering a new arrest warrant. It had been on record for 15 days before Asher came to court.

When they conducted the raid at the Watskys' home, deputies were serving the second warrant. The Watskys said they had no idea that a warrant had been issued until the raid.