An analysis of use-of-force reports shows an uptick in Taser use and highlights racial disparity in the force. 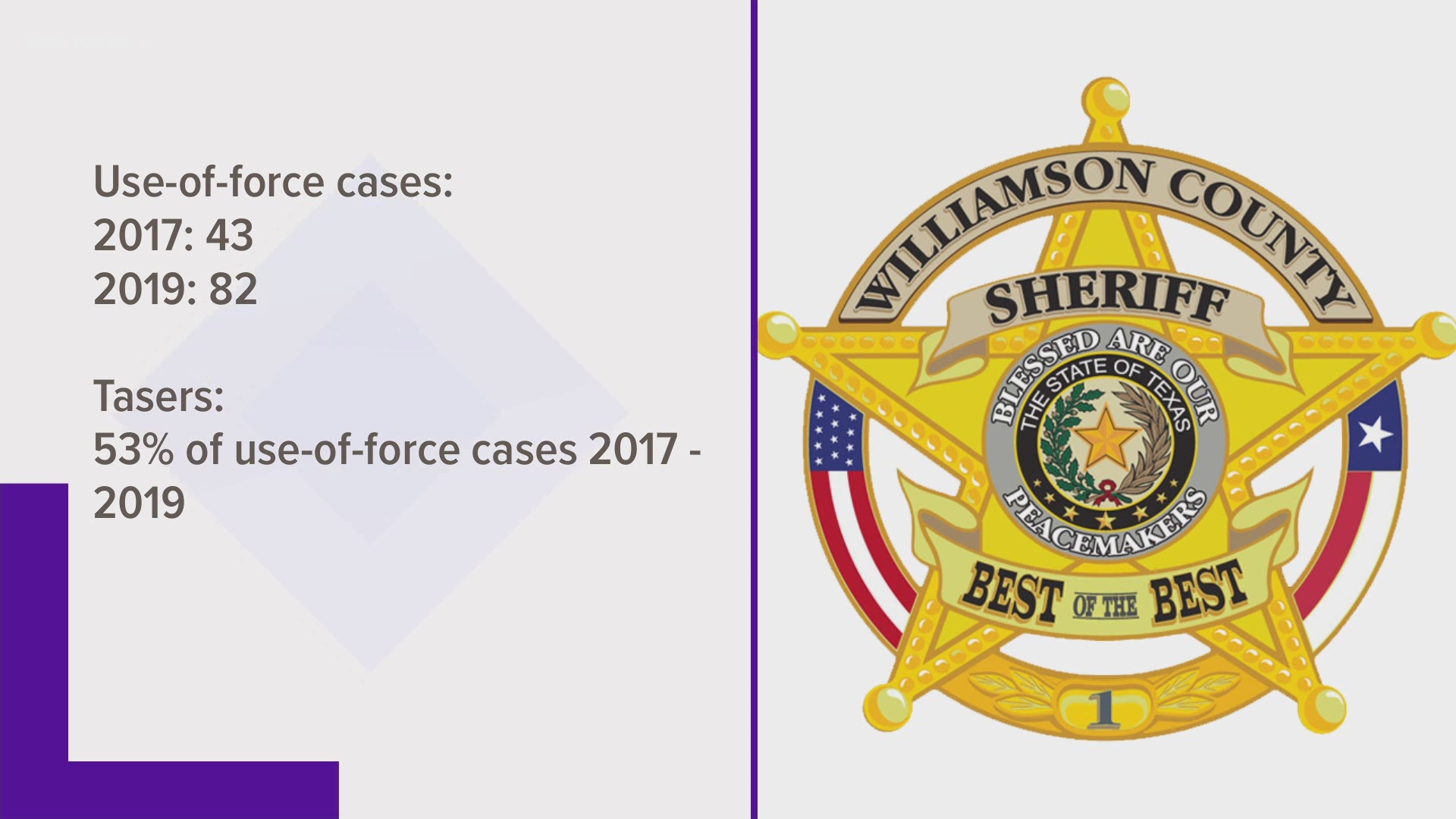 WILLIAMSON COUNTY, Texas — Williamson County sheriff's deputies reported a significant increase in the frequency with which they used force between 2017 and 2019, much of it happening on weeks in which the show "Live PD" filmed.

That's according to a new report by KVUE's news partners at the Austin American-Statesman that allow follows months of joint reporting with the KVUE Defenders about the department.

The Statesman analyzed 124 force reports and found that force incidents from 2017 to 2019 nearly doubled, rising from 43 to 82. Much of the increase happened last year during the 29 weeks that "Live PD" partnered with the department.

Department officials say the increase was due to a rise in the number of interactions deputies had with civilians.

The analysis also found that Taser use among deputies increased during the three years, and that about 40% of all force cases last year involved the use of Tasers, which officials said may indicate excessive use.

There is no word when the investigation involving the other cases may be complete.