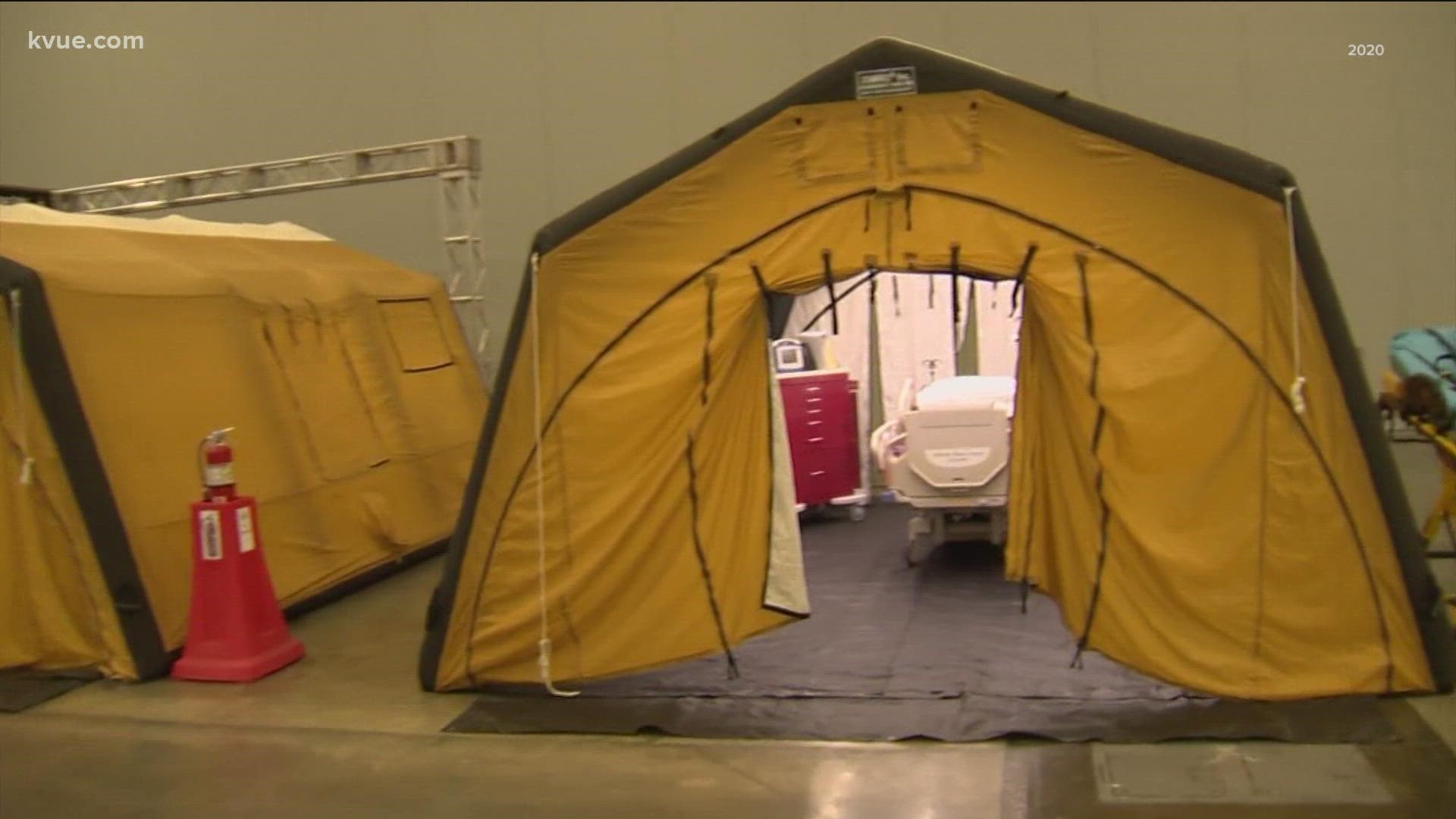 AUSTIN, Texas — Texas officials have denied a request from Austin-Travis County officials to help set up a COVID-19 alternate care site at the Travis County Expo Center as local hospitals continue to be overwhelmed with new patients.

“The current capacities of the hospital system are being exceeded, causing extended wait times at the door and holding times in emergency departments for patients,” the application said. “The hospitals have postponed non-life threatening emergency surgeries in order to meet that demand. However, they are still overwhelmed.”

In rejecting the request, the State said it is instead focusing on ramping up staffing within hospitals, where officials say COVID-19 patients can get better care.

State health services spokesman Chris Van Deusen said in an interview, “What we have found is that it is better to care for people who need hospital-level care in the hospital. We want to maximize that before we move to other types of facilities.”

Last year, the State worked with local leaders to help set up an alternate care site at the Austin Convention Center.

In a statement, Travis County spokesman Hector Nieto said, "We went directly to the State of Texas with this request because they have built-in networks, institutional knowledge and leverage to negotiate the best contracts for local governments ... The State assisted us last year, and we had hoped we could partner again with them."

Last week, the KVUE Defenders told you how Austin officials in July also asked the State for hundreds of nurses for hospitals in the region, and that the State instead told them to try to hire their own with newly available federal COVID-19 relief money.

Since then, Gov. Greg Abbott has said he will supply at least 2,500 nurses throughout the state, including hundreds in Austin.

Although the State rejected the request for an alternate care site, it is going to be operating an infusion center in Travis County so patients can receive therapeutic drugs.