Tax forms are on the way to those who filed for unemployment in 2020. 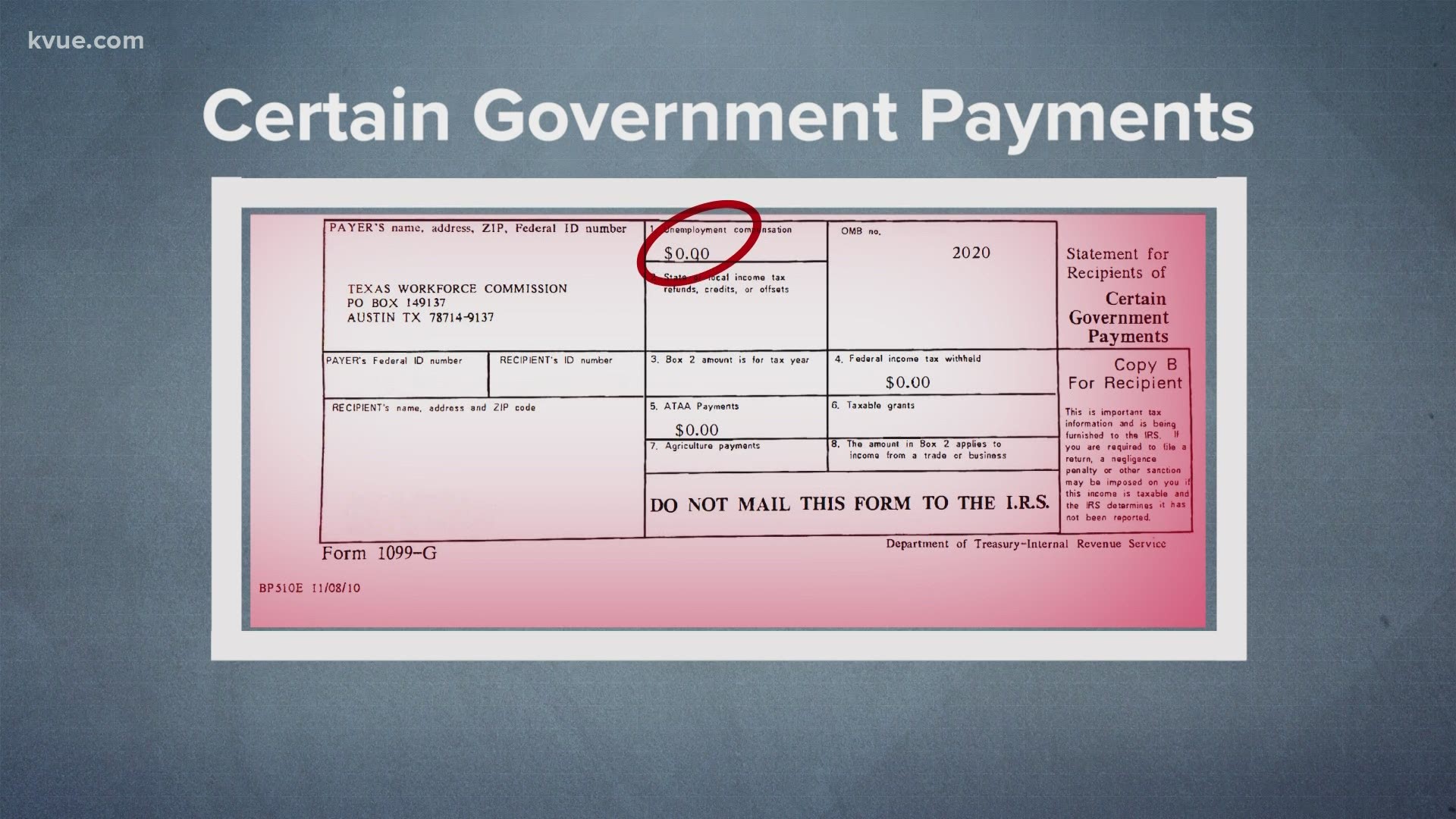 The IRS calls it “Certain Government Payments” – the form shows what you received in unemployment benefits last year.

The one this year will include the extra $600 unemployment money from the CARES Act, called Federal Pandemic Unemployment Compensation.

“This is the largest mailing we would have ever done, even during the Great Recession,” Ed Serna, Texas Workforce Commission executive director, said.

The TWC sent out more than 1.5 million forms so far.

The instructions on the form include how the amount was determined, what to do if you’ve repaid any money and encourages you to seek a tax professional when reporting to the IRS.

For those who repaid money to TWC in 2020, the form says the TWC “must report to the IRS the full amount” they paid, “even if you repaid benefits.” It shows, “subtract the amount you paid back from the amount you are required to report.”

TWC wants folks to keep an eye on the mailbox even if they didn’t lose work and weren’t furloughed. If you get a Form 1099-G from the TWC, and if you didn’t claim unemployment, your identity may be compromised.

“That's a sign that your identity was probably stolen. Notify us immediately. We'll tell you the steps that you need to take with regard to your identity. We'll also take steps to make sure the IRS knows that you don't owe that money,” Serna said.

The TWC said it will take the entire month of January to send out all of the forms.

You can see your tax form online through the UI portal. Look for the form in your inbox by the end of January. You may not see the email on the website until then, too.

If you were unemployed and moved last year, TWC suggests making sure your address on file is current.