The KVUE Defenders have spent weeks pushing for Texas to publish COVID-19 data for individual schools, rather than for school districts. 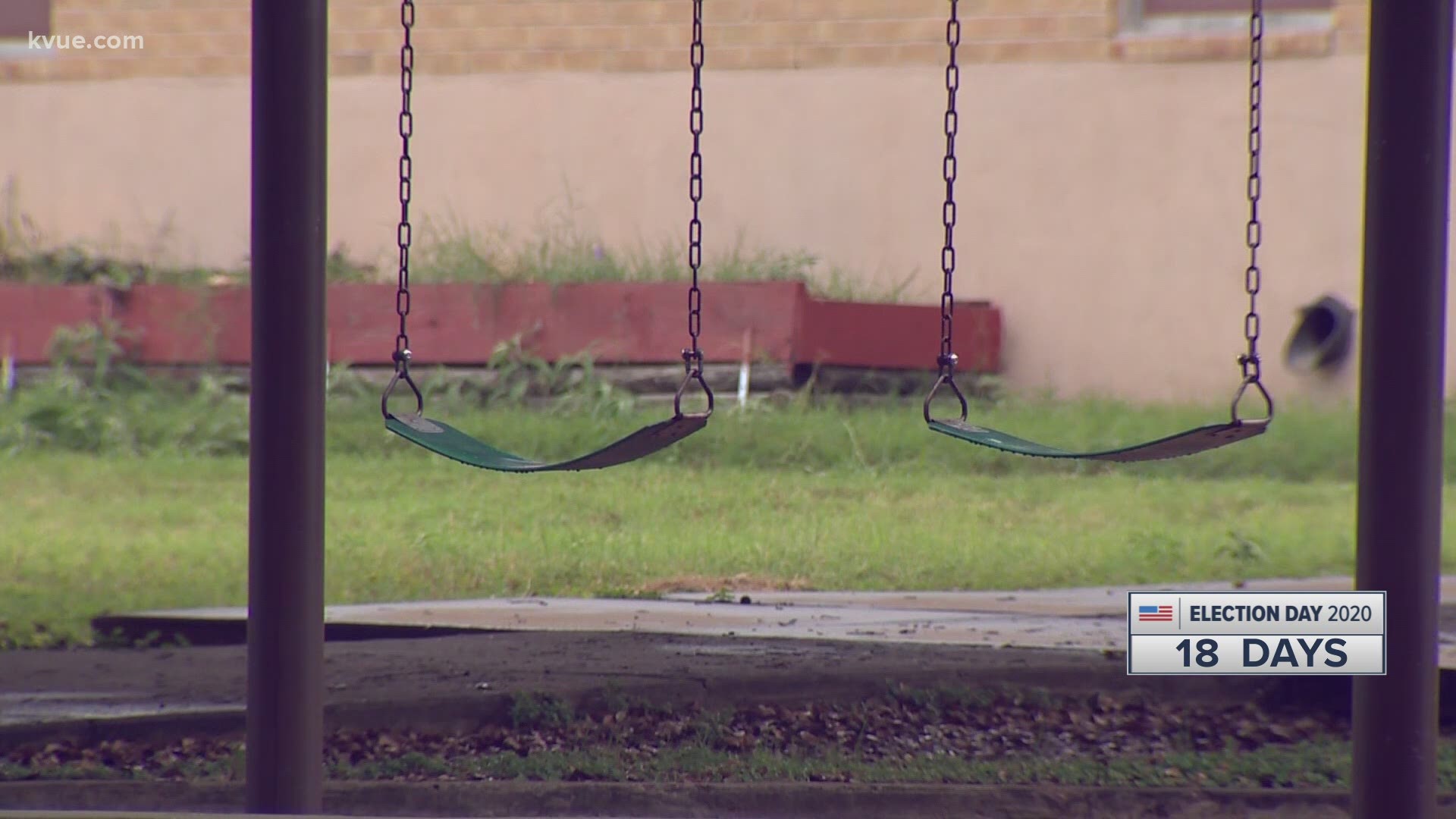 AUSTIN, Texas — After weeks of reporting from the KVUE Defenders, the Texas Education Agency (TEA) and the Department of State Health Services (DSHS) plan to release COVID-19 data for individual public schools, according to a spokesperson from TEA.

As of Thursday, TEA and DSHS still have not disclosed the number of confirmed COVID-19 cases in specific schools.

The KVUE Defenders formally requested the information under the Texas Public Information Act a month ago, but neither DSHS or TEA had officially responded until Thursday.

Now, some teachers are saying the lack of transparency is putting their health at risk.

“You know, it's like the mentality out here is that we're a small, little quiet town and nothing's going to happen to us,” Florence ISD staff member Tom McKinney said. “And we're just sitting on a ticking time bomb out there.”

McKinney said he’s frustrated the district doesn’t publish any COVID-19 data online. Lately, he finds out about cases on other campuses from students.

“I don't know what student's going to come up to me and say, 'Oh, hey, my sibling’s at home being quarantined again,'” McKinney said.

The State started publishing COVID-19 data for public schools a few weeks ago, but that data is for school districts, not individual schools.

McKinney said he has a heart disease, so he wants more specific information to make decisions that keep him safe.

The Florence ISD superintendent said the district reports the data to TEA and local health authorities, as required by law.

“We’re proud of the fact that we’re notifying every staff member in the district when a case is confirmed, and we’re notifying the parents of the students on the campuses that were affected,” Florence ISD Superintendent Paul Michalewicz said.

By now, many Central Texas school districts have started publishing school-specific COVID-19 data online, including Fredericksburg ISD and Hutto ISD. Both of those districts started posting that information after KVUE's last report.

The Texas Classroom Teachers Association agrees the State should be publishing that detailed data as well.

“Unless you have that kind of refined data, it really makes it hard for that data to be meaningful and to help inform how we should behave,” Texas Classroom Teachers Association representative Holly Eaton said.

After repeated requests, the KVUE Defenders finally received a response from the State on Thursday.

“The Department of State Health Services (DSHS) and the Texas Education Agency (TEA) expect to release campus level data in the coming weeks. We are working jointly to determine how to best present data for nearly 9,000 public school campuses across Texas while effectively protecting individual privacy as required by law. In the meantime, we will continue to share statewide and district-level data on a weekly basis; the latest data available was posted today, Oct. 15.

“The purpose of this trend data is to provide an overview of the burden of COVID-19 in Texas schools over time while also giving policymakers the ability to see the effects of the pandemic on school districts across the state. It does not take the place of the local reporting requirements that provide communities with more timely information about cases on individual campuses in their area.

“It’s worth noting that when the agencies released the first set of statewide data last month, it showed that less than one percent of students and staff who had returned to campus subsequently tested positive. Later data has continued to reflect a low rate of infection among both students and staff.”

Now some parents and teachers like McKinney hope that information comes sooner, rather than later.

“From a tracking standpoint from the State, [it] seems only reasonable to me that that would make it easier for you to identify hot spots,” McKinney said. “I mean, that's pretty logical to me.”

While we continue to push for more detailed data on COVID-19 cases in Texas schools from the State, the KVUE Defenders are making it easier for you to track cases of the virus at your child’s school.

You can click on your child’s school district below to see their COVID-19 dashboard.