The Department of State Health Services said people can self-disclose whether they have a condition that qualifies them to get inoculated. 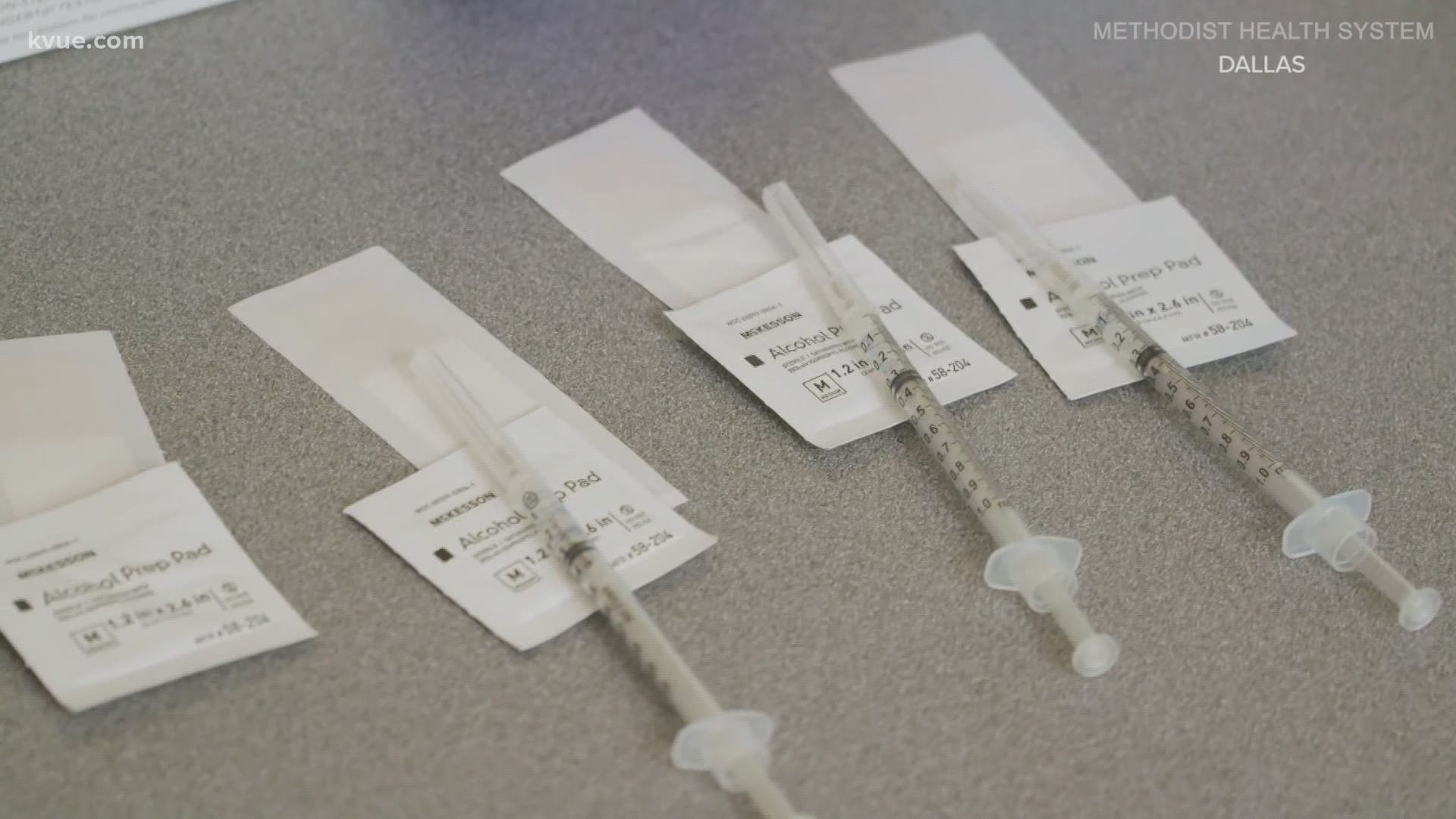 AUSTIN, Texas — For weeks, Texas has been in a race. It’s the race to vaccinate, starting with frontline health care workers, and recently moving on to vulnerable populations.

But some people who the State says need the most protection from COVID-19 can’t get the shot. One of those people is Gloria Watson, who is older than 65 and has a heart condition.

“It's a real shame,” Watson said. “There are people out there in my age group, 65 and over that really, truly need the vaccine.”

Watson’s story isn’t a new one.

People across Texas are fighting against a lack of doses, a surge in demand and confusion about the rollout process – all for a shot that could save their life.

But in the meantime, some people have found a loophole.

“Shame on them. They have every opportunity to get it a little bit later on,” Watson said. “If they do get COVID, they won't necessarily run the same risks that we will run as older citizens.”

People took advantage of that loophole a few days ago.

On Saturday, Jan. 2, Austin Regional Clinic held what a spokesperson called a “mass vaccination event.” They vaccinated more than 900 people. But some of them weren’t in groups 1A or 1B.

They didn’t qualify to get the shot, but ARC vaccinated them anyway.

Those were doses that should have been used on healthcare workers or people considered most vulnerable – like Beverly Corzan, who is 70 and has a heart condition.

“People travel across the country, they have no concern, and yet they'll be the ones that get the vaccine before it's even available to myself or other people like me,” Corzan said.

A spokesperson for ARC said in a statement, “We recognize the need to refine our process to assure vaccination of prioritized individuals.”

But a public policy expert from the University of Texas at Austin said the problem goes far beyond this local healthcare provider.

“There has to be both a more standardized state policy, stronger communication about what that policy is, strong leadership from state officials,” UT Austin Public Policy Professor Don Kettl said.

Kettl is commenting on a flaw the KVUE Defenders found with the state’s guidance on issuing the vaccine.

The Department of State Health Services advises providers to use a person’s medical history to determine whether they have a medical condition that puts them in group 1B.

But a DSHS spokesperson said, “If a provider doesn’t have access to the person’s medical history, the person can self-disclose their qualifying medical condition. They do not need to provide documents to prove that they qualify.”

That means anyone can walk into a clinic offering the vaccine and claim they have a pre-existing condition that qualifies them for the shot.

“It would be very easy for people either to say, 'Oh, yes, I do have a medical condition that, in fact… may not be true,” Kettl said. “It runs the risk also of putting people who have higher priority, lower on the list and putting their public health at jeopardy as well.”

One of the people who could be in jeopardy is Corzan, who is worried it could take her months to get the vaccine, even though she qualifies now.

“They ought to have something more organized to know that the people that really need the shots get the shots first,” Corzan said.

We asked a spokesperson for the Department of State Health Services if they were worried about people jumping in line and taking advantage of the lack of requirements to get vaccinated. They told us they do not want to create any barriers that would prevent people from getting the shot and they want to prevent doses from going to waste.

"There are situations in which providers may vaccinate others," DSHS Spokesperson Lara Anton said. "For example, once the first dose of vaccine is drawn from a vial, the remaining doses must be used within a limited time. If there are doses remaining and no one in a priority population is immediately available, providers should administer vaccines to anyone willing to be vaccinated so those doses are not wasted."