A recent study done by UT Austin found 231 people have died in Texas jails and prisons since the start of the COVID-19 pandemic. 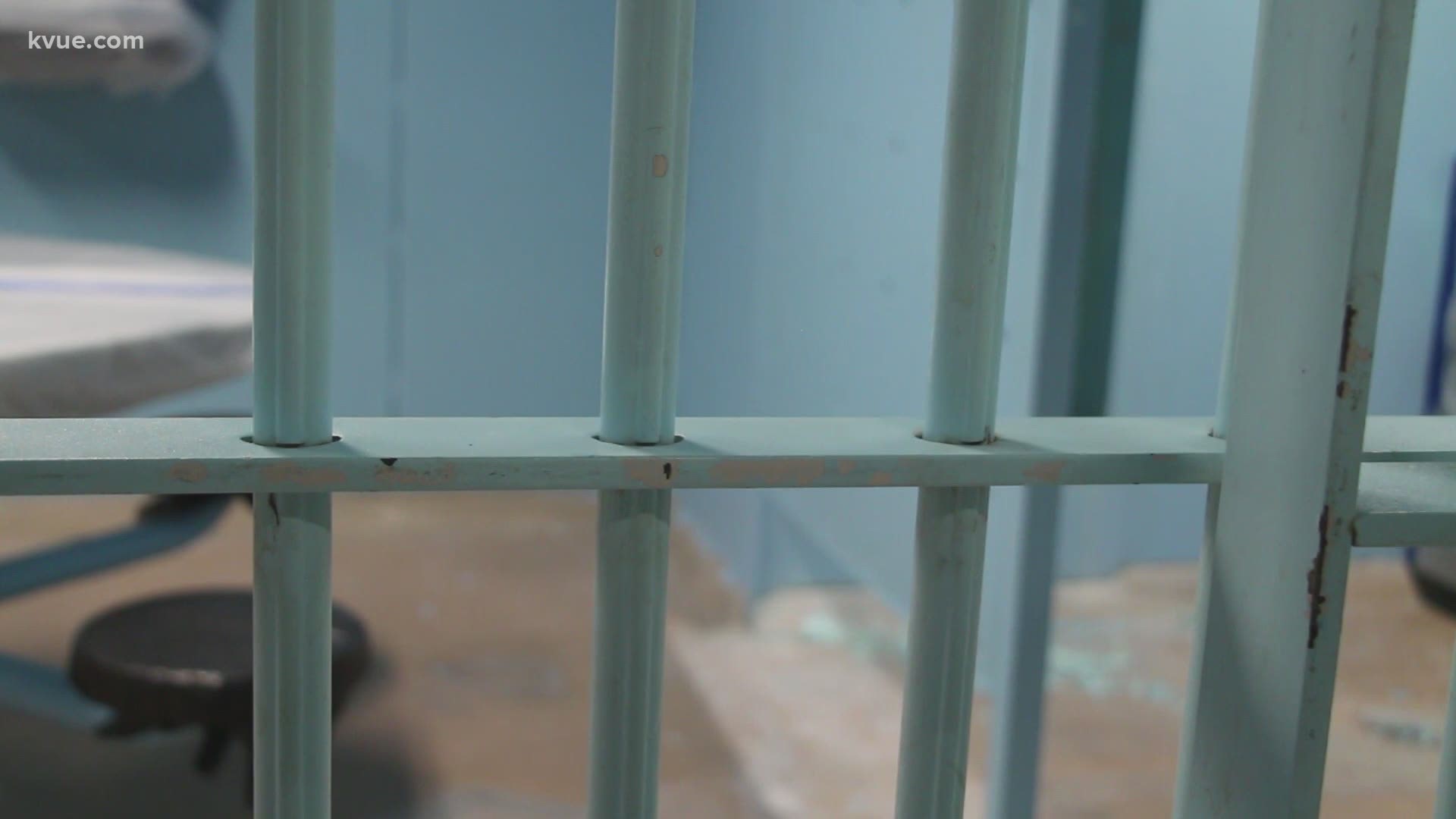 Cases of COVID-19 are rising quickly in Texas and across the country. And new reports paint a scary picture for people living and working inside Texas jails and prisons.

"The pandemic has worsened everything about conditions in jails in Texas," said Diana Claitor, the co-founder and communications director of the Texas Jail Project.

Claitor has been worried since the start of the COVID-19 pandemic about problems outlined in a new study published by the University of Texas at Austin on Monday.

"COVID is having a devastating impact on the prisons and jails in this state, and it's much worse than what's happening in other, other states," said Michele Deitch, a distinguished senior lecturer at UT's LBJ School of Public Affairs and the project director for the new study.

According to the report, at least 231 people have died from COVID-19 in Texas correctional facilities. In one prison, almost 6% of the incarcerated population has died.

Of those who have died from COVID-19 in prison, 73% didn’t have a life sentence, and 80% of people who died in jails from the virus weren’t convicted, according to the study.

A spokesperson for the Texas Department of Criminal Justice responded to the report with the following statement:

"From the beginning of the pandemic, the Texas Department of Criminal (TDCJ) has taken numerous steps to prevent and mitigate the spread of COVID-19 within correctional facilities. Those robust measures continue today. While this report attempts to capture the impact of the virus on the prison population, what is noticeably absent is a discussion of the TDCJ's first in the nation, sustained, and aggressive mass asymptomatic testing campaign. To date, more than 65,000 employee and 219,000 inmate tests have been carried out. This is far more than any other correctional system in the country.

The intention of our wide-scale testing is to identify positive asymptomatic individuals and take appropriate action. When someone is diagnosed, TDCJ's medical partners, the University of Texas Medical Branch (UTMB) and Texas Tech University Health Science Center (TTUHSC), provide a high level of care to those struggling with this illness. Most inmates have little to no symptoms and recover, but tragically some have succumbed to COVID-19. As reflected in Texas' general population, most of these individuals were elderly and had numerous pre-existing conditions. Unlike many states, a thorough review of each inmate's death is conducted to include an autopsy or medical review by doctors to determine if the virus was the immediate cause of death.

As the country and state continue to battle COVID-19, the men and women of TDCJ, UTMB, and TTUHSC will continue to do all that they can to prevent and mitigate the spread of this virus."

"If we don't get a hold of the spread of the virus behind bars, we're not going to stop our outbreaks in our communities," Deitch said. "We have to do this from a matter of public safety."

The KVUE Defenders also obtained a recent report about the Texas Commission on Jail Standards (TCJS), which was published by the State’s Sunset Advisory Commission. It found five big issues:

Claitor said the problems in that report are almost certainly linked to how much the virus is spreading in these facilities.

"We don't have a strong commission that is educating jails about what needs to happen and requiring them to do that," Claitor said. "So, yes, it's very tied to the COVID situation."

A spokesperson for the TCJS told KVUE the agency has until Nov. 23 to provide a written response to the report, so they won’t speak to the findings until after that is published.

That spokesperson also chose not to comment on the UT report, saying the study focused more on Texas prisons than Texas jails.