The percent of available doses administered has gone up dramatically in the past several weeks. 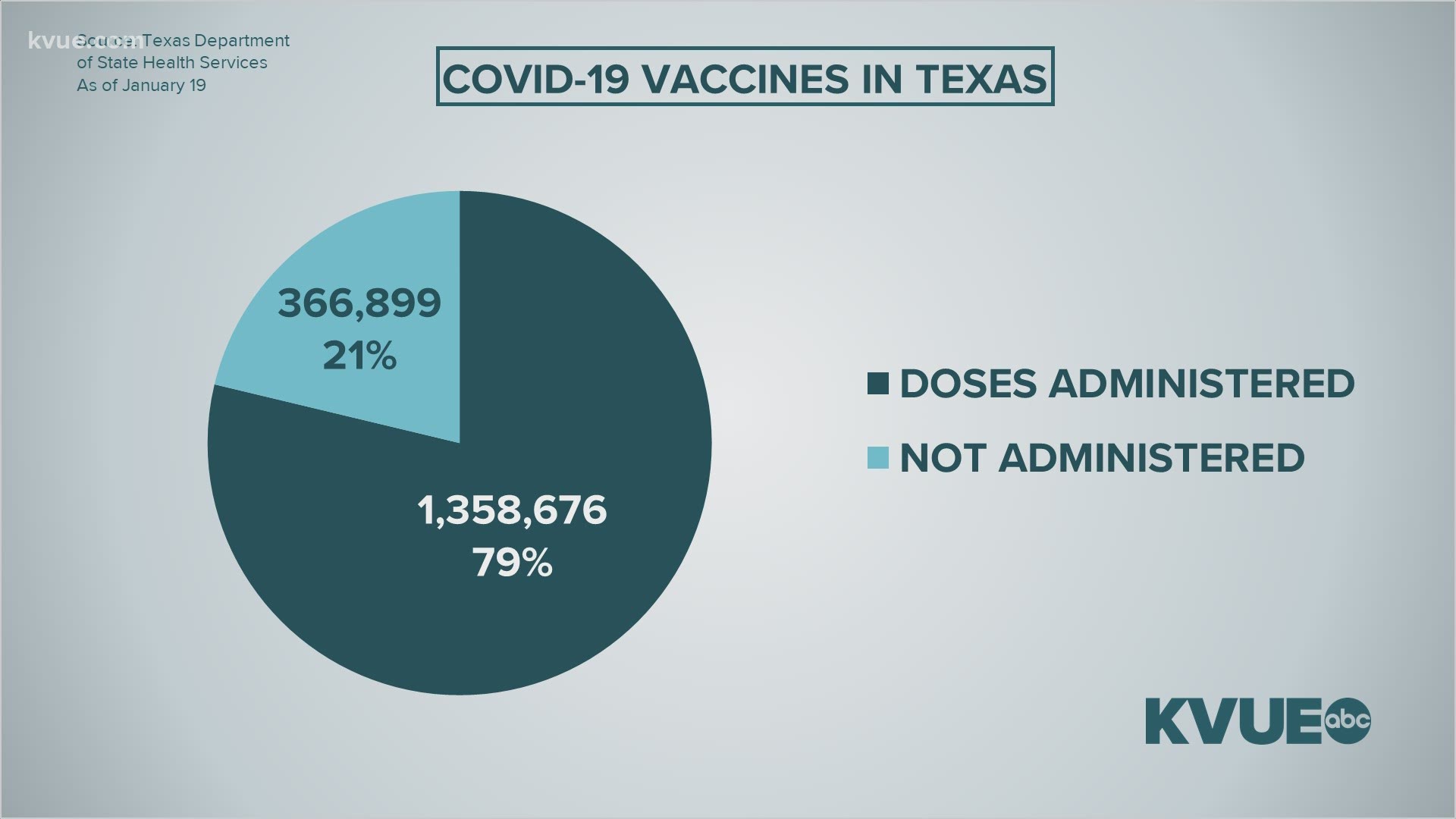 AUSTIN, Texas — Health care providers are waiting for the next round of COVID-19 vaccines to show up. While they wait, they still haven’t used all of the doses they have available.

But new numbers from the Department of State Health Services show Texas is making a lot of progress with vaccinating the population.

That means vaccine providers in Texas have used about 79% of the vaccines that have been shipped to them, according to DSHS data.

We’ve seen the percent of available vaccines used going up at a staggering rate in the past several weeks.

The KVUE Defenders first started reporting on this a few weeks ago, back when less than a quarter of the available vaccines were used.

Credit: KVUE
Texas has been vaccinating more people every week, resulting in a large increase in the percent of available vaccines used.

That number has been climbing – passing 50% about a week ago, and now hitting almost 80%.

Earlier on Tuesday, Gov. Greg Abbott said the biggest hurdle the state faces now is getting more doses of the vaccine.

Credit: KVUE
As of Jan. 19, more than 1 million people in Texas have received the first dose of the vaccine, while 177,193 people have been fully vaccinated.

Gov. Abbott also said this week that Texas is on track to receive its largest supply of vaccines yet.

Abbott said we can expect more than 843,000 doses, and that number should increase in the weeks ahead.