Electricity prices will likely rise in the third and fourth quarters of the year for some electric companies. There are several programs to help cover bills. 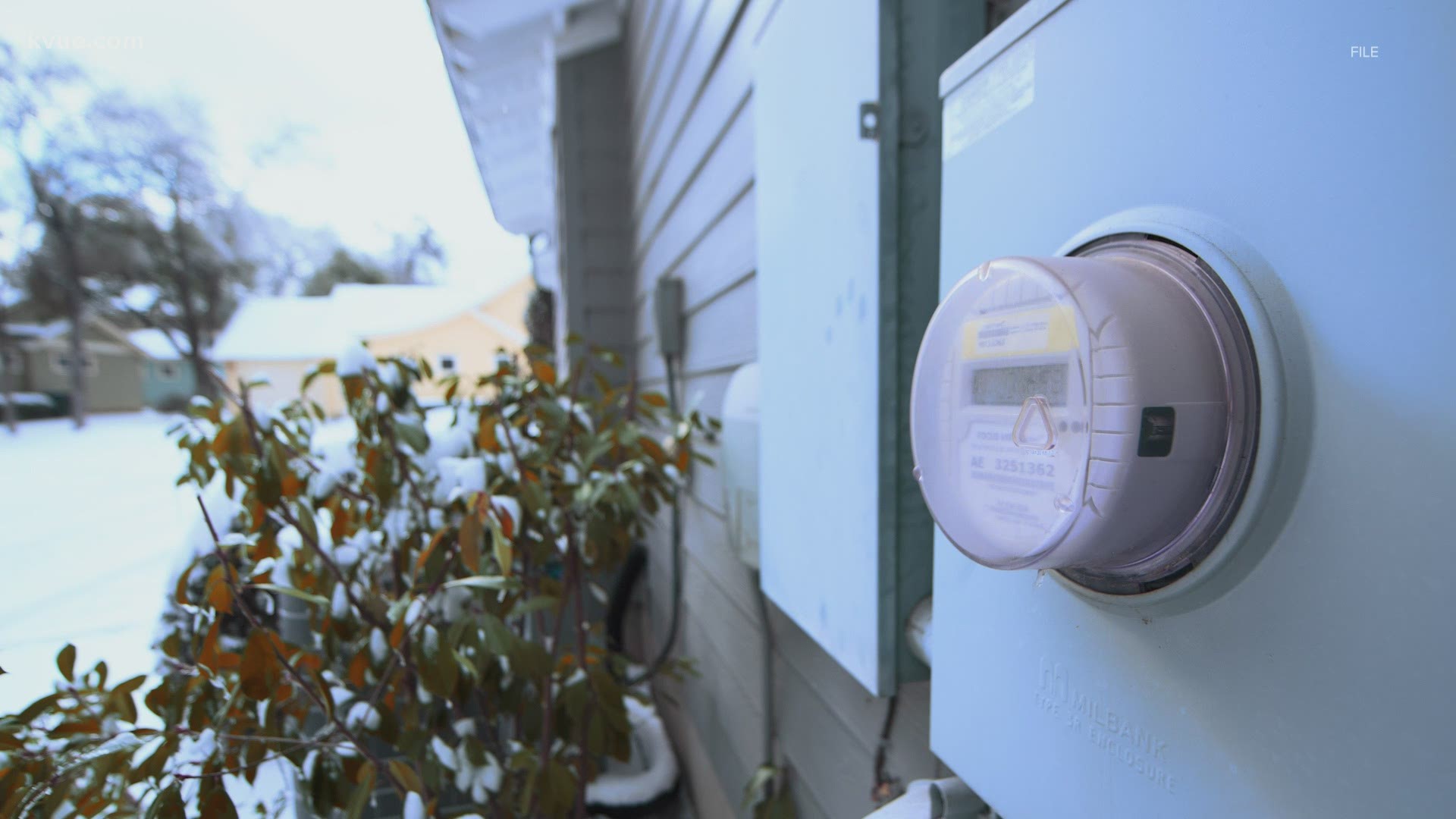 AUSTIN, Texas — "It's sort of been a compounding of challenges, right?" said Sherri Fleming, the county executive for Travis County Health and Human Services.

Poverty makes it hard to pay bills. The pandemic leaves people without work.

If not now, the February winter storms may bring higher electricity charges later in the year.

"We have a lot of residents in our community who are on a fixed income. And we know here in Texas, the weather's not always our friend," Fleming said.

Travis County Health and Human Services has programs to help people pay utilities. One has a maximum total eligible assistance at $8,200.

The federal government also sends money to Texas for those strapped due to COVID-19.

"There is help out there," Fleming said.

It may be harder to find government assistance for those outside the low-income line.

"We encourage them to start with their provider," Fleming said.

Payment arrangements can be made but, usually, disconnection, bankruptcy or budget billing would disqualify someone.

Those medically vulnerable get extra time to pay a bill.

The "customer assistance program" takes 15% off charges. The customer must be 200% below the federal poverty level to qualify for the discount.

Those with low-to-moderate incomes can get energy-efficient items like insulation, solar screens and LED lights for free.

Right now, the "Financial Support Plus 1 Fund" will give anyone who loses income due to the pandemic up to $3,000 a year off their bill.

Lawmakers must figure out how to balance the financial burdens and prevent another widespread winter outage.

Most of Texas is a deregulated competitive electricity market where the generators of electricity can set their price. The middleman – transmission and distribution – is controlled by regulators. The final stop, the provider, pays the middleman and adjusts rates based on contracts with the generators.

The Electric Reliability Council of Texas (ERCOT) is in charge of the power grid and controls the market where the contracts take place.

During the winter storm, service providers needed every piece of energy they could get. When generators’ equipment broke, the supply went down.

Some of those long-term contracts went unfilled. Retailers were left to buy from the open market.

So, those who did have power to sell could raise the price and still get paid.

The Public Utility Commission of Texas (PUC) oversees ERCOT. The PUC capped contracts at $9,000 per megawatt-hour. In 2019, the Texas average MWh cost was $38.

PUC filed a public explainer showing it and ERCOT allowed the $9,000 in order to encourage generators to sell.

Now Gov. Greg Abbott wants to force companies to winterize. The KVUE Defenders reported winterization was recommended by the State a decade ago, but it was never enforced.

"I equate it to building a home. It's a lot easier to put in the wiring when it's still in studs,” said Bruce Thames, the president, chief executive officer and director for Thermon said.

"The technology is there. It's available. It's just that the freezes here in Texas are so infrequent. I think we get complacent and we don't take the proper precautions at the design phase and then in maintaining those assets over time," Thames said.

Some lawmakers want to back out on allowing the $9,000 MWh price tag and reprice it.

Any repricing may directly impact those using Austin Energy. The City of Austin is one of those who generated electricity.

While 215,000 of its own customers sat powerless in the cold due to ERCOT demands, Austin sold electricity to the State.

In a state filing, Austin Energy told the PUC, "Wholesale gains or losses from generation … ultimately flow directly through to Austin Energy's customers."

Austin Energy is not part of the state’s deregulated energy market. Rates are determined when the City sets its fiscal year budget.

The fiscal year begins Oct. 1. The public can weigh in when the council reviews the budget and sets the tax rate this summer.

RELATED: Energy crisis in Texas could lead to years of impact on economy and policy | Commerce Street

The filing showed repricing "will be borne by Austin Energy's customers in the long-term."

In a call with investors, company executives with American Electric Power (AEP) told investors and the press that debt may be the only way to cover their costs. AEP is both a middleman and retailer.

Oncor, which covers much of Central Texas, is only a middleman: transmission and distribution. The company is not involved in the commodity marketplace so Oncor had no need to buy gas or generate electricity during the outage.

U.S. Securities and Exchange Commission (SEC) filings show CenterPoint spent $2.5 billion buying incremental natural gas supplies during the storms. The company leaders told investors to expect "cost recovery" starting in the third quarter. That cost may be spread across its entire territory, lessening the burden for those around Austin and throughout East Texas.

"I think, I think the key to it really is the thing we're tired of hearing, and that is to be patient. Because the systems that would respond to this need in our community have already been responding in overdrive for the pandemic," Fleming said.

Generally, waiting for utility assistance may take as little as two weeks. Following the storms and during the pandemic, Fleming said it could take as long as a couple of months to get an assistance application approved.