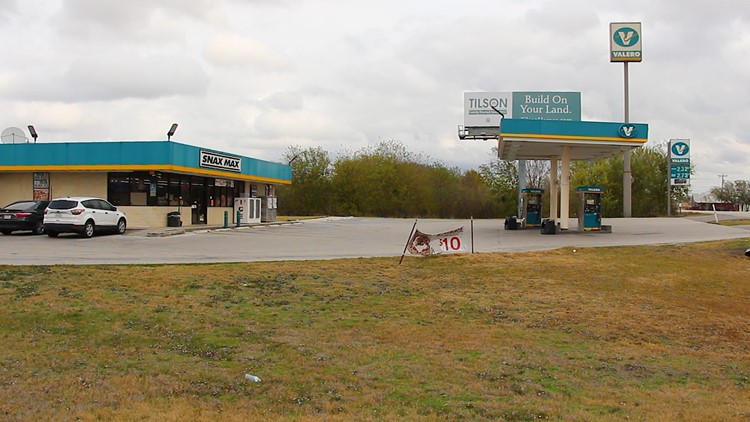 Photo by: KVUE
Snax Max 1 is one of the two businesses in Central Texas hit with fines for violating environmental regulations.

The Texas Commission on Environmental Quality, the state’s environmental agency, slapped Texas businesses with a total of $888,868 in penalty fees, according to the agency.

The two Central Texas entities, in Travis and Hays counties, faced more than $70,000 in fines.

RELATED: Environmental regulators issued fines to 71 companies in Texas. Here are the violations.

The first local entity hit with a penalty charge from TCEQ is a gas station in Hays County. Snax Max 1 violated 10 environmental regulations, which amounted to a fine of $61,916.

Some of the violations include failing to investigate and report a suspected release of a substance. Snax Max 1 also failed to conduct tests and keep accurate records, according to TCEQ documents.

The new fines also apply to Circle C Children’s Courtyard, which is a daycare center in Travis County. TCEQ hit that business with a $12,000 penalty for three violations of environmental regulations.

Most of the violations related to the business failing to get approval of a Water Pollution Abatement Plan before starting construction on its property.

According to public documents from TCEQ, both Central Texas companies paid their fines.