Texas Agriculture Commissioner Sid Miller said the State is still totaling the economic impact on all aspects of the agricultural industry. 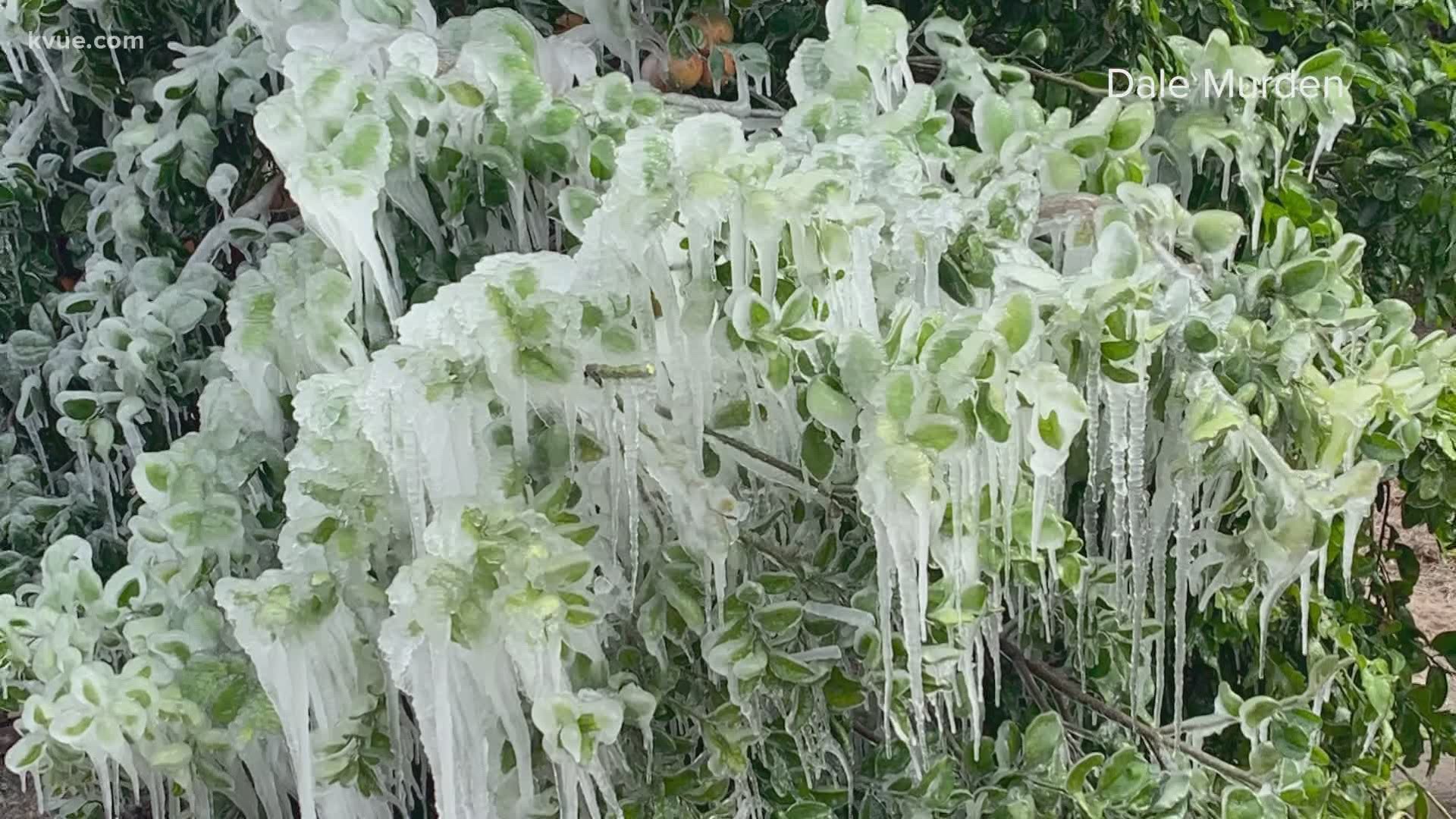 AUSTIN, Texas — Texas faces millions of dollars in damages to the agricultural industry in Texas after last week’s winter storm.

State leaders are asking the federal government to help, while farmers worry they could be looking at losses for months or years to come.

Murden is a citrus grower in the Rio Grande Valley. He, like many Texas farmers, faces severe losses after last week’s storm.

“We've got about 55% of our grapefruit remaining on the tree and approximately 98% of our late oranges on the tree,” Murden said. “That'll be a total loss.”

RELATED: Farmers' market gets busy after grocery stores cleared out

And other losses are a little closer to home, like at Jester King Brewery in Austin.

“And that's the hardest thing when you walk out and you just stare out into the field of death and it’s terrible,” Jester King Brewery Farmer Sean Meyer said.

Meyer goes by “Farmer Peppy” at Jester King. He said none of the plants and crops at the farm survived, but the 33 goats he has were much luckier.

“These animals here are practically family to me and they didn't go down,” Meyer said. “So I was very grateful for that.”

In a letter to the U.S. Department of Agriculture last week, Gov. Greg Abbott requested financial relief for farmers. He estimated a loss of $305 million in citrus crops alone.

Texas Agriculture Commissioner Sid Miller told KVUE last Thursday the total economic impact on the Texas agricultural industry could be at least $500 million. On Monday, he shed more light on those losses.

“Dairy producers probably hit it worse than anybody ... they ended up having to dump their milk,” Miller said. “Sectors of livestock was hit hard, you know, a lot of baby calves being born this time of year didn't make it.”

Commissioner Miller said Texas dairy farmers have dumped about $30 million to $40 million worth of milk so far. And we won’t know the true extent of damages for a while.

“So there's lingering effects of this that we’re going to feel for a couple of months and losses will continue to show up,” Miller said.

Farmers across the state told KVUE on Monday they worry it could take years to bounce back from this storm. But most are optimistic about their path to recovery.

“My industry, bless our hearts, we've always taken it as an opportunity to improve,” Murden said. “Yeah, we might be off for a year or two, but we'll come back.”

How to report winter storm damages, apply for aid in Texas

Lt. Gov. Dan Patrick: 'I personally am going to put this on my back and take responsibility for fixing it.'