According to a database, 47 Texans have been arrested in connection to the storming of the U.S. Capitol on Jan. 6 – more than any state, except Pennsylvania. 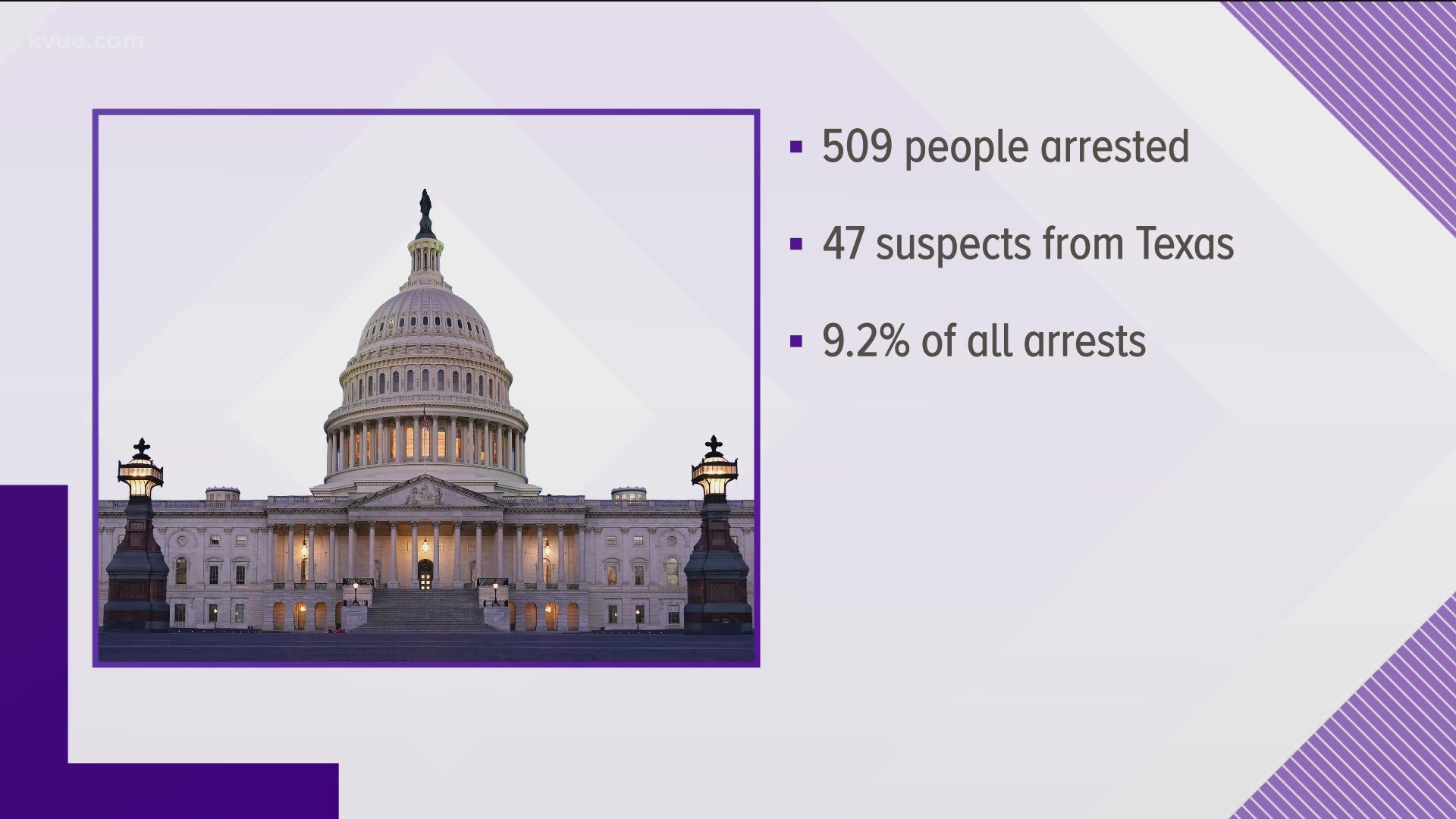 AUSTIN, Texas — About 500 people in more than 40 states face charges related to storming the U.S. Capitol on Jan. 6, according to an NPR database that tracks arrests related to the incident based on multiple sources.

The KVUE Defenders analyzed that data and discovered more of those individuals are from Texas than almost any other state in the country.

According to an NPR database, prosecutors have arrested and charged 509 people so far – 47 of those individuals live in Texas, which is 9.2% of all arrests.

Credit: KVUE
47 of the 509 arrested suspects in connection to the U.S. Capitol breach on Jan. 6 are from Texas, according to data from NPR.

If we look at the home states of everyone arrested, Texas tops the list, tied with Pennsylvania.

Fourty-five people from Florida have been charged, placing the state third on the list.

Credit: KVUE
More Texans were arrested in connection to the Jan. 6 Capitol breach than any other state, except for Pennsylvania, which has had the same number of arrests.

That's followed by 38 people in New York and 28 people from California with charges.

Federal prosecutors are still asking for the public's help in identifying hundreds of people who may have committed violent acts on the Capitol grounds that day.

You can view more details about that ongoing investigation here.

Yes, Carl Nassib is the first active NFL player to come out as gay, but before Nassib there was Michael Sam