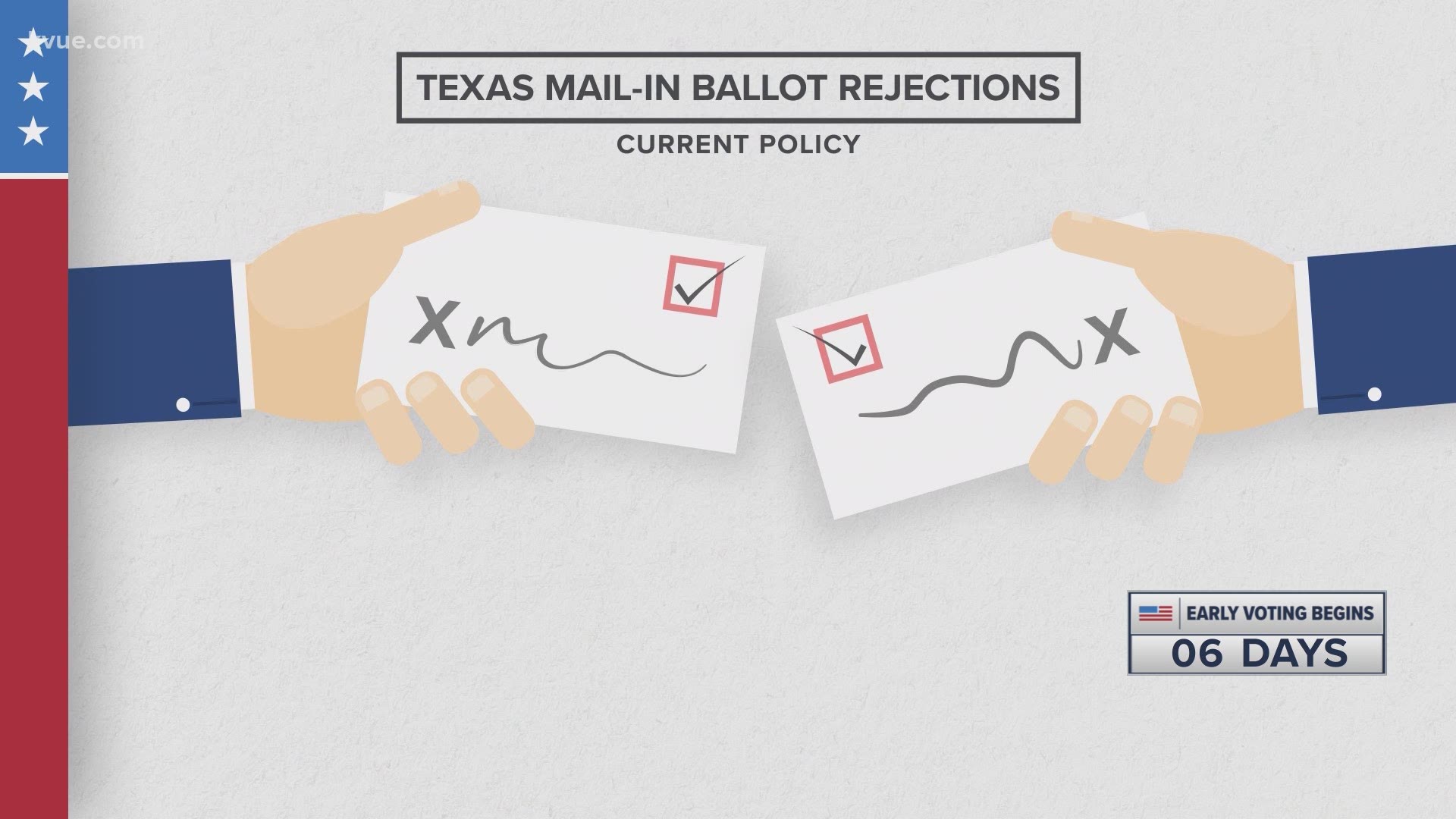 AUSTIN, Texas — Under Gov. Greg Abbott’s new order, 5501 Airport Blvd. is the only place in Travis County where you can drop off your mail-in ballot if you were approved for one but don’t want to use the U.S. Postal Service.

But the KVUE Defenders learned there’s a chance your mail-in vote won’t be counted, and not just because it came in too late.

"The No. 1 reason for rejecting the ballot is the voter forgets to sign your signature across the seal flap," DeBeauvoir said.

But there’s another reason your ballot might be rejected.

When you submit a mail-in ballot in Texas, county election officials compare your signature on the envelope to the signature on file with your application to vote by mail. If they decide it doesn’t match, it could be rejected and your vote won’t count.

Davis said the people who verify your signature aren’t trained signature experts. In fact, they hardly receive any formal training at all.

"What concerns me about that is by law, and it's a matter of law, there's not a whole lot that I can do about it," Davis said. "Signature comparison can be a very subjective thing."

Two people sued the Texas Secretary of State last year after their mail-in ballots were rejected because election officials decided their signatures didn’t match. As a result, their votes didn’t count.

But they won that lawsuit, and a judge recently ordered some statewide changes.

DeBeauvoir said Travis County officials do get some training, and she’s confident the process is reliable.

Another tip if you’re voting by mail: Don’t mail your ballot in the same envelope as someone else’s, even if it’s coming from the same address.

Keep in mind, if you plan to drop off your mail-in ballot in person, you have to do it yourself, otherwise, your ballot will get rejected.

If you want to vote by mail, there’s still time, but you have to be approved and you have to send in your ballot by mail application by Oct. 23.

Look up! Mars makes its closest approach this week until 2035