Austin Police Chief Brian Manley said Monday the department is still looking through arrest records to determine whether those arrested are from the Austin area. 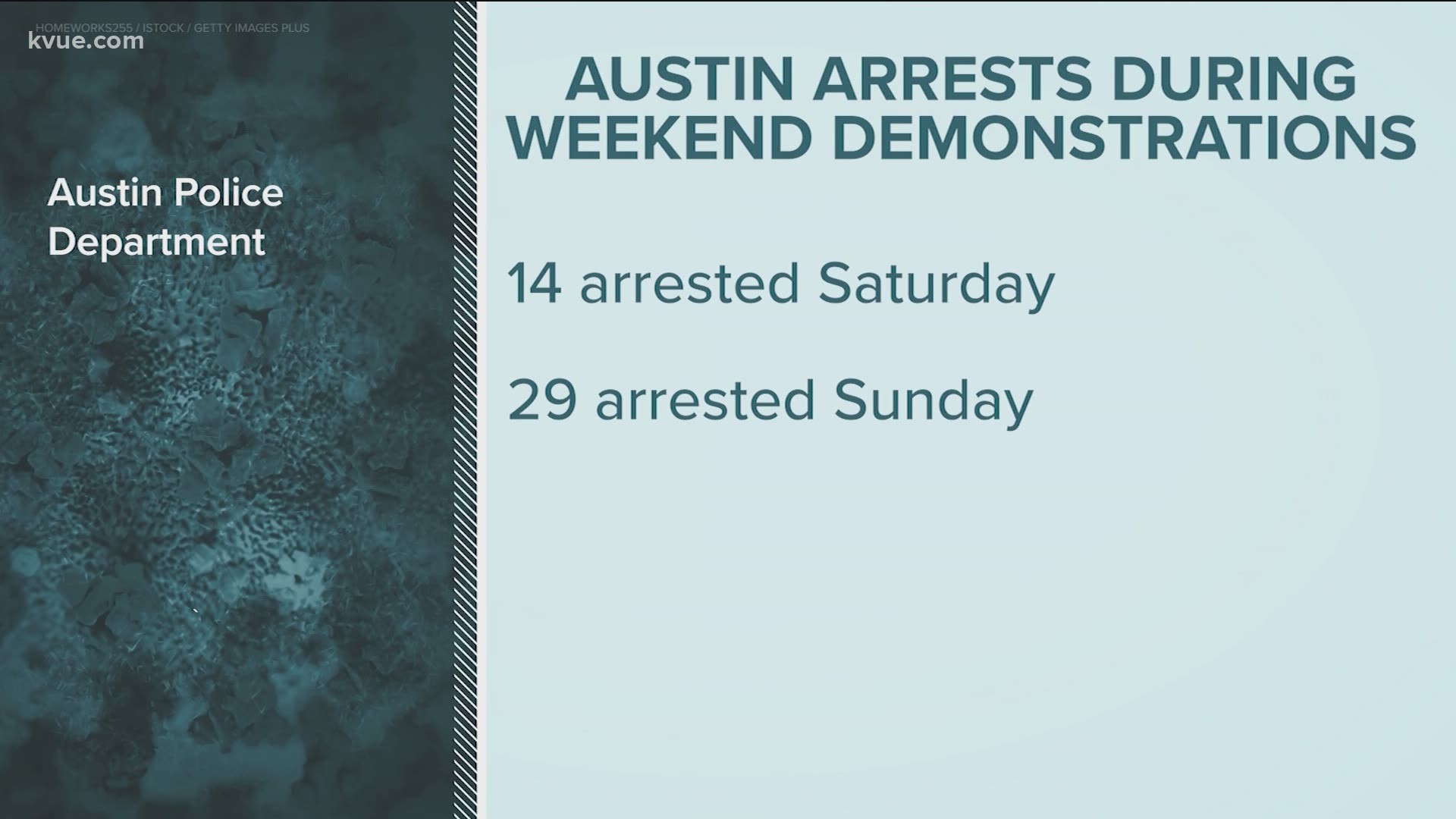 Police confirmed 14 people were arrested on Saturday in relation to the demonstrations.

Some of the charges included robbery, assault on a peace officer and obstructing a highway.

RELATED: Austinites join together to clean up Downtown Austin after weekend protests

Based on KVUE’s standard background check process, all of those individuals appear to be from the Austin area.

Several other individuals were arrested in connection to the riots, but KVUE is still waiting for police to release the names and charges of people taken into custody during the demonstrations.