The KVUE Defenders uncovered a loophole that allows potentially dangerous products to remain in your home even when manufacturers know there are problems. 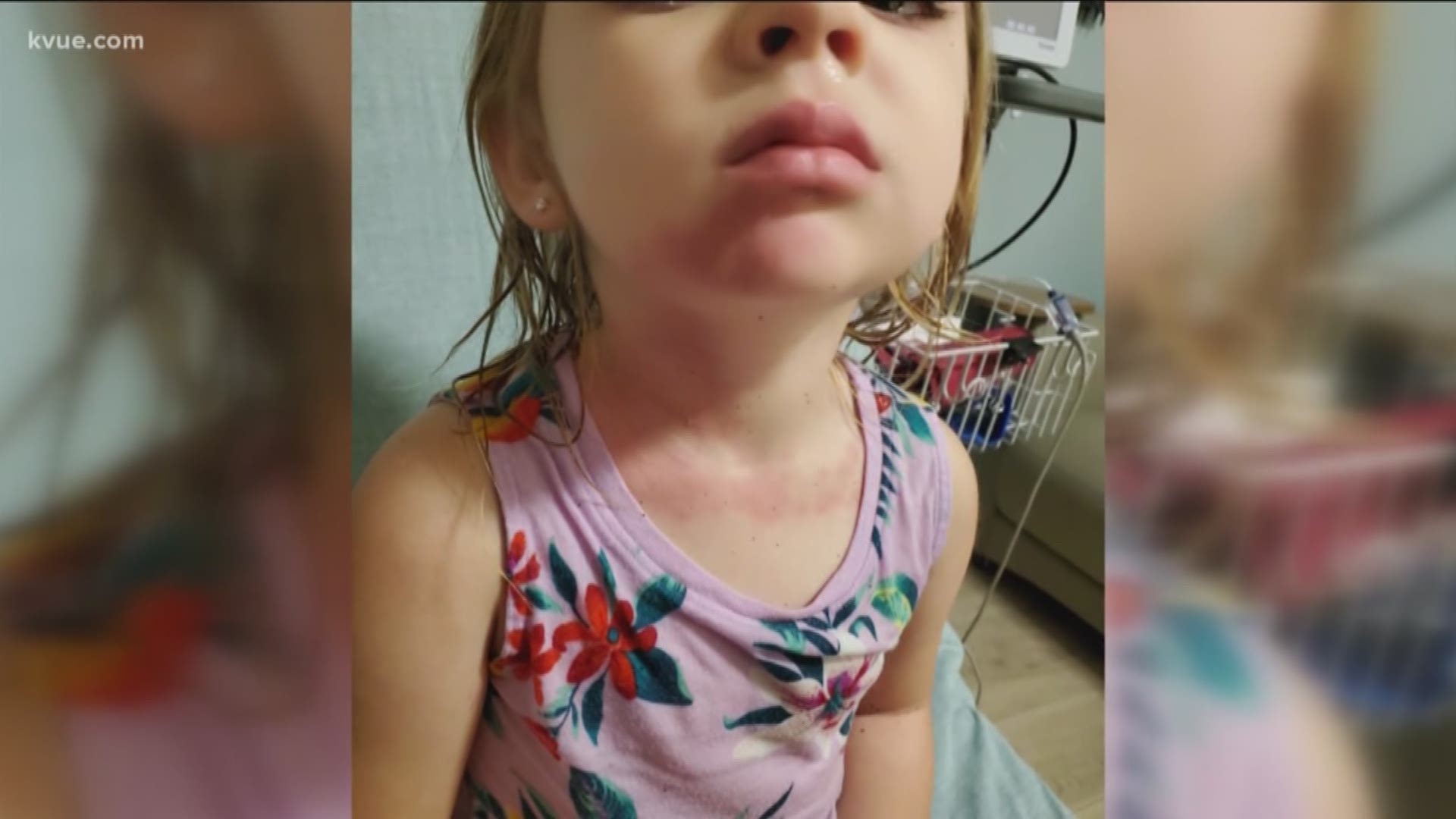 ROUND ROCK, Texas — You do everything you can to protect your family. And you count on the makers of your household products to do the same.

But the KVUE Defenders uncovered a loophole that allows potentially dangerous products to remain in your home, even when manufacturers know there are problems.

The Consumer Product Safety Commission was created to protect families from dangerous products, but a Round Rock mom feels the system is broken.

She had no idea there was trouble brewing in her own kitchen. Her daughter suffered because of it.

Life with a toddler is busy. Just try to keep up with 3-year-old Cadence Galloway.

It's why her mom, Rachel Stigler, needs a lot of coffee.

“I guess with the new machines, we all just kind of assume they're safer,” Stigler said. “We've never had any issues.”

For five years, her Keurig Mini coffee maker made it easy to start the day, until one day last November.

1 / 4
Rachel Stigler
A woman says her daughter was badly burned after a Keurig MINI plus brewer burst onto her.

“I turned my back to grab something off the counter. The next thing I hear is her screaming and the coffee machine was dispersing hot water and hot coffee, almost like it exploded,” she said. “It had covered her from her face down."

Cadence suffered first- and second-degree burns to her face and neck.

“It burned me and hurt,” Cadence told KVUE.

“It's apparently happened to people before,” Stigler said.

READ: Statement of Commissioners Adler, Kaye, and Robinson Regarding The Civil Penalty Settlement Agreement with Keurig Green Mountain, Inc. | Government | Politics
On Feb. 15, 2017, the Commission voted 4‐1 to provisionally accept a settlement with Keurig Green Mountain, Inc. to pay a civil penalty of $5.8 million to resolve CPSC staff allegations that Keurig knowingly failed to report a defect with its MINI Plus single‐serve brewing systems ("Brewers") that caused hot water and coffee grounds to spray out and burn unsuspecting consumers.

According to the Consumer Product Safety Commission, it's happened approximately 200 times, injuring at least 100 people. The Keurig Mini had actually been recalled in 2014.

“I didn't know about any recall,” Stigler said.

“The recall system needs to be far better than it is today. Right now it leaves people at risk of getting hurt or killed,” said William Wallace, the home and safety policy manager for Consumer Reports.

A legal loophole in the recall system

He said part of the problem is a controversial law, Section 6b, that sometimes prevents the CPSC from releasing company- and product-specific information, even when the products are connected to injuries or deaths.

“Every product recall is subject to negotiation between the companies and the government,” Wallace said.

It is not that way with car or food recalls.

“It's the textbook definition of the fox guarding the henhouse,” Wallace said.

The Consumer Product Safety Commission found that Keurig knew "a hundred customers had suffered burn‐related injuries to their faces, hands, and bodies."

And the company "missed opportunities to report" problems including "two requests by a retailer for Keurig to undertake a product safety investigation."

It took four years for Keurig to notify the CPSC of those issues. And only then in 2014 did the company agree to issue a recall.

The CPSC fined Keurig $5.8 million – the second-highest penalty ever – and then in a letter pointed out that "this penalty is not sufficient to deter Keurig or anyone else from delaying reports of dangerous products to the agency. It certainly makes the risk of a penalty seem worth the reward of greater profits from delayed reports."

"We need this agency to be able to protect the public and to protect children quickly and in a very strong way and right now it just can't do that,” Wallace said.

“I guess I thought if ever my daughter was burned by something it was because she pulled something on top of her, not because it expelled or exploded fluid onto her. I never imagined this would happen,” Stigler said.

She contacted Keurig and the company sent her a new coffee maker.

"Thanks for reaching out and giving us the opportunity to respond.

The safety and satisfaction of Keurig Dr Pepper consumers is our top priority. We are in communication with Ms. Stigler, and we’re taking this issue very seriously.

I can confirm that the K10 MINI Plus Brewer in Ms. Stigler’s home was part of a voluntary recall announced in 2014. At that time, we reported that hot liquid could escape from certain MINI Plus Brewing System units during use. We notified the Consumer Product Safety Commission and took action to inform consumers, providing free repair kits to resolve the potential issue. To date, we’ve received a small number of incident reports related to our older K10 MINI Plus model relative to the more than 7 million number of units previously sold in the U.S. and Canada. We continually work to improve the performance of our products, and all of our brewers manufactured after July 2014 are not affected by this issue.

For any consumers who are concerned that their brewer is among those units potentially affected, please call Keurig Consumer Care at (866) 901-2739."

“She still has some scarring,” said Stigler.

The entire process has been a wakeup call for Stigler.

“I am a little bit more cautious in our routines. We trust in these products and we still have to be cautious," she said.

Only 7% of recalled products are returned

The CPSC admits only about 7% of recalled products ever get turned back in.

So here's what you need to remember.

When you buy a product, register it. That allows companies to notify you of problems.

You can search all product recalls online.