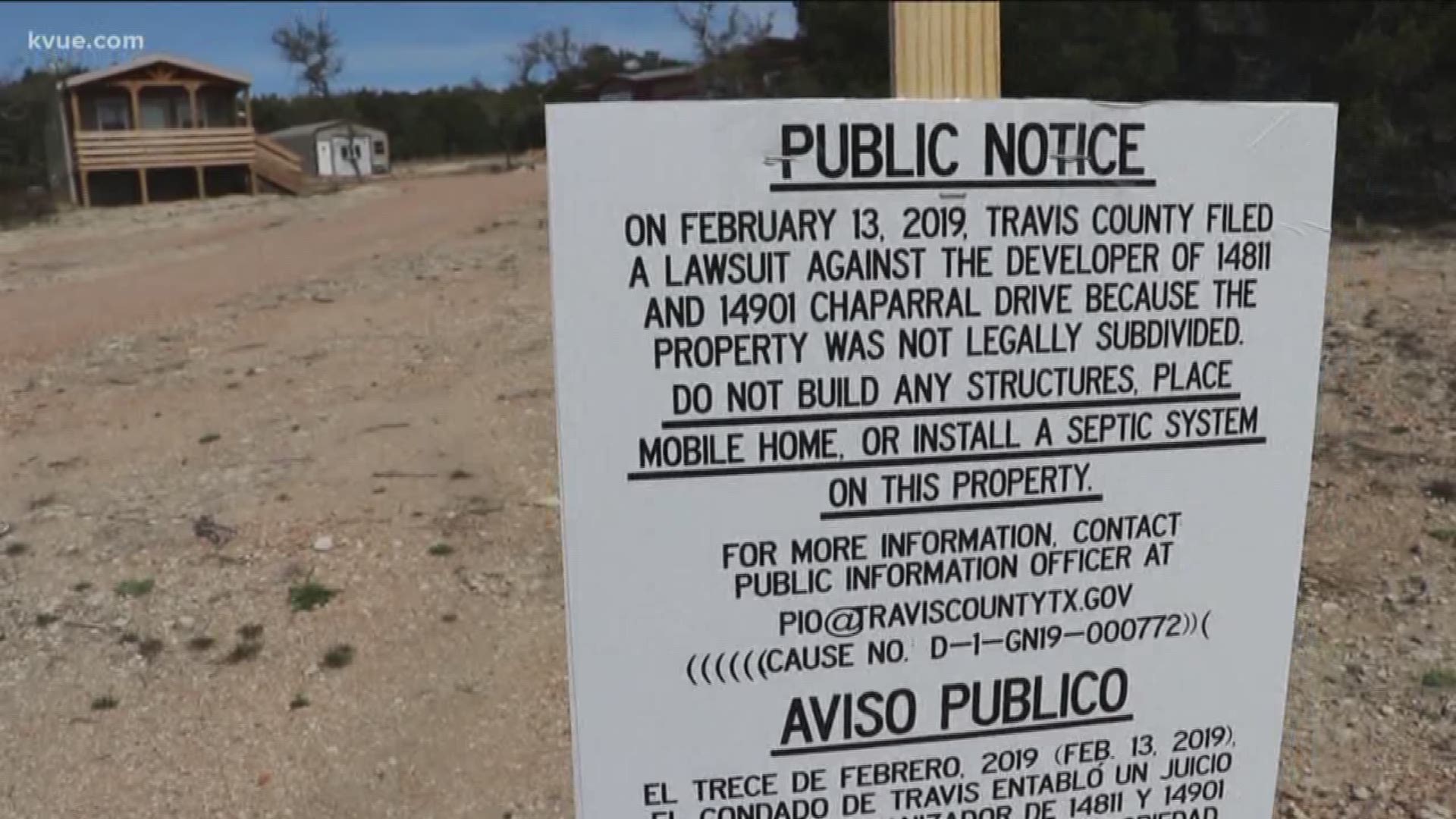 The KVUE defenders first told you about this business practice last year.

The latest lawsuit filed Friday is against Shield, Castro and Castro's current broker Matthew Evan Teifke, who was not his broker at the time of the development.

This lawsuit shows Shield and Castro are business partners, with each owning 50 percent in the company DGC Phase 1, LLC.

The Defenders told you how Travis County is suing over similar practices in another area of the county, near Leander.

Shield and Castro built what they call a condo regime, naming pieces of land as the condo units.

The county sued saying they illegally developed the area, which has families still living without permanent sewage treatment.

RELATED: Families living in a new Travis County development may be forced to move

Teifke responded to this story, telling KVUE he only recently sponsored Castro and "was not the broker of record at the time and had nothing to do with it."

Shield and Castro have not responded about the latest allegations, but Castro told us in February, "Our ultimate goal is to provide affordable and safe homesites [sic] for families in Travis County."