One survey was commissioned by outspoken community leader Mike Levy by a national pollster; the other was sought by a local political action committee. 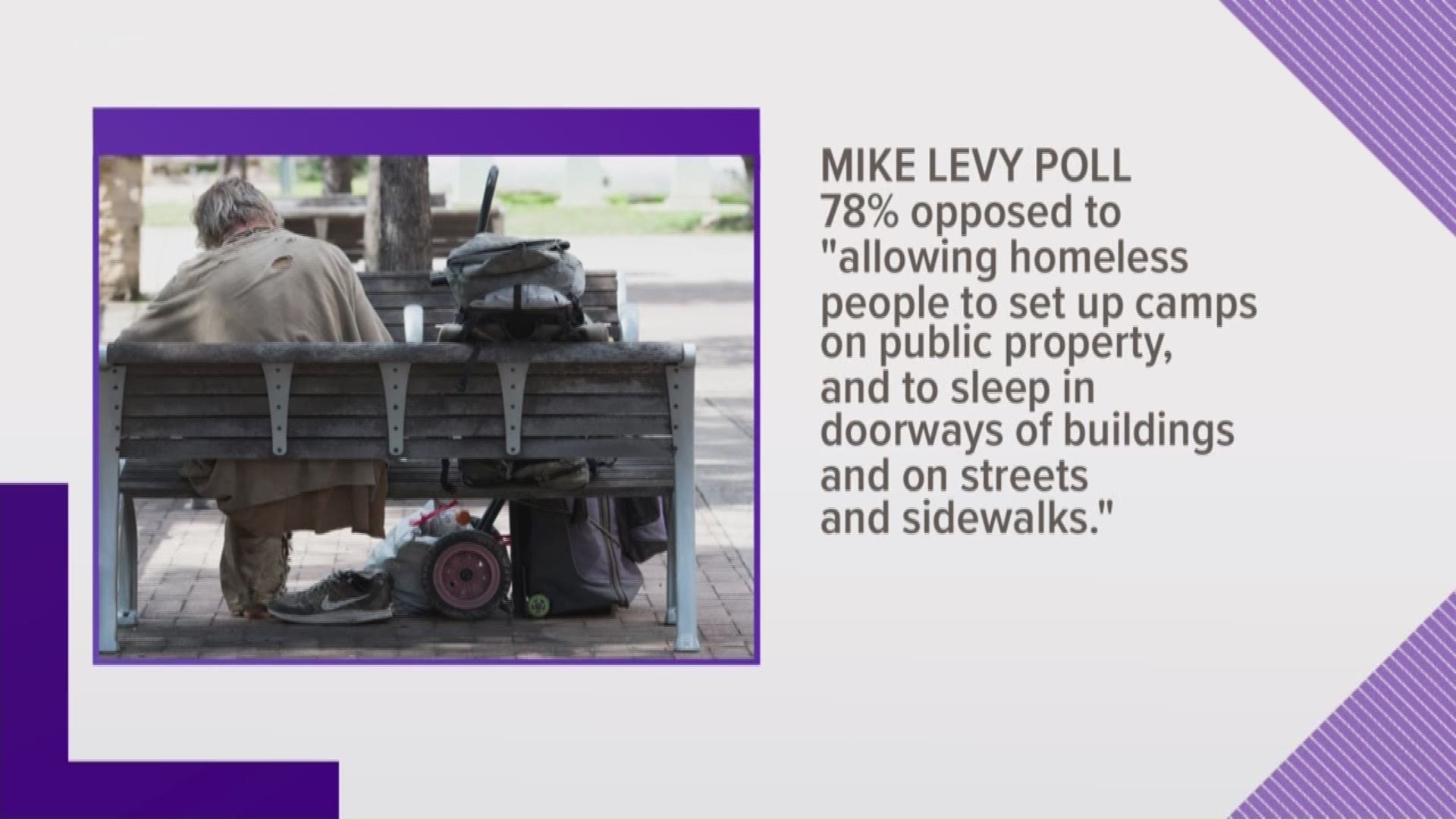 And while questions surround the credibility of both, the data likely will be used in coming weeks as officials continue to try to come up with a way to address what many consider a growing crisis.

The most recent poll was done by Austin-based Opinion Analysts on behalf of a political action committee working to improve homeless services. The organization is headed by a former staffer of Mayor Steve Adler.

According to those results, 51.7% of respondents approve or strongly approve of the City’s effort to “decriminalize” homelessness by relaxing panhandling, loitering and camping in public places.

Meanwhile, 66.1% of respondents said they approve or strongly approve of Mayor Steve Adler’s efforts to reduce homelessness, including more funding for shelters and services.

'Not in my city!' Hero Lyft driver reportedly stops attack on homeless man

Mike Levy, founder of Texas Monthly who has in recent years served on the City's public safety commission, said he contacted a national political pollster to help gather data for his survey, but he won't say who conducted the poll.

According to that survey of 400 Austin voters from throughout the city, 78% said they do not favor "allowing homeless people to set up camps on public property, and to sleep in doorways of buildings and on streets and sidewalks." Of those, 55% said they strongly oppose it.

Another 14% said they favor allowing the homeless to do so, while 8% said they are unsure.

Meanwhile, 48% of the 400 voters said they favor "moving all of the homeless service centers out of Downtown Austin near Seventh and Red River Streets to a more appropriate area." About 30% said they oppose doing so and 22% said they are unsure.

City officials in June struck down ordinances that prohibited panhandling and camping. This week, officials said they are considering proposals that would prevent camping in certain areas of the city, including parts of downtown.