No extra help for misclassified or unpaid workers

The Texas Legislature failed to pass a bill that would help workers in the state fight back if their employers aren't paying up. 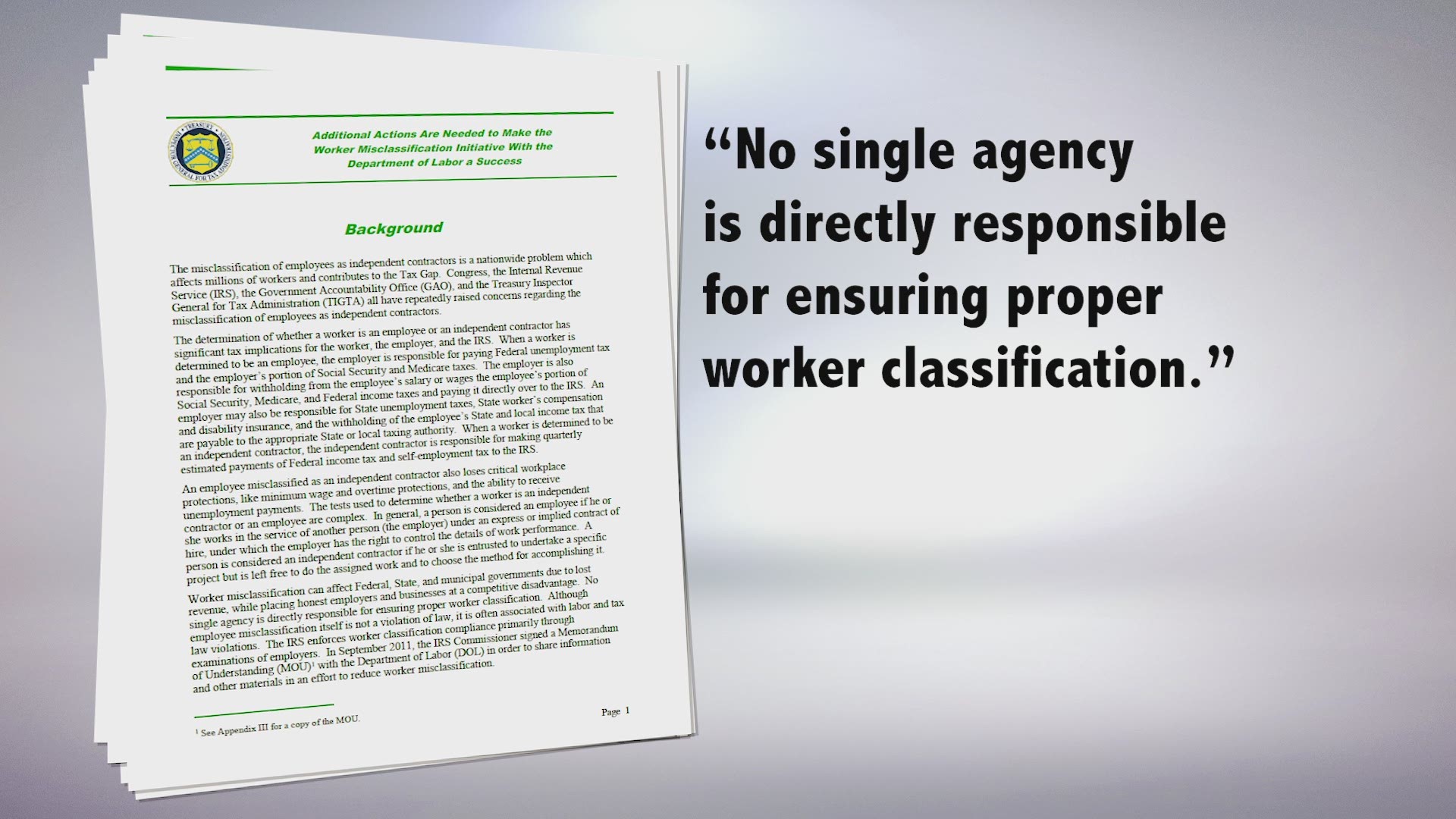 AUSTIN, Texas — During the 86th session this year, the Texas legislature failed to pass a bill that would help Texas workers fight back if their employers skip out on paying.

The KVUE Defenders told you how the Texas Workforce Commission ordered companies to pay workers but collected less than half of what’s owed.

Two bills filed in the house would have given workers more power.

One of those was HB 48, which would have created a database of employers who have been investigated and confirmed they owe wages to employees.

“If you are a homeowner, contractor, or if you were an employee you could go to the commission's web page and look at this database and see who has a final determination there,” said Ana Gonzalez, Build Better and Policy Director for Workers Defense Project.

The other, HB 399, would have allowed workers to have a year to file wage claims instead of the current 180 days.

“…particularly the low-wage workers who do not know who the Texas Workforce Commission is,” said Gonzalez.

HB399 also died in the Senate.

“Every year, there is over $6 million still owed to claimants in the Texas Workforce Commission. We definitely need an extra step,” said Gonzalez.

It’s not only wage theft cases. Another bill, HB2242, would have created a penalty for employers who intentionally misclassify their employees.

It, too, died in the Senate.

Defenders: Are you a contract worker or an employee