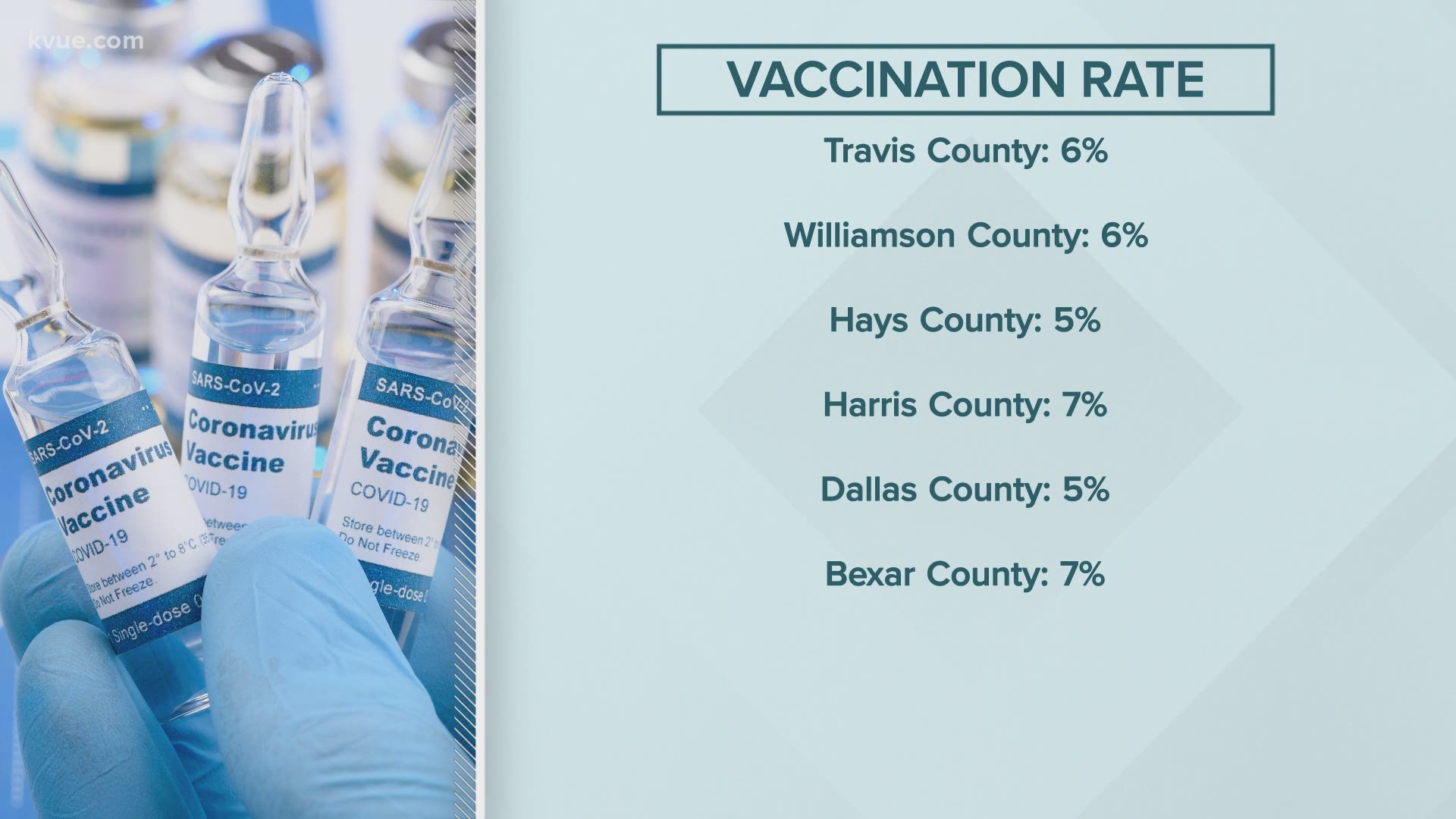 AUSTIN, Texas — Almost 1.5 million Texans have received the COVID-19 vaccine, according to data from the Department of State Health Services (DSHS).

But a KVUE Defenders analysis took a look at the local vaccination rates and found less than 8% of people age 16 and older living in Central Texas counties have had the first shot.

That means Texas has not used 39% of the vaccines available.

Credit: KVUE
Texas has not used about 39% of all available COVID-19 vaccines, according to DSHS data published Monday.

But the KVUE Defenders looked at the percent of Texans that have had the vaccine in counties across the state.

Travis and Williamson counties have both issued the first dose of the shot to about 6% of people age 16 and older. And that number is closer to 5% in Hays County.

Credit: KVUE
Most local counties have vaccinated less than 8 percent of all residents ages 16 and older, according to data from the Department of State Health Services.

The numbers are similar in counties like Harris with 7%, Dallas with 5% and Bexar County with 7%.

Texas is set to get more than 332,000 first doses of the COVID-19 vaccine from the federal government this week, according to a DSHS news release. And the State is ordering more than 215,000 doses intended as a second dose for people who already got the shot a few weeks ago.