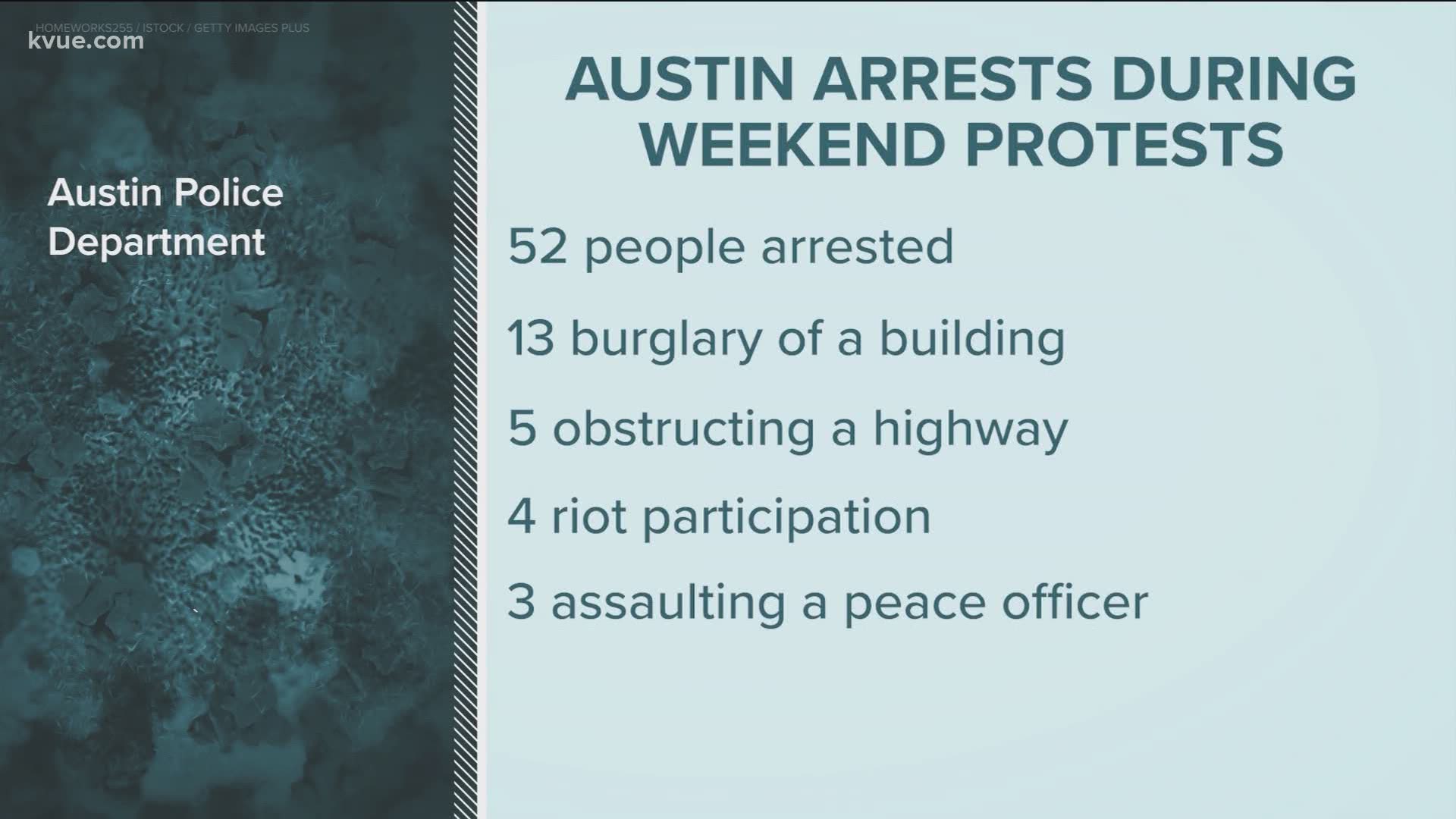 AUSTIN, Texas — Despite claims from Gov. Greg Abbott, the KVUE Defenders have not yet been able to identify anyone arrested in Austin as an out-of-state visitor.

Preliminary numbers from the Austin Police Department show officers arrested more than 50 people in connection to the protests over the weekend.

During the two protests on Saturday and Sunday nights, Austin police arrested 52 people.

“The violence is coming into Texas from across state lines,” Abbott said on Tuesday. “It’s committed by criminals who are hijacking peaceful protests in order to plunder and in order to loot.”

Abbott also reinforced his announcement from Monday that all violent protesters who travel to Texas could be subject to federal charges.

“We’re working with all four U.S. attorneys in Texas to ensure these criminals are going to be subject to federal prosecution,” he said.

Austin Police Chief Brian Manley said Monday his department is also working to verify which arrested Austin protesters are from out of state.