More than 6,500 Texas workers haven’t been paid what they’re owed

And many won't be getting their money anytime soon. 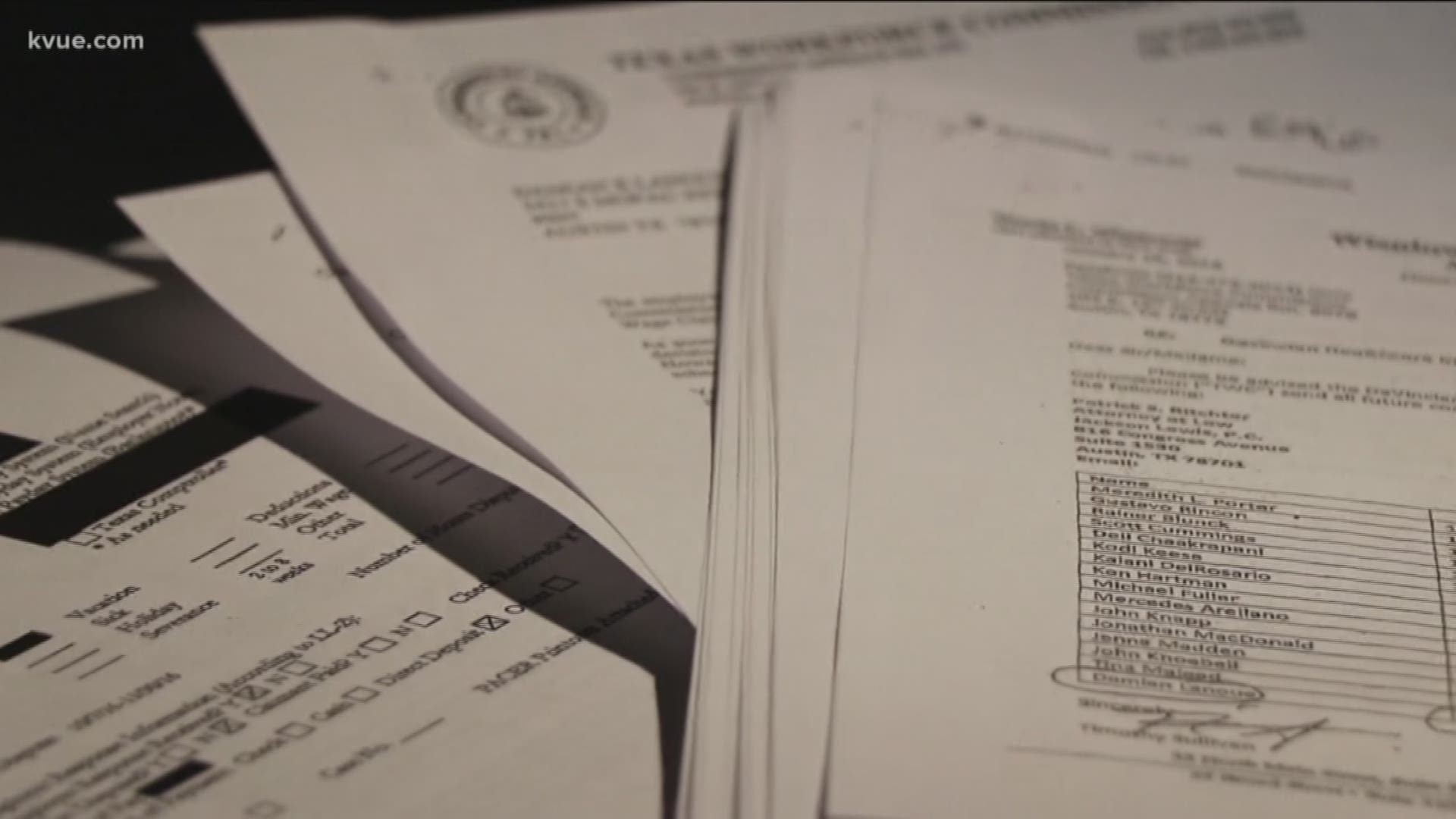 AUSTIN — You go to work every day. You work hard. You expect to get paid.

But what if you didn’t? What if, after three months at a company, your paychecks just stopped? What if it happened to your coworkers, too?

That’s what happened to Damian Lanoue when he worked at Davincian Healthcare in 2016.

“People would start asking questions. ‘Hey, did you get paid?’ You know, ‘Have you gotten paid? Have you?’ And then the health insurance started bouncing,” Lanoue said.

“I was hopeful that at some point, they would be able to turn it around because that was what they told us all the time,” Lanoue said.

But Davincian laid off Lanoue on November 30, 2016. The company told the Texas Workforce Commission (TWC) it was “due to corporate restructuring.”

Lanoue filed his grievance with the TWC to seek remuneration for three months of using his credit cards to survive.

After appeals, the TWC ruled in 2018 that “Davincian Healthcare Inc. must pay” Lanoue.

The KVUE Defenders reached out to Davincian’s corporate officers through their attorney, but never heard back.

So, we went to the TWC for answers.

Texas has a nearly $28 million problem

“We are a complaint-driven process. We are not an advocacy role,” Lisa Givens, Communications Director at Texas Workforce Commission, said. “Our role is to respond to the complaint, is that we receive and settle the wage disputes based off the information that we have.”

App Users! are you having trouble seeing this search tool? Then, CLICK HERE!

This data includes only companies with three or more unpaid wage claims filed with the Texas Workforce Commission since 2013.

“We are completing our role in terms of this process as efficiently as we can, and we would like to see everyone paid, of course,” Givens said. “But we are using the tools available to us.”

Those tools include liens, bank freezes and state vendor holds. But if a business declares bankruptcy or closes down – like Davincian– employees can be stuck without what they’re owed.

Chuck Ross, a deputy director with the TWC, testified in the House Business and Industry Committee during the 2017 legislative session. He said the state can’t do much if a business closes.

“That’s the real challenge for us. I’m sorry I don’t have anything more complex, but that really is the challenge is when the business with the set of corporate officers declares bankruptcy, moves to another location,” Ross said.

So, is there anything that can be done to fix this pricey problem?

No fix in sight for some Texas workers

“That’s something that we see – that it’s very common where employers closed their business, and they can open another one and there’s very little that the state agency can do to try to collect from them,” Gonzalez said.

As for legislation that might help in situations like Lanoue’s, State Representative Mary Gonzalez filed a bill to create a database of employers penalized for not paying employees.

“It makes me feel like the system only serves those that already have and the people that are trying to have, they’re usually the ones that don’t end up winning,” Lanoue said.

For tips on how to file a claim and build a strong case, click here.

If you have a story idea for the Defenders, email us defenders@kvue.com.

EDITOR'S NOTE: Texas Workforce Commission released additional wage claim data after the publishing of this article which changed their collection efficiency rate. The statistics in this article have been updated to reflect the new data provided.